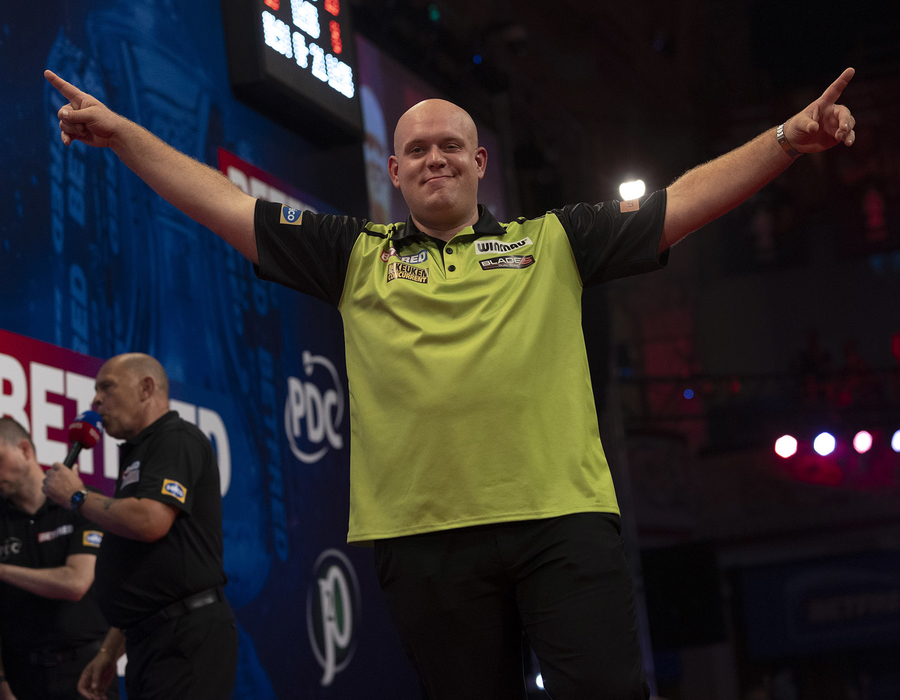 Mighty Michael van Gerwen has been drawn to face Lithuanian Darius Labanauskas in his opening match as the World Series of Darts returns at the Nordic Darts Masters.

On the hunt for his first televised title of 2021, the winner is set to play either Nathan Aspinall or Madars Razma in the second round.

“The Queen of Alexandra Palace” Fallon Sherrock will make her return to the PDC stage against Niels Heinsøe at the inaugural Nordic Darts Masters.

Sherrock's first televised PDC outing since last September will see her take on Danish World Cup representative Heinsøe in one of eight first round ties to take place on Friday September 17 at Forum Copenhagen.

The winner will meet either world number one Gerwyn Price or Sweden's Daniel Larsson in the quarter-finals which will be played on the afternoon of Saturday September 18.

The eight PDC stars were drawn against the Nordic & Baltic representatives for the first round as the World Series returns to action, with newly-crowned World Matchplay champion Peter Wright set to face experienced Finn Marko Kantele.

The afternoon session on Saturday September 18 will feature the quarter-finals, before the decisive evening session will see the semi-finals and final before the champion is crowned.

The schedule of play will be confirmed in due course.

The tournament will be shown live on Viaplay, worldwide through the PDC's broadcast partners including ITV4, DAZN and RTL7, through PDCTV for Rest of the World Subscribers and via matchroom.live.