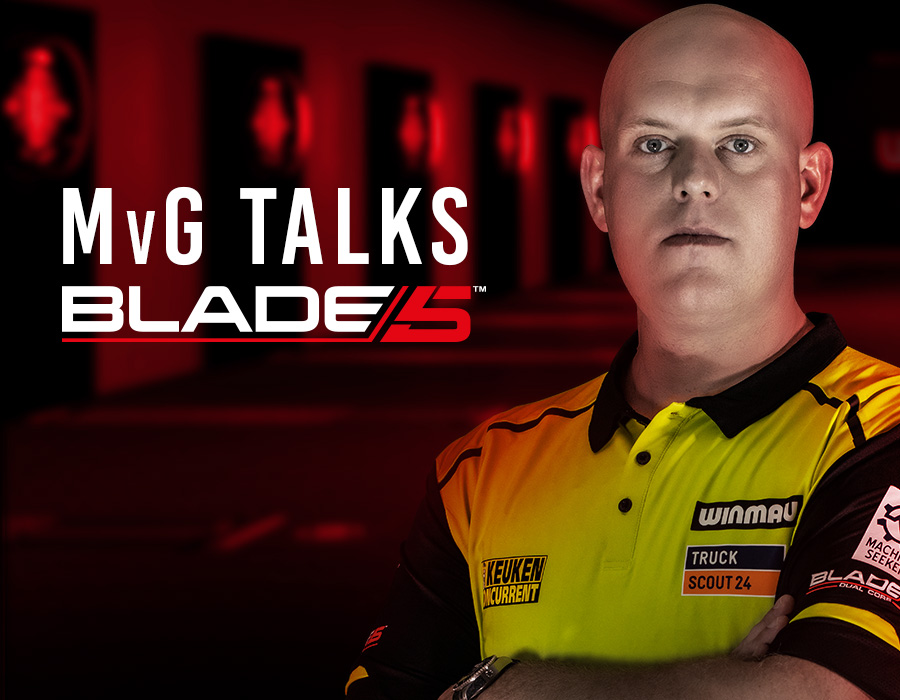 Without the dartboard there is no darts, and this is the most essential part that affects the game whether it’s on TV, at your local pub or at home.

So, we asked World no.1 Michael van Gerwen about his earliest memories of Winmau dartboards, his experiences and the Blade in particular.

Michael said “As a youngster coming through the system in the Netherlands, then the Netherlands Darts Federation, I was just surrounded by Winmau boards all the time. There were other dartboards but we didn’t seem to notice them as much as every major event we played on was a Winmau board”

Michael’s career blossomed from the age of 14-15 as he began to take the game more seriously. It was not long afterwards that Michael thrust himself into the spotlight at the 2006 Winmau World Masters, becoming the youngest ever winner and claiming his first ever major title, played on a Winmau Blade 3.

“Yeah my first ever major was won on a Winmau Blade 3, although at the time you didn’t notice what version of the dartboard you played on,” said Michael “You just knew that if it was a Winmau dartboard there was that feeling of reliability and quality, like a great car such as a BMW or Ferrari.”

“Everyone who played knew Winmau and the brand name was so strong and synonymous with the game, so to fast forward 15 years and to have signed with such an iconic brand really is amazing.”

Winmau’s Blade journey has taken shape over 25 years and the company has invested heavily in the research and development of the Blade concept, which has delivered some huge benefits to the game of darts.

With the current evolution of the Blade, the dartboard has got to a point where dart-on-dart bounce-outs far out-weigh rejections from the dartboard.

Michael has now seen first-hand the production process which Winmau work to and said “Having been and witnessed how much effort, skill and obsession goes into creating such a fantastic board, it really is fascinating.”

“This obsession to be the best is probably one of the biggest factors that makes myself and Winmau a perfect match, I have an almost identical desire and drive to produce the best in my game”

Michael’s journey with Winmau began at the start of this year and Mighty Mike has hit the ground running, lifting the UK Open title last weekend in dominant fashion.

This is just the beginning of Michael’s story with his new Winmau darts and we are very much looking forward being part of the journey as he continues to hunt down major trophies at the top of World darts.