Michael van Gerwen On Fire With A Treble 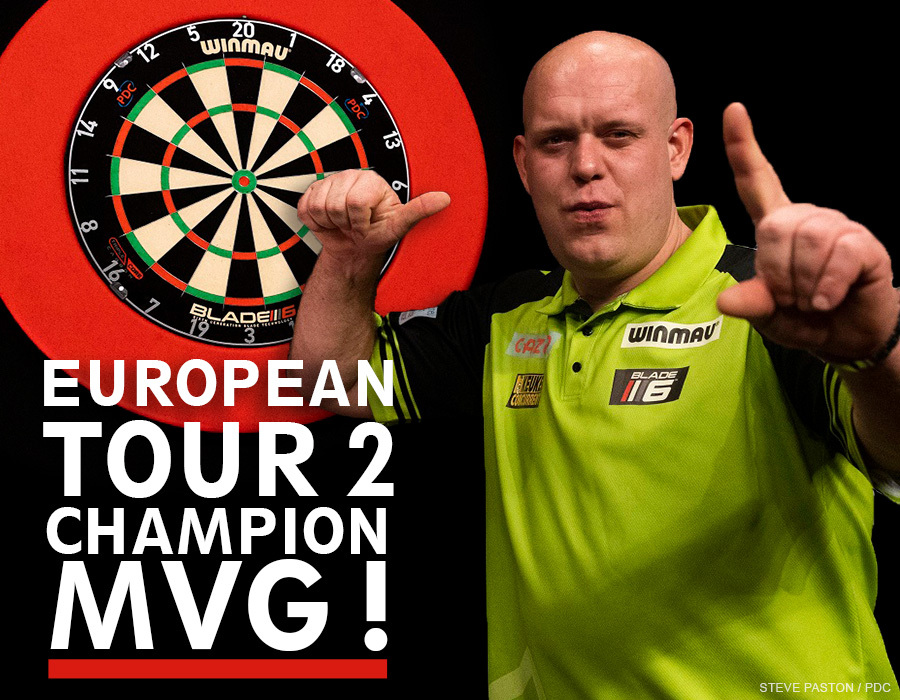 Michael van Gerwen Former three-time world champion, continued his red hot form with a scintillating victory at the 2022 German Darts Championship in Hildesheim, following off the back of 2 Premier League wins.

Michael van Gerwen On Fire With A Treble

Michael van Gerwen Former three-time world champion, continued his red hot form with a scintillating victory at the 2022 German Darts Championship in Hildesheim, following off the back of 2 Premier League wins.

The inform Dutchman was really happy to claim his first Euro Tour title of the year, and equally as important climbing back to Number 3 in the World and the Dutchman added "This latest victory was really nice as it followed on from Brighton’s victory on Thursday night and it’s great to be also four points clear at the top of the premier league table, as I'm as hungry as ever to be the World Number 1".

The Dutchman began his campaign against talented Spaniard Jose Justicia, with Justicia coming into the match after beating George Killington in round 1 on Friday and did not disappoint winning 6-3 with a 104.15 average flying into the third round with a Sunday match against the inform Martin Lukeman, who came through an epic tussle with Damon Heta on Saturday winning 6-5 despite the in-form Australian averaging a staggering 108.82 where Lukeman’s 54.55% success on doubles steered him through.

Michael’s performance was rock solid never once going behind and posting a 95.13 average with three maximums and just shy of 40% on doubles winning the match 6-4.

With a mouth-watering clash to come against Peter Wright in the quarter finals, there was drama as “snakebite” pulled out of the tournament just before the match with a suspected back problem allowing the Dutchman a bye to the semi-finals against Belgium Dimitri van den Bergh.

This was arguably the game of the tournament featuring five 180s and twenty-three 140s with both players averaging over a 100 and having match darts, but it was Michael who held his nerve moving in the final against Robb Cross.

Like his semi-final, the Dutchman inspired Cross to a very strong performance with “Voltage” averaging 101.53 in the final, but it was clearly Michael of old who averaged 104.08 coming from behind and nailing double eighteen to close out the match and the £25,000 prize, that saw him return to number three in the World.

Michal said "My form has been really good for many months now, I've worked really hard with my new darts and they are exactly as I want now which is really helping me get that key confidence back under pressure, and I'm really looking forward to fighting my way back to the World Number 1 spot".

Daryl Gurney also impressed in Germany after reaching the semi-finals in Hildesheim. Impressive victories for “Superchin” against the likes of Premier League champion Jonny Clayton in the quarters and Masters champion Joe Cullen in the round and will hope for a run when the Pro-Tour events continue in Barnsley next weekend.

Route to the Final: