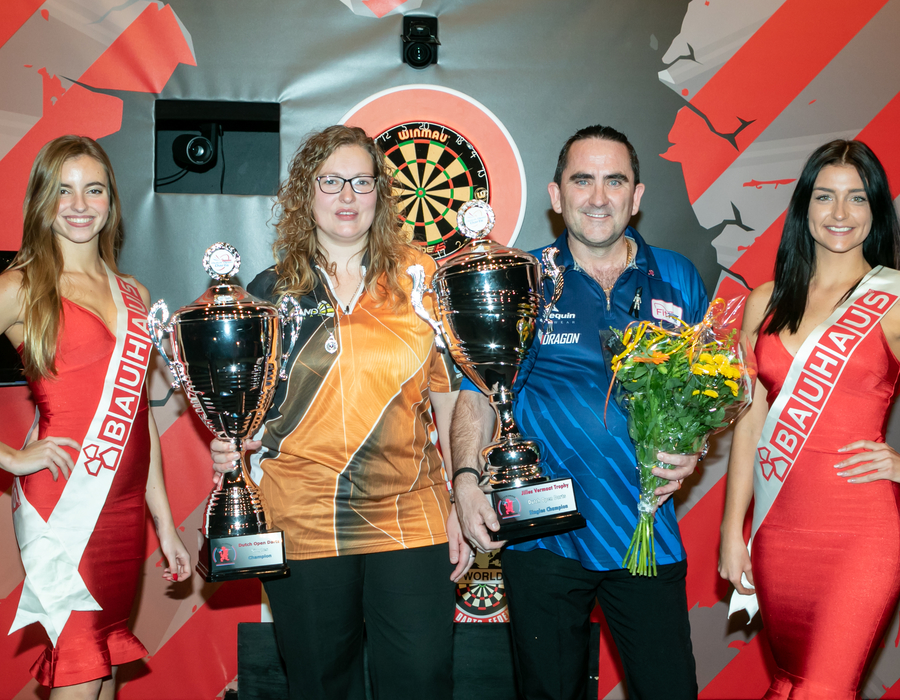 The World’s largest open darts tournament was contested over three days of action between 31st Jan – 2nd Feb where over 5,000 players took part. Montgomery claimed the Mens singles title in dominant fashion with a 3-1 win over Brian Raman, lifting the trophy for the second time in his career.

Ross also took the pairs title with his partner Martin Adams on Sunday evening in a much tighter final, defeating Colin Roelofs and Ryan de Vreede 5-4.

In the ladies category, Aileen de Graaf was crowned Dutch Open ladies champion for the third time in her career, defeating Anca Zijlstra 5-2 in final. In the women’s pairs Ziljstra also came in as the runner-up with partner Femke van Zuiden as they lost 4-2 to English pair Lorraine Winstanley and Margaret Sutton.

In the youth categories, Mark Tabak was crowned the U18 Boys champion with a 4-2 win over fellow countryman Marcel Bus 4-2, whilst Stijn Verbakel was named U14 Boys champion after whitewashing Francesco Basili 3-0.

Defending girls champion Layla Brussel once again made it to the final but this time Lerena Rietbergen defeated her 3-1 to win the title.