MvG Firing On All Cylinders 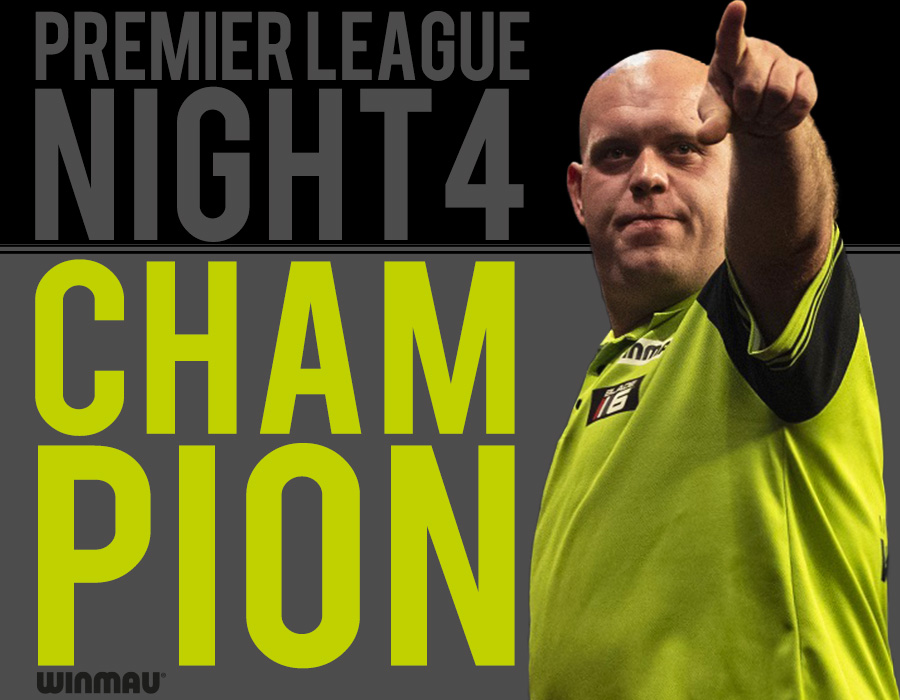 The Green Machine is back firing on all cylinders after a victorious Night 4 of the Premier league held at the Westpoint Arena, Exeter.

MvG Firing On All Cylinders

The Green Machine is back firing on all cylinders after a victorious Night 4 of the Premier league held at the Westpoint Arena, Exeter.

The previous 5-time Premier League winner started the 2022 Premier in a slow fashion only reaching the semi-final only once before the start of Night Four. MvG came up trumps with a massive 6-0 whitewash over Double World Champion Peter ‘Snakebite’ Wright, claiming the five points and pocketing the £10,000 that comes with it.

Michael was matched previous first place holder Jonny Clayton in the quarter-finals and took out “The Ferret” in a swift fashion beating him, 6-1. The semi-final saw the Dutch favourite take on Michael Smith, which ended in a 6-2 win and a top class 75% check out percentage. MvG thought dropping three legs was enough on the night and moved to the final wiping out Snakebite in a sublime whitewash, MvG showed his pedigree in the sport with a clinical 70% checkout average for the night.

"I think it was a really important win tonight, I've been waiting for this for quite a long time," said Van Gerwen.

"I didn't perform 100 per cent in the previous Premier League nights, but tonight I played some good darts.

"I think I deserved to win tonight and there's more to come, hopefully I can kick on for the rest of the tournament.

"I've been trying to develop my game and improve; winning tonight gives me confidence."

Cardiff champion Wright had seen off world number one Gerwyn Price and James Wade with 6-2 victories by averaging over 100 in both games. However, he had no answer to van Gerwen as he missed out in the final - although the Scot remains top of the table.

Losing semi-finalists Smith and Wade leave Exeter with two points each thanks to their respective quarter-final victories over Joe Cullen and Gary Anderson - with Smith picking up his first win of the season.

The Cazoo Premier League roadshow heads to The Brighton Centre on Thursday March 10 for Night Five of the league phase, as Wright meets Clayton in a first-versus-third contest.

The night's other quarter-finals will see MvG take on Wade, Anderson faces Smith and Cullen plays Price for a share in the £1 million prize pot.CLICK HERE TO BOOK TICKETS FOR NIGHT FIVE IN BRIGHTON

The Cazoo Premier League is being broadcast live on Sky Sports in the UK, through the PDC's worldwide broadcast partners including DAZN and Viaplay, and on PDCTV for Rest of the World Subscribers (excluding UK, Ireland, Germany, Austria & Switzerland).