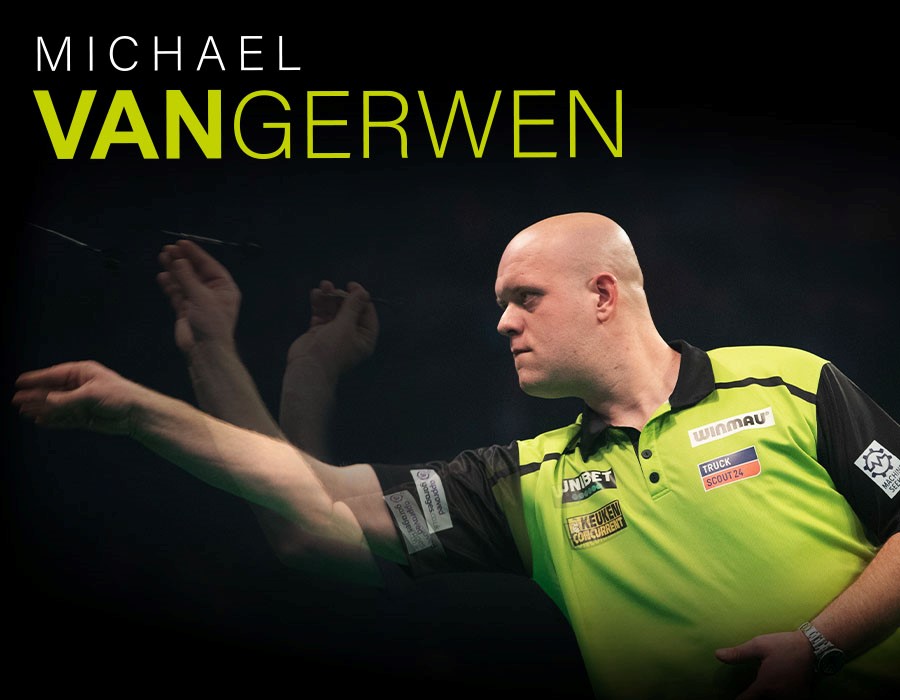 Michael van Gerwen has played the first two weeks of the Premier League with the latest edition of his darts, of which he is on a journey with to help propel his game forward.

Over the first two weeks we’ve seen some extremely strong finishing from Michael, that even he’s been surprised at this early in his journey to find his perfect set of darts.

Michael said “I’ve been trialling two or three sets of darts in practice over the last 6 weeks and I’ve now settled with one set. These darts are really helping me finish and the more I practice I’m really seeing my confidence rise.”

Michael’s practice routines have changed a great deal over his entire career, but the World No.1 knows exactly when and how he needs to sharpen up his finishing and in which way.

As one of the game’s finest counters he is regularly setting up finishing such as 164, which he’s hit multiple times this year already, finishing with aplomb on T19, T19, Bull – which is an outstanding feat to take on.

Michael’s practice focus delivers a lot of work in a short space of time with his intense schedule due to high amounts of travelling. We spoke to Michael to find out how does he maintain the sharpness in his game.

“For me practice is not about how much, but more about focusing on key drivers and currently these are my new darts and how I’m placing them around the board more naturally, and I’m getting there week by week”

The MvG design range has been received phenomenally in the marketplace and Michael is excited for the new journey that he is on with Winmau, where he can add his world-class expertise to the company’s decades of design experience and very much look forward to this partnership.

Michael sits on top of the Premier table, boasting the only remaining 100% record and faces Nathan Aspinall tonight in Cardiff, where he can be guaranteed a passionate crowd and a stern test.

Night Three will be broadcast live on Sky Sports in the UK, on PDCTV for Rest of the World subscribers and through the PDC's worldwide broadcast partners including DAZN and RTL7.