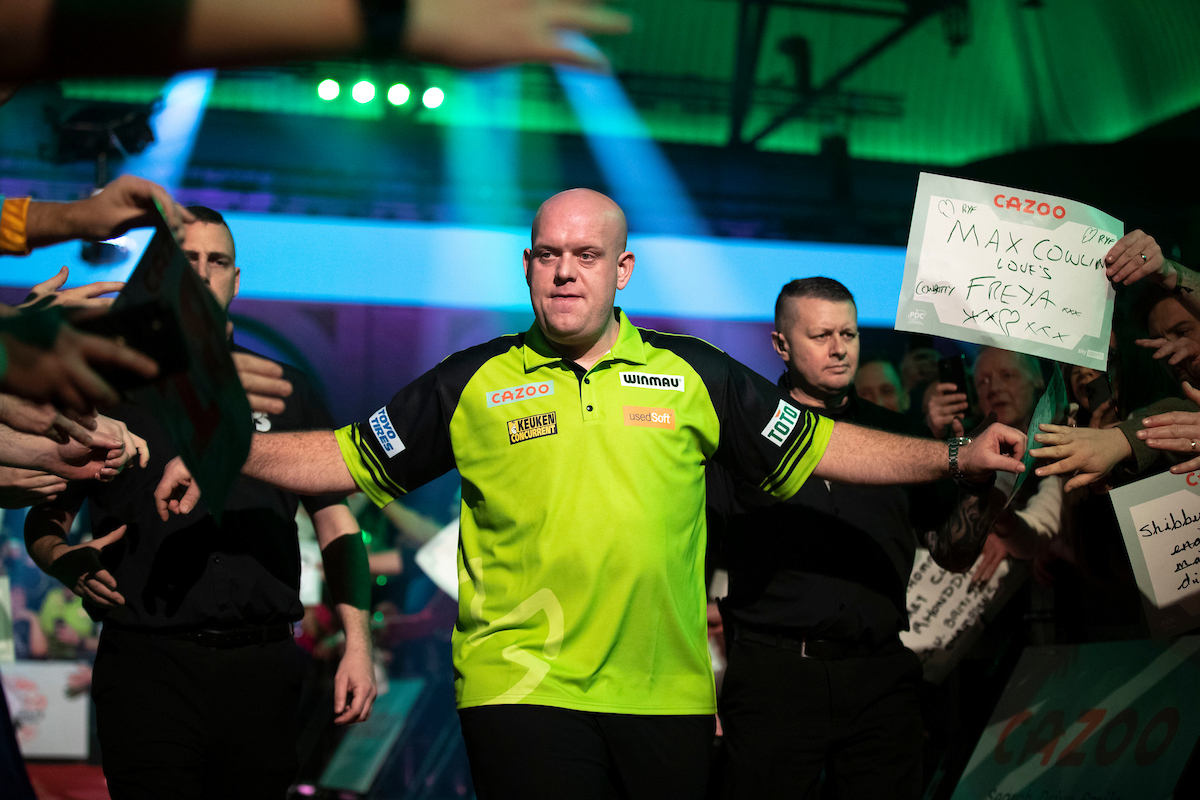 Former three-time World Champion Michael van Gerwen is only one game away from his fourth World Darts Championship crown, after whitewashing Dimitri van den Bergh 6-0 to set up a clash with last year’s Runner Up Michael Smith with the winner set to receive £500,000 and crucially the World Number 1 spot.

The Winmau man opened a 2-0 lead in the first set but watched on as his opponent making his first appearance in a World Semi Final pinned the bullseye to complete a 170 checkout. MVG closed out the decisive fifth leg on his throw to take an early lead at the Alexandra Palace.

The Dutchman continued to cause the former World Matchplay champion problems on the oche, as he claimed the second set without reply from his opponent with just two missed darts at double to double his lead in North London.

The Belgian who was unhappy with possible encroachment from the reigning Premier League champion, continued to struggle on the stage as van Gerwen raced into the third break 4-0 ahead including a 170 checkout of his own, to break the throw in the third set.

From then on, the Dream Maker failed to win a single leg as Mighty Mike ran riot, breaking Van den Bergh three times going on to wrap up victory with his first dart at double tops and book a place in his 6th World Darts Championship Final with a staggering average of 108.28.

The Final will be a repeat of the 2019 Final between Van Gerwen and Michael Smith, with the Winmau man coming through the winner in what was his last World Championship success.

Bully Boy is a much better player than he was four years ago, with a Grand Slam to his name now as well as the US Darts Masters, where he beat MVG in the Final at Madison Square Garden, New York.

Smith continued his perfect record in World Championship Semi Finals after beating German international Gabriel Clemens 6-2, including 19 maximums and five ton plus checkouts in the contest.

The 2023 Cazoo World Darts Championship Final is live on Sky Sports from 7:45pm as we find out whether their will be a new name on the trophy, or Mighty Michael van Gerwen will become a four-time World Champion.