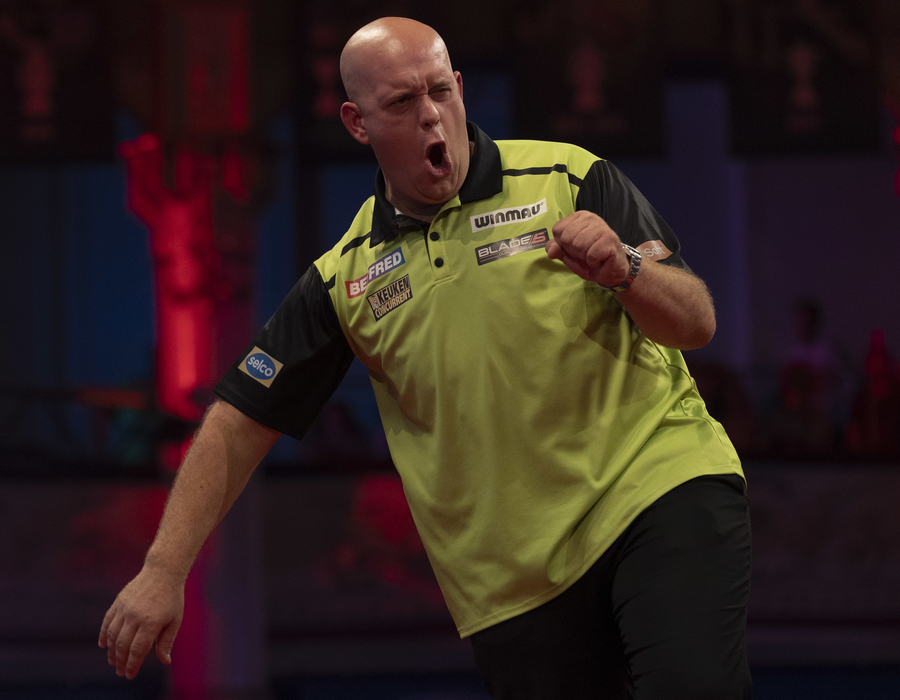 Michael van Gerwen is set to face Darius Labanauskas in his opening match at the inaugural Nordic Darts Masters, as the World Series of Darts returns for 2021.

The first World Series event of 2021 will see 16 players competing to become the first Nordic Darts Masters champion from September 17-18 at Forum Copenhagen in front of a packed Danish crowd and Live on ITV4.

Mighty Might is amongst a field of eight PDC stars that will take on eight Nordic & Baltic representatives in Copenhagen.

The winner of MvG’s opening clash will await either Nathan Aspinall or Madars Razma of Latvia in Saturday afternoon’s quarter-finals.

The invitational event will also see Fallon Sherrock return to the PDC stage a year to the date since her last televised appearance.

Following her Alexandra Palace exploits in December 2019 as she became the first woman to win in the PDC World Championship - creating global headlines by defeating Ted Evetts and Mensur Suljovic.

ITV4 coverage on Friday September 17 for fans in the UK & Ireland will be from 2115 BST. Play from 1800-2115 BST will be shown for free via PDCTV for registered users. Coverage from 2115 BST onwards will only be via ITV4.