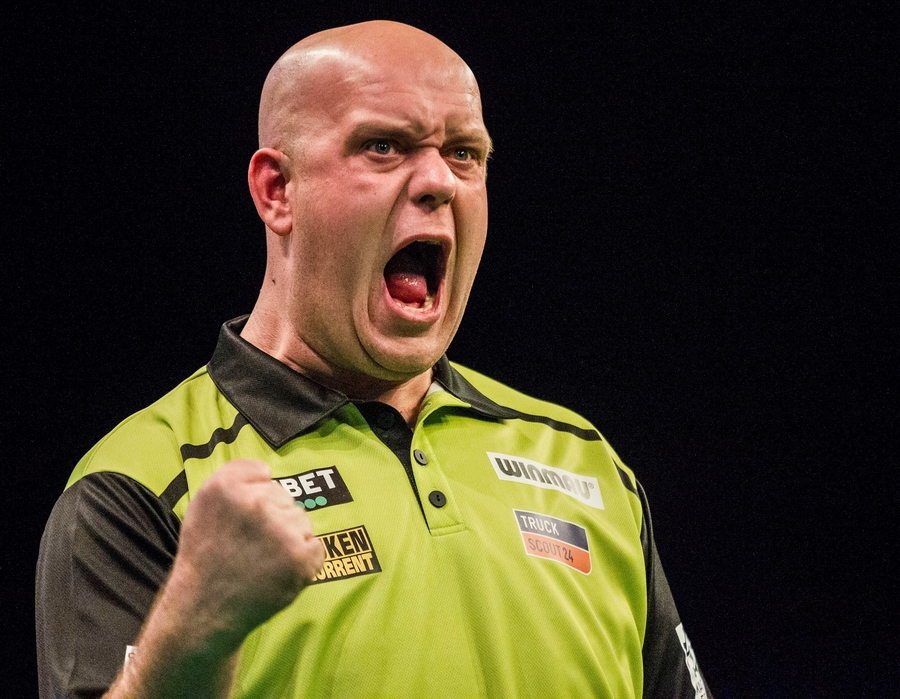 The World No.1 crushed Mensur Suljovic 8-1 in the final in Niedernhausen, Germany for a much-needed victory after a below par run of form.

MVG reeled off a trio of ton-plus averages during a classy afternoon and was quick to dismiss any talk of crisis or relief just to get a win under his belt.

He said: “It’s no relief at all. People probably think it’s relief. I just think to myself ‘it’s still there’.

“I’m still capable of doing the right things at the right moment. I don’t need to have any relief because I know what I’m capable of.

“If I’m capable of playing my own game, no one is going to beat me. Simple. And I keep saying that.

“It’s not been about switching darts, it’s about going back to basics and getting your confidence back. There’s only one choice for me, go back to the old darts.

“From then on we are going to move on. I think with Winmau behind me I have a lovely company, probably the best darts manufacturer in the world.

“I think it’s myself. Everybody knows it’s not the darts. It’s also the belief I have in the darts. I have won so many millions of pounds with those darts so it’s difficult to not have any confidence with them.

Van Gerwen looked back to his old self with a dominant afternoon. He beat Reece Robinson 6-2 with a ton average and then dumped Dirk van Duijvenbode 6-0, with a dazzling 106 average.

Then the World No.1 finally ended his Glen Durrant hoodoo with a 6-2 win and 105 average before ending Damon Heta’s 11-match unbeaten run without dropping a leg.

Luke Humphries was also inspired. He rattled in three ton-plus averages in wins over Ryan Joyce, Rob Cross and Keegan Brown before losing out to Mensur Suljovic in the quarter-finals.

Lisa Ashton had another productive day with wins over Jamie Hughes, Alan Tabern and Boris Krcmar. She eventually was beaten 6-3 by Nick Kenny who had his own excellent run ended by MVG in the semi-finals.