MvG Tops the Table after Night 5 of the Premier League 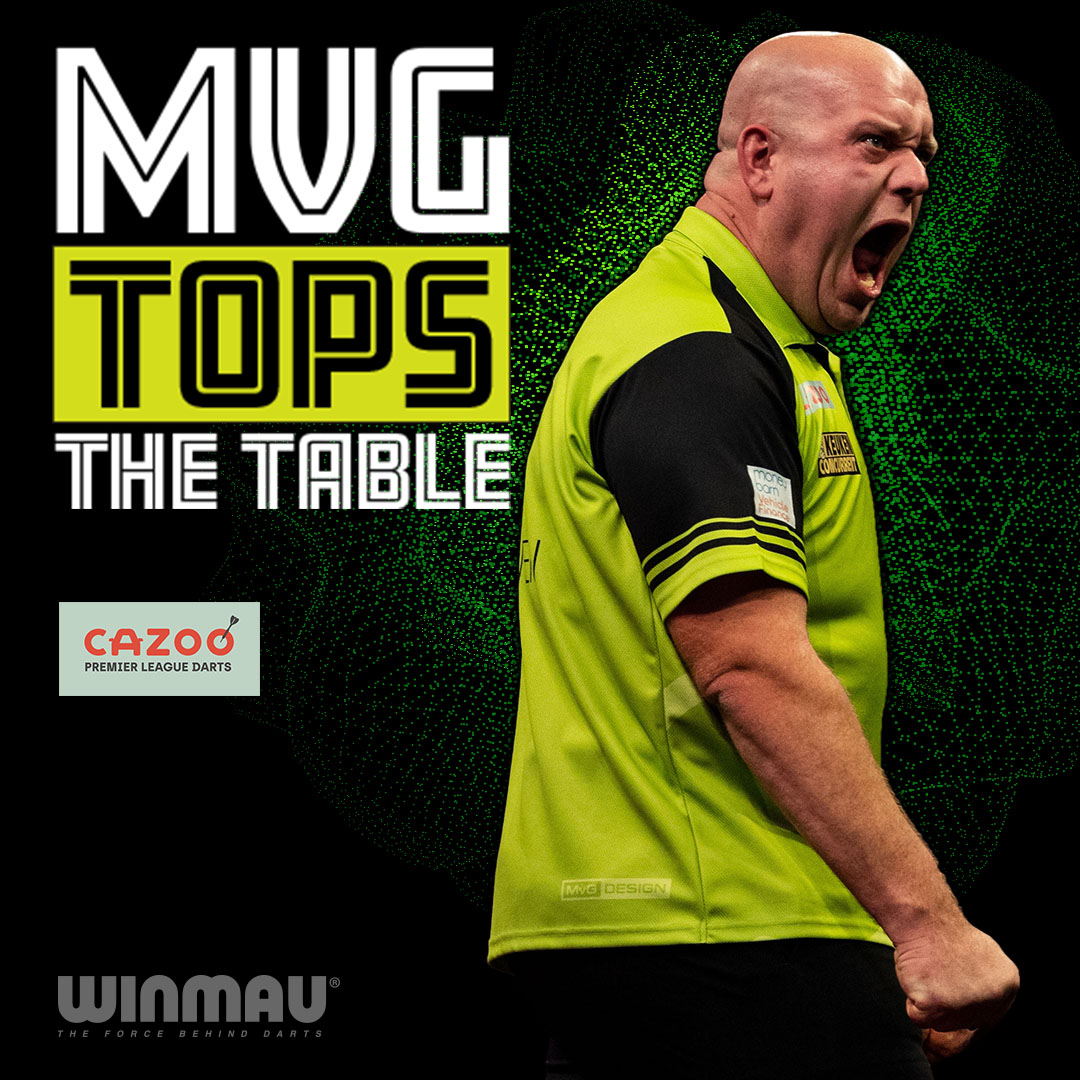 Michael van Gerwen pocketed the £10,000 and the 5 points for first place finish in Night 5 of the Cazoo Premier League, and moves to the top of the table.

MvG Tops the Table after Night 5 of the Premier League

Michael van Gerwen pocketed the £10,000 and the 5 points for first place finish in Night 5 of the Cazoo Premier League, and moves to the top of the table.

MvG is starting to show his world class potential after taking the first back-to-back win of the Premier League in the 2022 season after taking out ‘Bully Boy’, Michael Smith in the final.

MvG started off his campaign against James Wade, who has just jumped to 3rd place in the world rankings. In a very competitive game, both players stayed within 1 leg of each other, managing to break the throw 4 times in the first 4 legs. Michael struggled with his doubles only hitting 6/21 but managed to close out the game 6-5.

In to the semi-final, MvG matched up against Joe Cullen. Cullen received a bye due to Gerwyn Price pulling out of the tournament due to an injury. MvG was already warmed up and didn’t give Joe a chance to get into the game going 5-0 up and taking out 112 and 170 on the way. MvG finished the game with an impressive 6-1 victory.

The final was a battle of the speedsters with MvG taking on Smith. Both players had ton averages with almost nothing between them on the stats for the evening. Smith was looking to bounce back after a devastating lost at the UK Open last week, but struggled after starting slow and going 4-1 down. MvG kept his concentration right to the end of bout, finishing the event with a 6-4 win.

After the match MvG said,

I feel good, and I feel comfortable on stage at the moment," said Van Gerwen. "I know what I'm capable of but sometimes you have to give yourself a bit of time to show it.

"It's always a good feeling to be top of the table, it gives you confidence.

"The way I'm playing, I feel like winning a big tournament is coming soon; hopefully it will be the Premier League but there's a long way to go."

With another 1st place finish under his belt, MvG has his eyes set on a long awaited major win. Before he can get the chance, MvG will hop straight on a flight to Germany to compete in the 2nd Euro tour in Germany this weekend.