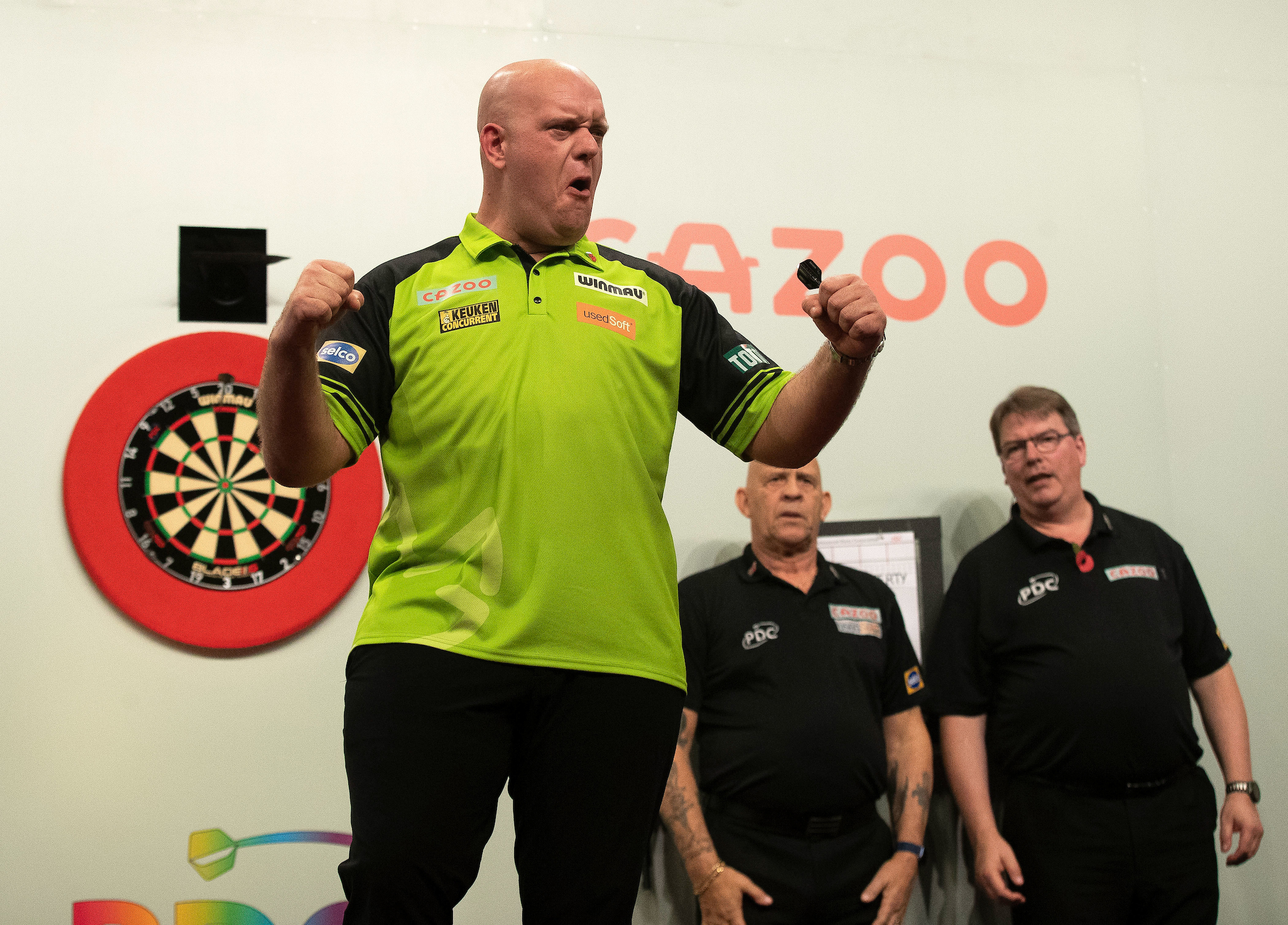 Michael van Gerwen earnt his spot in the 2022 Cazoo Grand Slam of Darts Quarter Finals after winning the game of the tournament so far, beating Josh Rock 10-8 with the wonderkid including a fantastic nine dart leg. Luke Humphries will face the Dutchman in the Last 8 after he fended off European Championship winner Ross Smith 10-8 in the last match on Thursday night.

The Winmau man was stunned by the level of quality from his 21-year-old opponent, who produced the perfect leg hitting two maximums and finishing the magic 141 checkout with double twelve. Mighty Mike entered the first interval 3-2 behind after the Northern Irishman held his throw on the oche, to the joy of the Aldersley Leisure Village.

The World Number 3 has already added another Premier League, World Matchplay and Grand Slam title to his collection. The Dutchman showed just why he is a serial winner in the sport, finishing 110 in the tenth leg to level at 5-5 with the pressure really on MVG from the youngster to take out the shot.

Van Gerwen included four ton plus checkouts in his last 16 encounter, with the biggest and most important coming in the fifteenth leg of the game. The Vlijmen ace found double eleven after two treble twenties to finish 142 and break the Rock throw which enabled him to take the initiative for the first time in Wolverhampton.

The three-time former World Champion hit double ten with his first dart in hand to reach the Quarter Finals, averaging 107.71 whilst his 21-year-old opponent averaged 103.93 in a classic Grand Slam Last 16 encounter.

Luke Humphries overcame a late resurgence from Ross Smith to meet van Gerwen in the Quarter Finals, breaking throw in the fifth leg to lead 3-2 at the first break.

Smudger certainly found 180s in his last match at Aldersley Leisure Village, hitting seven in a 5-4 win over Mighty Mike in the group stage. The Englishman found ten on Thursday night, a high scoring display that also included twenty 140s.

The Red Dragon man survived the scoring threat of the European Championship winner, breaking throw on double sixteen in the thirteenth leg for an 8-5 lead.

Cool Hand closed out on double eight in the eighteenth leg with his first dart in hand, booking a spot in his first Grand Slam Quarter Final on Saturday night.

Alan Soutar included six maximums and a 97.05 average in beating former Premier League champion Jonny Clayton 10-8 earlier on in the session. The Ferret saved himself in the twelfth leg, hitting double eight to finish 136 and trail by the one break of throw against the Scotsman at 7-5.

Soots found his first ton plus checkout, hitting double eighteen to finish 114 and enter an 8-6 lead going within two legs of his maiden Quarter Final. The Arbroath thrower found double eighteen with his first dart in hand to send out the tournament number seven in Wolverhampton.

Nathan Aspinall will face Soutar in the Quarter Finals after beating Jermaine Wattimena 10-6 in the opening match on Thursday. The Asp included a routine 96 checkout in the fourteenth leg, needing just two darts after hitting double eighteen at his first attempt to enter a 9-5 lead.