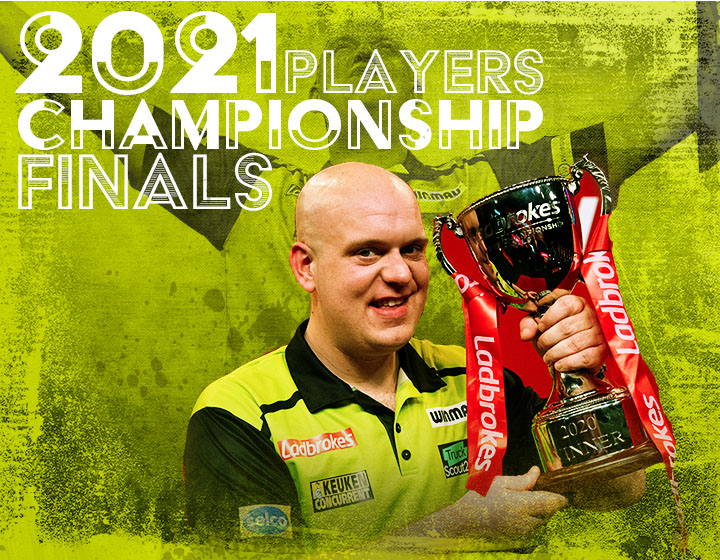 All eyes are set to be on Butlins Minehead this weekend, as the Players Championship Finals returns once again. A full year of Player Championship events combine to produce the top 64 seed TV tournament, where the world’s best tungsten wielders step up to the oche for the final ranked event before the blockbuster World Championships.

Mighty Michael van Gerwen, 6-time Player Championship Finals winner, will be looking to defend his 2020 title and win the event for a third consecutive year. The Green Machine matches Kevin Doets in his first game.

The PC Finals starts with a bit of magic with Simon 'The Wizard' Whitlock taking on Player Championship 22 winner, Ryan Searle. In the 3rd game of the opening session, we see William Borland taking on the man who was on the wrong side of the first 9 darter seen at the tournament, Michael 'Bully Boy' Smith.

The Rockstar 'Joe Cullen' is looking to spark up the crowd at Minehead with a win against Andy Boulton.

Canadian superstar Jeff Smith made it to the last 16 in last year’s competition. 'The Silencer' will be looking to make a strong start against Englishman Nathan Aspinall.

2015 BDO World Champion, Scotty Mitchell will be looking for his first PDC major this weekend facing Martijn Kleermaker in the second session of the Finals.

Two-time Players Championship Finals runner-up Mervyn King will be looking for his crown and an opening victory against Darius Labanauskas.

Danny 'The Freeze' Noppert will be looking to beat Rowby-John Rodriguez, whilst German number 1 Gabriel Clements will play ‘The Bronzed Adonis’ Steve Beaton.

The last Winmau player to step up to the oche on the first day of the tournament is Dutchman Vincent Van der Voort, who starts his campaign against fellow countryman and 2006 Lakeside Champion, Jelle Klassen.

Friday's first round winner's progress to compete in two further games on Saturday, with the second round in the afternoon session ahead of the evening's third round.

The tournament then concludes on Sunday November 28, with the afternoon's quarter-finals followed by the semi-finals and final in the evening session.

Sunday will also see the PDC Unicorn World Youth Championship take place, with the 32-player event being played down to the semi-finals in Reds from 1100 GMT.The final will be held on the Main Stage before the final of the Players Championship Finals.

The Ladbrokes Players Championship Finals will be broadcast on ITV4, through DAZN in various worldwide territories, via RTL7 in the Netherlands and the PDC's global broadcast partners. PDCTV coverage on Friday and Saturday from Stage Two will be available worldwide.

Second Round - Best of 11 legs