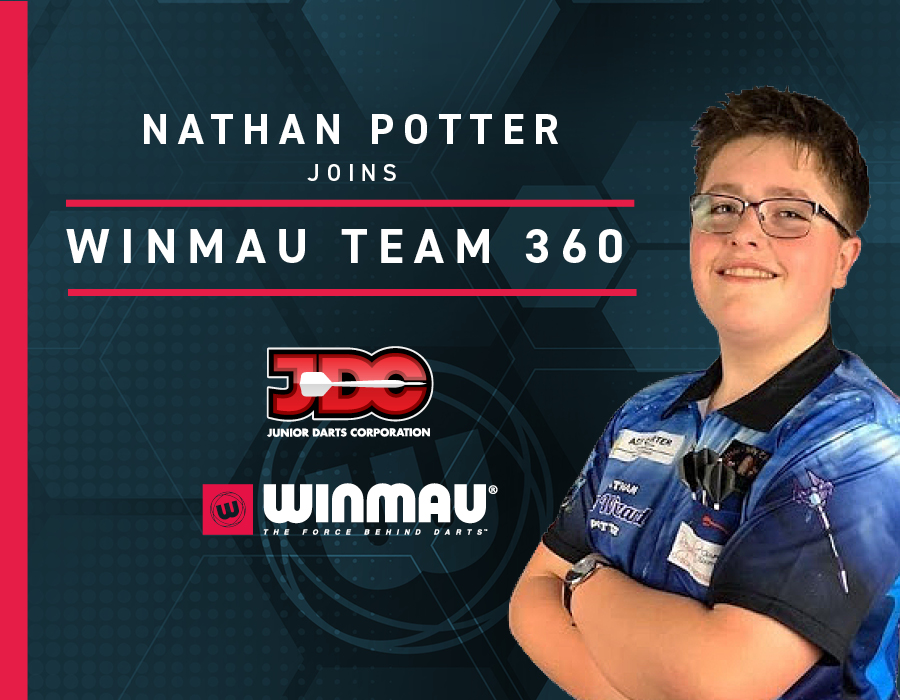 Nathan becomes one of the first ever recruits to join Winmau’s Team 360 High Performance Junior Program. The young Suffolk thrower impressed Team 360 lead, Steve Brown, with stand-out performances on the JDC tour – including winning the Tour Five title on the 2020 JDC Tour.

JDC Chairman Steven Brown said "Nathan has played on the JDC Tour with us for a few years and it’s clear to see his ability and progress, topped off by his title at the start of last year. He’s a phenomenal talent and we’re really looking forward to mentoring Nathan through to the next stage in his career."

Nathan also qualified for the 2020 PDC World Youth Championship, after topping the JDC’s 2020 Order of Merit before the Covid-19 pandemic hit last year, narrowly missing out on progressing from the group stage.

Nathan said "At the start of last year I was enjoying my darts more than ever and it showed in my results, since then I’ve upped my practice even more during the pandemic and it was an amazing experience to play in the PDC Youth World Championships last year. I want to be back there and playing the best I can, joining Team 360 is amazing and I can’t wait to draw on the experience of Steve and the Winmau team to help me.”.

Simon Hall Head of Marketing for Winmau said "Nathan is a fine example of the highly talented youngsters that the latest Winmau Team 360 Program has been put in place to help develop. He’s got real natural darting ability and Team 360 will be the ultimate mentorship guide to ensure Nathan fulfils his potential on and off the oche. Steve's unique approach to developing the Junior Game is unparalleled, so to have him partner this high-performance program is a real honour for us all".

Nathan will be joined by several other leading talents who will be announced along with the program’s full intentions very soon.

To keep up to date with the latest Team 360 news simply follow: