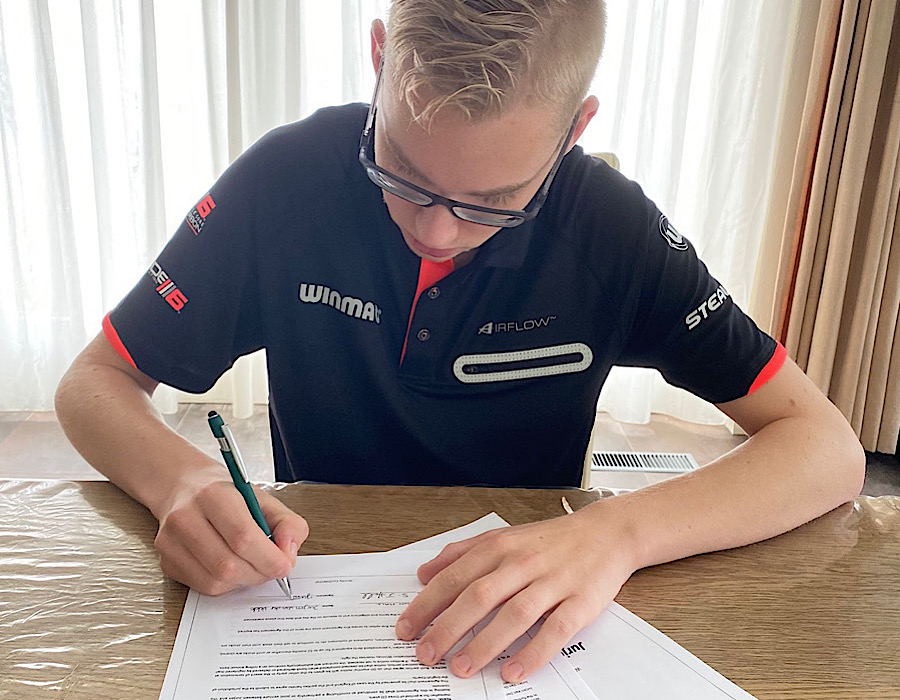 The talented Dutch youngster has committed his future to Winmau for the foreseeable future.

Jurjen, who has been with Winmau since 2018, is a part of Winmau’s young player development scheme, Team 360, managed by JDC Chairman Steve Brown.

Steve told Winmau, “Jurjen is a fantastic young player who we are really lucky to have in Team 360. He is hard-working, very talented, and a pleasure to work with.”

Jurjen will be taking part in this weekend’s PDC Development Tour events in Europe, where he currently sits third in the Order of Merit.

On signing, Jurjen said, “I am very happy with the support from Winmau. Since the day I started playing darts, I always played with Winmau darts. So for me, there was no doubt to continue the cooperation.

“I’m very excited to have the help of Steve Brown and the new Winmau Team 360. This helps me to grow further as a darts player and a sportsman. My first win at the Development Tour and my current place on the ranking is proof that it is the right environment for me.”

Winmau’s Marketing Director Simon Hall added, “Jurjen is an exceptional talent. There are very few young players that have achieved what he has, at his age.

“We are delighted that Jurjen has chosen to stay with Winmau and look forward to continuing to work with him and help him develop into a top darts player.”

Make sure to follow Jurjen’s results on the Development Tour this weekend by heading to https://tv.dartconnect.com/events/pdc to follow every dart LIVE!