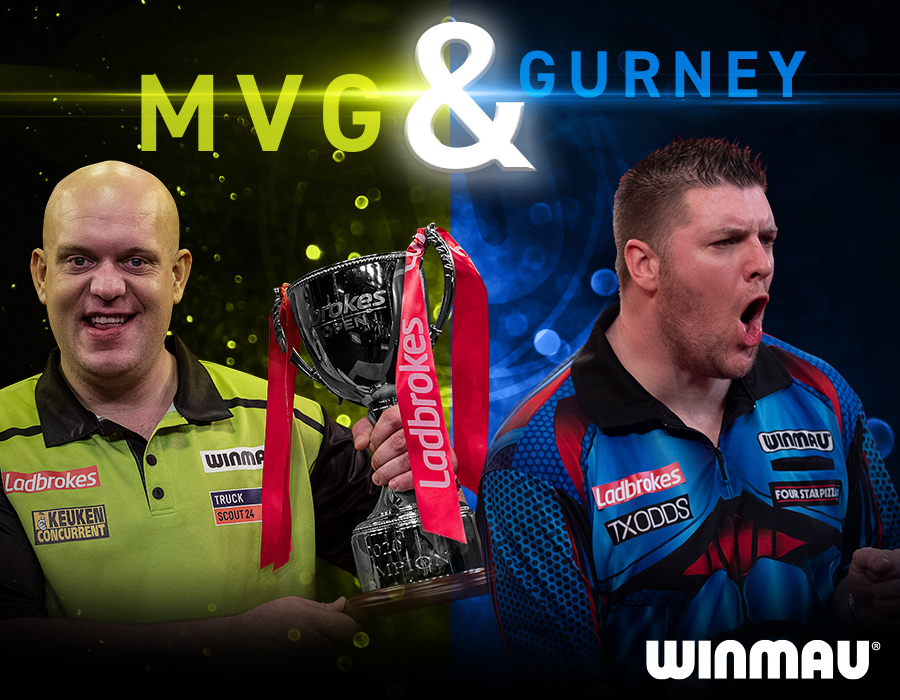 Last weekend’s Ladbrokes UK Open saw a resurgent Daryl Gurney power his way into the semi-final, where he ran into an inspired Michael van Gerwen, who smashed in a 110.32 average and a magical nine-dart finish along the way.

We asked Daryl how happy he was with his run in the tournament, he said “It was great to be back in the mix at the final stages of a TV Major tournament, but you know me and I’m not going to be happy with any loss. There’s no shame in losing when Michael’s playing at that level but I still need to keep my game going in the right direction so I can compete with Michael at his best - like I know I can.”

“I’ve been working really hard on my game recently with a real focus on key areas like my aim and technique, and it’s starting to pay off. It’s a crucial few weeks for me in the Premier League to make sure I avoid elimination and I’m determined to take my form from Minehead into Thursday against Glen.”

For World No.1 Michael van Gerwen it was back to winning ways as he lifted the UK Open for the third time in his career, taking his Authentic style darts into the tournament showing that he really is at the top of the World when he brings his A-Game.

With scorching averages of 108, 110 and 101 in an epic final against Gerwyn Price, Michael bounced back from 5-1 down in the opening exchanges to win 11-9 – the Dutchman’s passion and desire to win was hugely evident on stage when he pinned the winning double 18 at first chance.

We asked Michael what inspired his comeback and he said “There’s been some people who were starting to maybe write me off since changing my darts, and it will take me a while to get back to consistently producing my best performances.”

“But I’ve been working really hard and in the right way with these darts, and I’ve been seeing some special things with them that maybe others haven’t noticed.”

“It was great to show some of what I can do now I’m getting a real confident feel in these great darts, hitting some big averages and of course the 9-dart finish. I love the crowd in Minehead, they are always amazing and it was great for me to put on these performances for them.”

“Gerwyn Price is a solid opponent and we’ve been in some phenomenal matches over the last 6 months – but to be able to lift my game when I needed to a win major title is really important to me. I’d like to say thank you to all my fans, sponsors and the guys at Winmau for helping me through this journey”

Daryl Gurney faces table-topper Glen Durrant in an absolute must win game for the Northern Irishman as he looks to rise from the elimination spot. MvG faces a re-match from Sunday’s final, taking on Gerwyn Price as he remains in the hunt at the top of the league in what is shaping up to be the tightest Premier League ever.

You can catch all the action live on Sky Sports from 7pm and Worldwide via the PDC’s global broadcast partners.