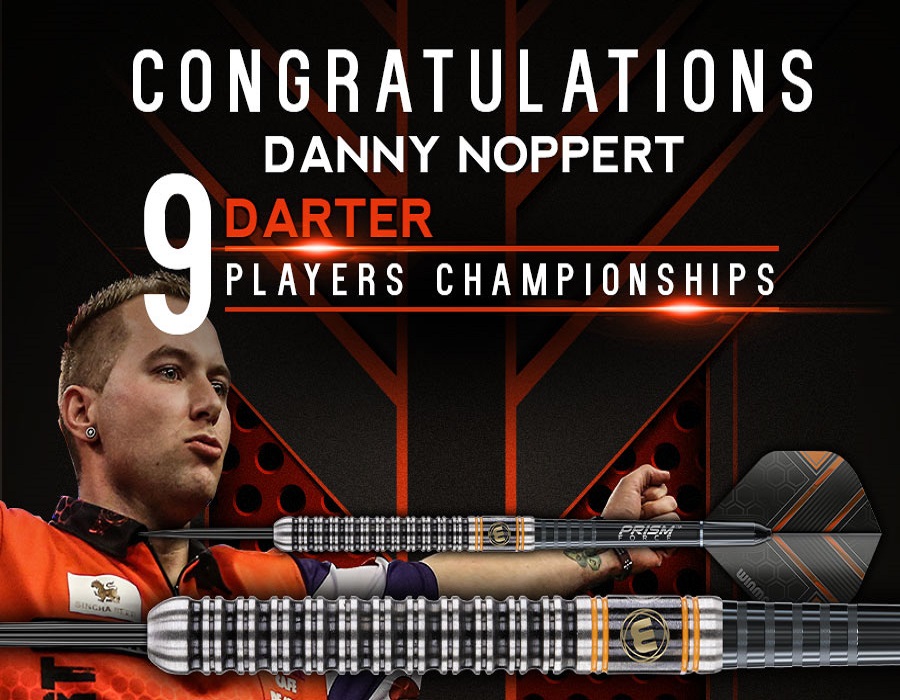 Winmau’s Danny Noppert hit his maiden 9-dart leg in the PDC at Players Championship 5 this weekend.

The Dutch ace reached the semi-finals stage in both Pro Tour events in Barnsley and crowned an impressive week’s work by hitting the perfect leg. It was the eleventh 9-dart leg hit so far on the floor events in 2019.

Despite eventually losing the match, Noppert will be no doubt be delighted to join the PDC’s 9-dart hall of fame and to have added £6,000 to his rankings over the two days.

The Dutchman recorded wins against Mensur Suljovic, Jamie Lewis and John Henderson during the two tournaments and looks in fine for coming into the UK Open this weekend.

Noppert will enter the “FA Cup of Darts” at the third round stage, when the tournament gets underway on 1st March, at Butlin’s Minehead.