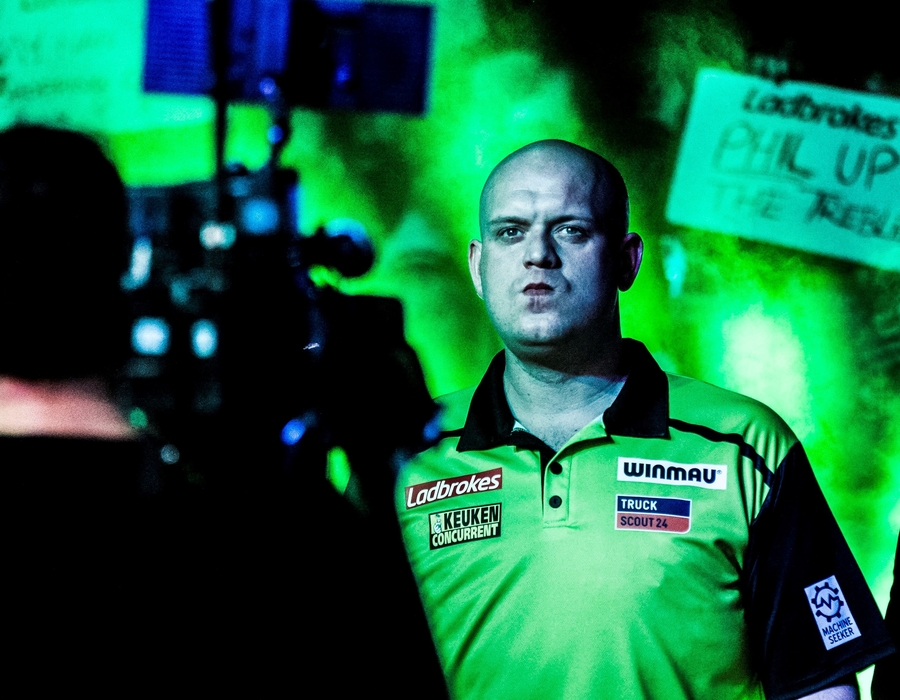 The three-times World Champion is ready to return to the oche after the prolonged lockdown break by cleaning cars and vans.

The World No 1 is lined up to take part in the first Hannover Drive-in Darts Gala on June 24 against Dutch pal Raymond van Barneveld, German star Max Hopp and South African Devon Petersen.

It will be a four-hour open-air exhibition event with German families paying a maximum of €61.50 (£55.33) to watch from the safety of their own cars or vans.

A limited number of punters can pay the VIP top price of €181.50 (£163.28) which involves a space in the first row, a sticker, a photo by their car and their windscreen cleaned before the show by one of the four stars.

It is a madcap way of bringing back top-class darts following the Covid-19 sporting shutdown. Players will do ‘walk-ons' in golf buggies through the car park, there will be big screens erected and fans can tune into a special radio frequency for commentary.

The only time fans can leave their cars is for toilet use, but they may be encouraged to honk their horns with each 180 hit.

On the oche, players will observe social-distancing rules with one official rotating a ‘Stop-and-Go' sign before each throw. The event, which will be run by PDC Europe, will be held in a huge car park next to the stadium of Bundesliga 2 side Hannover 96.

MVG has also hit out at Phil Taylor for suggesting that he could lose his top spot in the sport to Peter Wright.

The Power recently claimed that Snakebite could take the mantle as the main man as MVG gets used to life as a father of two children.

But Van Gerwen hit back at the 16-times world champion believing he makes big comments to “stay in the spotlight”.

MVG told Bureau Sport: “Taylor has always made statements like that about me, but I have always been very correct with him.

You know what it is, I am the only one who has made it difficult for him over a long period of time; he was never used to getting such competition and he was never able to digest it well. He has always seen me as a major threat

“I think he does this to stay in the spotlight. I’m breaking more and more of his records and before you know it, people will have forgotten about you; which is probably quite difficult for him.”