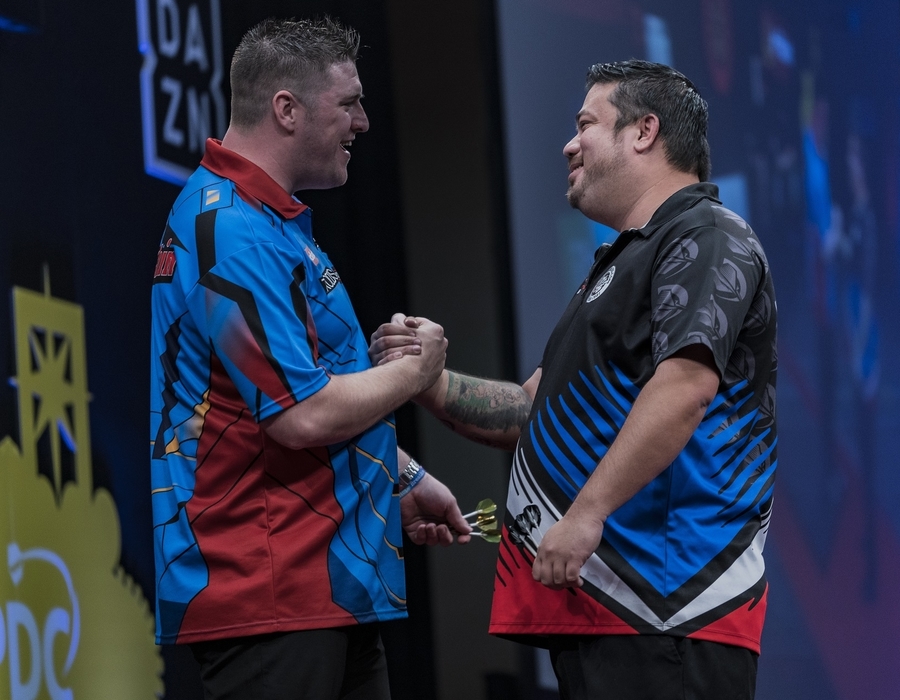 Daryl Gurney picked up a 6-1 win over Daniel Baggish in his opening game of the 2019 US Darts Masters at the Mandalay Bay Resort.

The World no.3 made his third consecutive appearance at the North American World Series of Darts event, maintaining his 100% record in the opening round.

In a back and forth encounter Smith hit a majestic 100% of his attempts at double as he kept in touch with PDC major winner Wright.

Jeff struggled to keep up with Wright’s scoring, despite hitting three maximums, with Wright winning the deciding leg on double 8.

Gurney will now face Wright in the quarter-final tonight as his quest to go a step further than his runner-up position in 2017 continues.

All the PDC professional stars managed to progress into the quarter-finals unscathed despite some close results again the NA qualifiers.

Reigning champion Gary Anderson will now face Gerwyn Price in a rematch of their explosive Grand Slam of Darts final, Rob Cross will play UK Open champion Nathan Aspinall whilst Michael van Gerwen and Michael Smith face off in the other quarter-final.