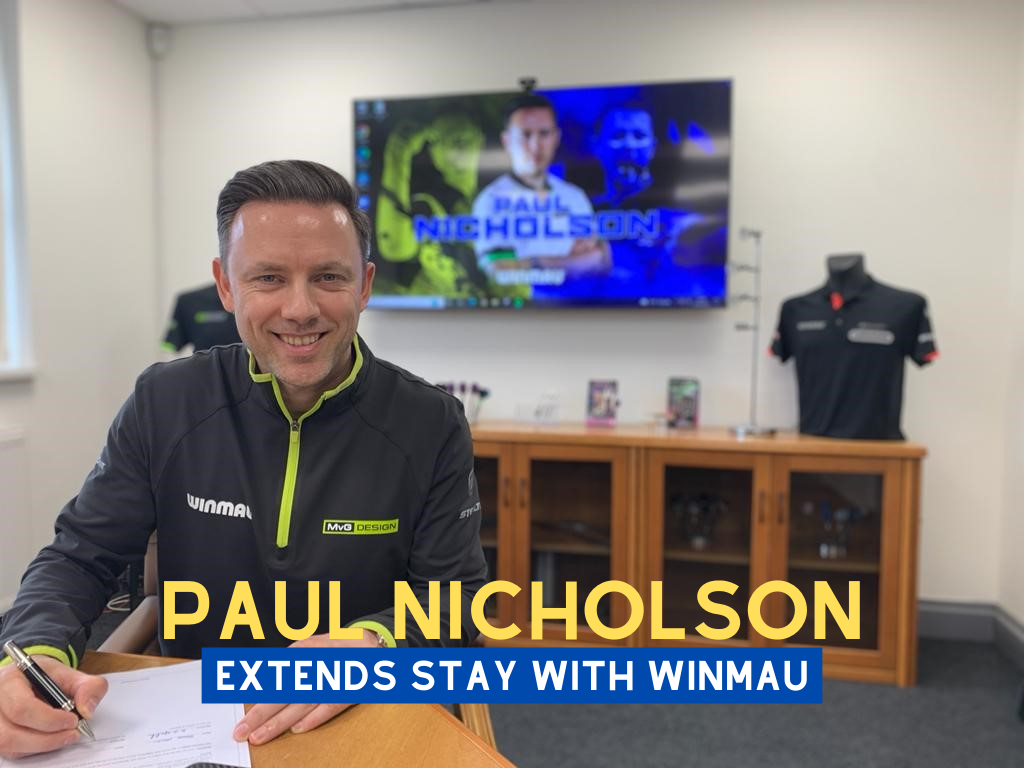 Paul Nicholson, one of darts most enigmatic characters on and off the oche celebrates a contract extension that sees him stay with Winmau, the world’s leading darts company for a combined period of over 10 years.

Paul Nicholson said "I have to pinch myself to believe that this relationship will be over 10 years, and luckily I still feel so young and ready to get back on the oche. Winmau's support through thick and thin says everything you need to know about them as a company and more importantly as people".

‘The Asset' joined Winmau to discuss his plans for the next exciting phase of his career which includes appearances on the new Modus Super Series and competing to win back his PDC Tour Privileges.

Simon Hall Marketing Director added "Paul has been simply amazing for us in every area of the business, his knowledge and passion for the game are second to none making him one of the very best professionals in the Sport, and we are so happy he's back fit and healthy with us behind him all the way".

With a TV Major trophy in his cabinet, where Paul won the acclaimed Players Championship in 2010, Paul is acutely aware of what he needs to achieve to live up to his early potential. Following successful surgery on a shoulder injury that has hampered his throw for many years, Paul is now ready to go again, with renewed vigour. He added "After a frustrating few years, I'm finally fit and ready to re-build my darts game once again. I've got a strict strength and conditioning programme which really complements my practice regime, so the benchmark will be to see how my game responds to greater pressure every week".