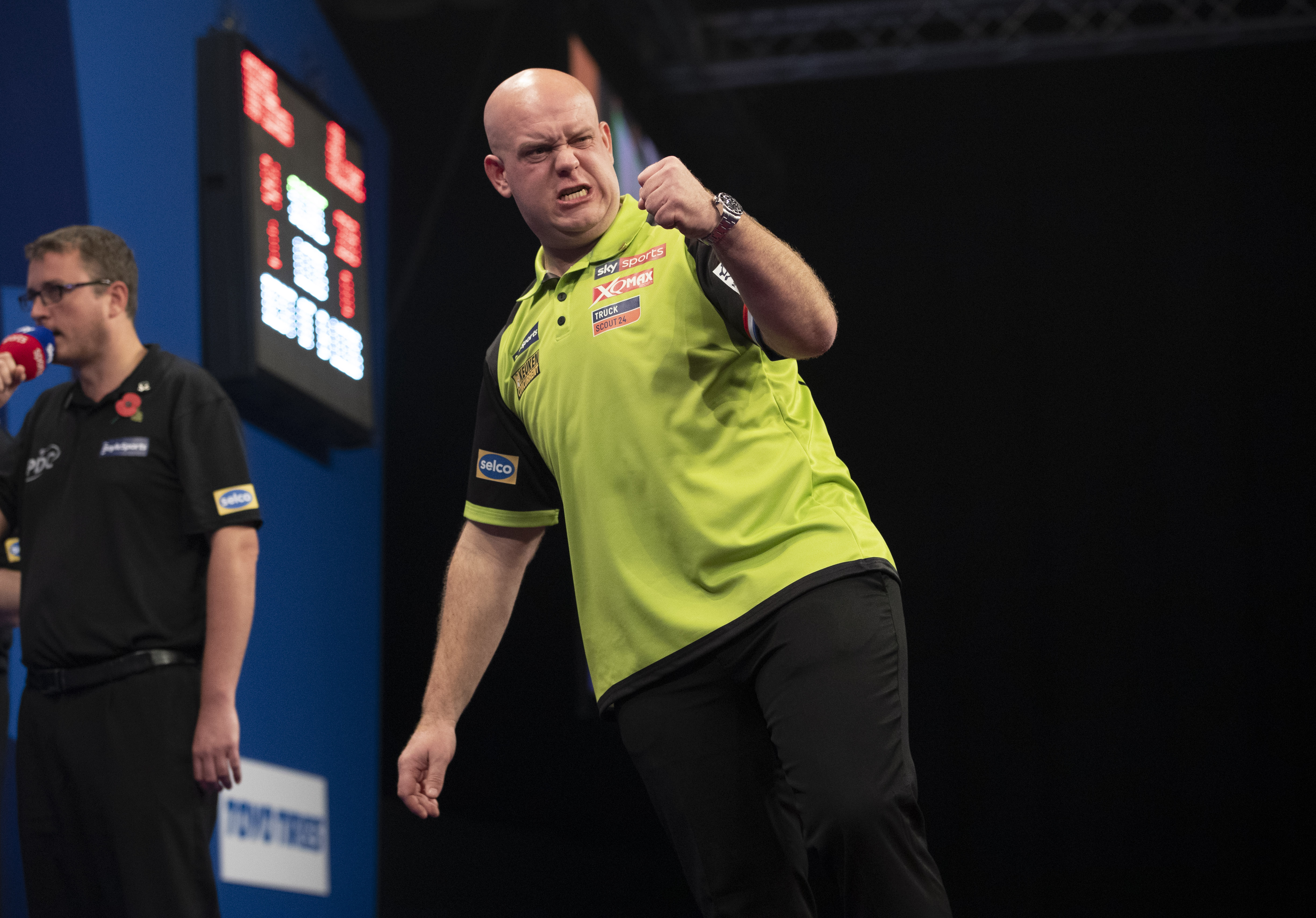 Sheffield is the next destination as the Premier League returns for more Thursday night arrows with some huge games, including second in the league Michael van Gerwen taking on Peter Wright whilst league leader Jonny Clayton will face Michael Smith who comes into the steel city with back-to-back Pro Tour Wins.

Jonny Clayton faces the most inform player in the PDC in Michael Smith on Night 14, as the Ferret sits six points clear at the top of the league after beating Michael van Gerwen in last week’s Final in. The Welshman also made history in Glasgow, becoming the first player to win four nights since the introduction of the new format back in February.

Bully Boy has certainly had a strong last couple of days, winning Players Championship 14 and 15 becoming the second player to win back-to-back events this year, with Joe Cullen being the other when he won events three and four in Wigan back in February. The twice World Championship Runner Up is the only player yet to win a night in the competition with three weeks to go until Finals night.

Reigning Premier League champion Jonny Clayton took part in Leverkusen at the weekend, where he was beaten by Michael van Gerwen despite hitting three maximums to his none and averaging more than the Dutchman on stage. Clayton missed six darts at double in the match which turned out to be his downfall in the match with his opponent missing four.

James Wade will not take part in Sheffield on Thursday due to being taken ill at the weekend in Leverkusen which forced him to withdraw from the Euro Tour Semi Final, which he had made it to just before being taken to the hospital.

Joe Cullen will receive his second bye of the competition and move into the Semi Finals because of Wade’s absence, where he will await the winner of either Gary Anderson or Gerwyn Price. The Machine is 8 points clear of fifth placed Joe Cullen so will feel confident he will remain in the top four and return to full health ahead of next week which is in London.

Wade said after the weekend’s events: “I’d like to thank all the medical staff for their care over the past few days and to all the fans around the world who have sent messages of support. Now that I’m home, I’ll be taking time to recover fully before returning to playing when the time is right.”

Michael van Gerwen enters a Premier League night for the second week running on the back of success on the European Circuit, after beating Dimitri van den Bergh in the Final of the European Darts Open on Sunday. He will face Peter Wright who needs to find some form if he is to hold on to fourth with an early exit at the weekend and a defeat to Gary Anderson last week in Glasgow for the World Number One.

The reigning world champion is yet to reach a Final of the Premier League since Exeter on Night 4 where he was beaten by the Dutchman emphatically 6-0. Snakebite certainly needs to rediscover the form he showed in January which won him the World Title, as he averaged just 86.84 in his opening round defeat to Scott Williams on Saturday.

The same can’t be said for his opponent who hit three figure averages on three separate occasions including the Final against Van den Bergh (102.49). His most impressive performance came against a fellow Winmau player in Daryl Gurney where Mighty Mike hit five maximums and averaged a very impressive 113.79 on the oche.

Gary Anderson picked up his fifth win of the Premier League after beating Peter Wright last week and will face Gerwyn Price in the opening match of the night in Sheffield. The Flying Scotsman has struggled to find any form in the Premier League as he still waits to break into double digits on his points record.

His win on Night 6 in Nottingham is the only real success for Anderson having beaten the likes of Jonny Clayton and Peter Wright on route to the final.

Action gets underway in Sheffield from 7 on Sky Sports with the race for the Play Offs starting to enter its final stages, as Berlin awaits next month for Finals Night.