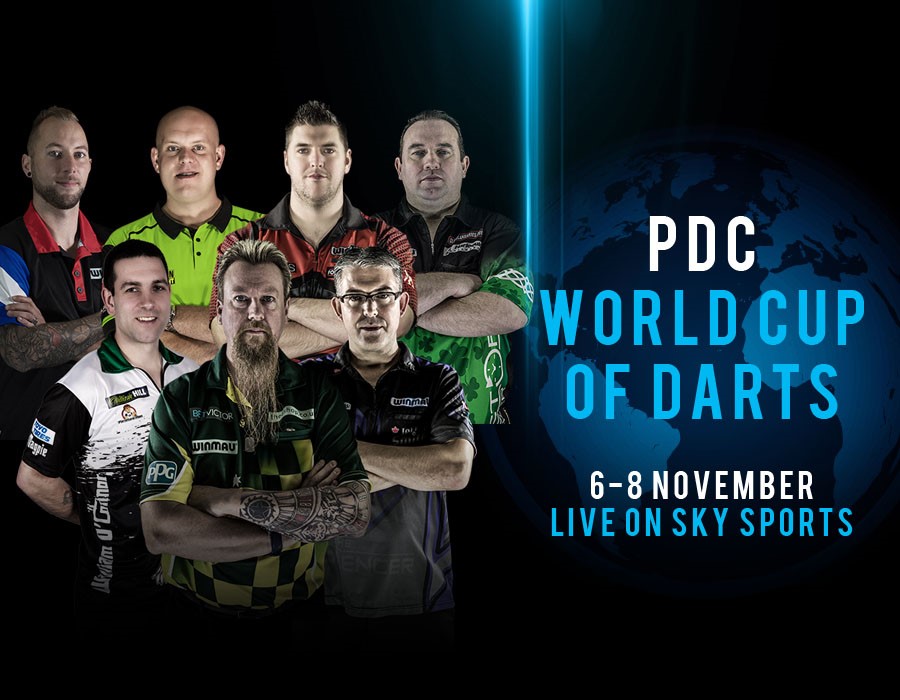 The BetVictor World Cup of Darts gets underway this Friday 6th November at the Salzburgarena in Austria, where 32 teams will represent their country in this one of a kind PDC team tournament.

Every year the tournament throws up opening round shocks and teams have to be alert and ready in the short, opening format if they want to progress.

Among the players there are some newly formed partnerships such as Michael van Gerwen and Danny Noppert for the Netherlands, whilst on the other end of the spectrum Daryl Gurney and Brendan Dolan are set to make their 6th appearance for Northern Ireland at the show-piece event.

Ahead of the opening session, Michael said “I’ve got some great memories playing in the World Cup and can’t wait to get on the stage once again to represent my country”

Danny stated “Doubles isn’t something that I’ve played a lot of and I’m sure it’s a format that will take some getting used to, but I’m ready to come out performing from the very first leg and feel excited to get started”.

2019 Brisbane Darts Masters winner Heta, meanwhile, will make his first appearance for Australia alongside former finalist Simon Whitlock, with Kyle Anderson still back in his homeland.

England's Michael Smith and Rob Cross will be the top seeds as they seek to secure a fifth title for their country in the tenth staging of the event.

2019 finalists Ireland are the seventh seeds as the partnership of William O'Connor and Steve Lennon is rekindled, with host nation Austria - represented by Mensur Suljovic and Rowby-John Rodriguez - completing the seeded nations.

Chuck Puleo will be partnered by 2019 CDC Continental Cup winner Danny Lauby in the American team, with the left-hander set to make his debut after Darin Young withdrew for health reasons after being diagnosed with vertigo.

Bruno Rangel won a qualifier in Brazil to secure his spot alongside Diogo Portela, while Andrea Micheletti and Daniele Petri won the Italian qualifier to secure their World Cup returns, while teenage pair Craig Galliano and Justin Hewitt won the right to represent Gibraltar.

Haupai Puha will travel from New Zealand to partner Germany-based Cody Harris as they look to build on their run to the 2019 quarter-finals.

The BetVictor World Cup of Darts will be televised on Sky Sports as well as through the PDC's international broadcast partners including RTL7 and DAZN, as well as for PDCTV Rest of the World Subscribers and at matchroom.live