Balanced on a Knifes Edge - The Last Play-off Spot 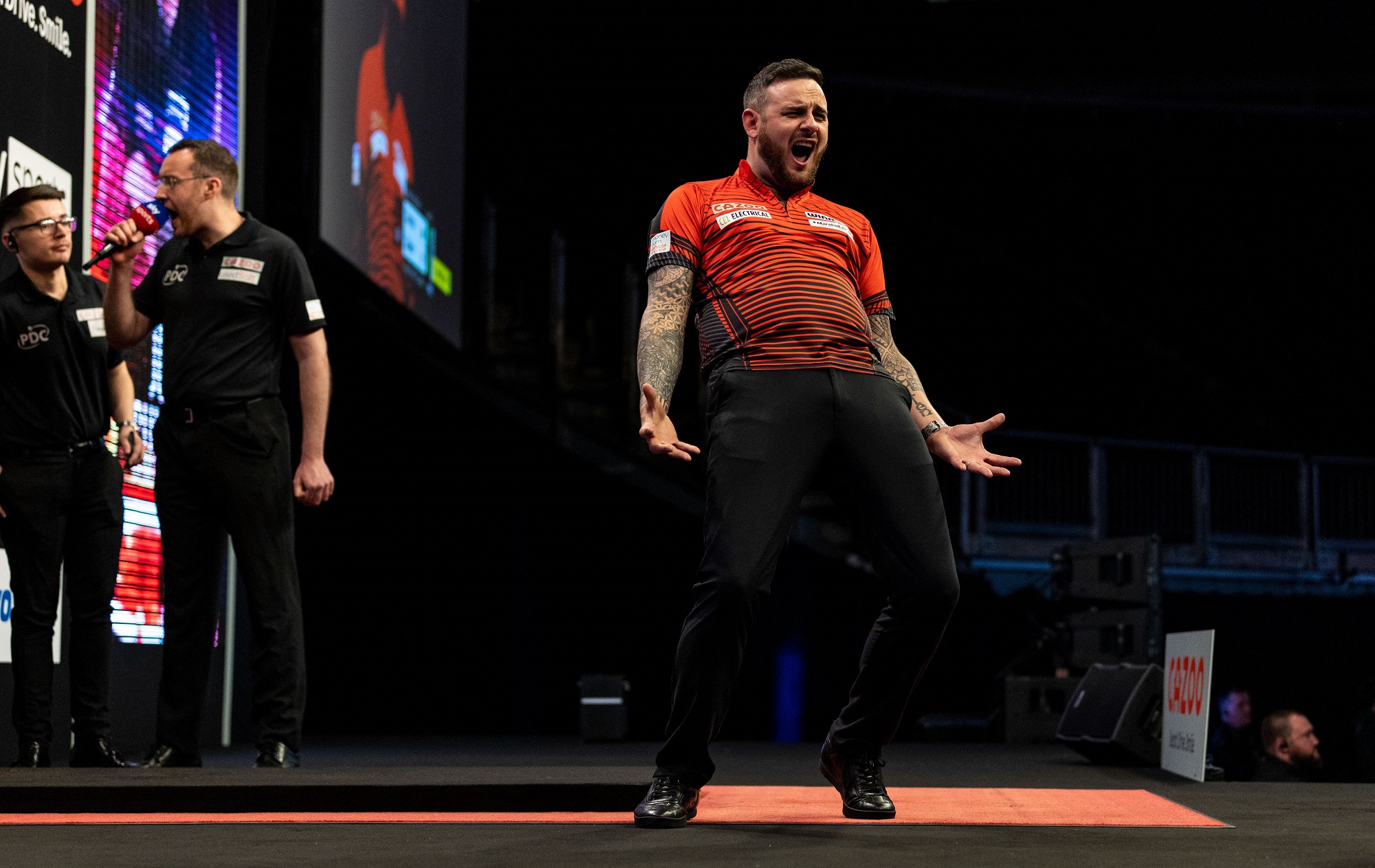 Balanced on a Knifes Edge - The Last Play-off Spot

Just one week remains now of the league format in the Premier League Darts, with two players in the hunt now for a Final Play Off spot. Jonny Clayton confirmed his position as league leader last week by reaching the Final in London with Michael van Gerwen losing early to Michael Smith. Regardless van Gerwen joins the Welshman in Berlin after qualifying, as well as James Wade who will also be at Finals night after two-night victories in Manchester and Dublin.

That leaves just one spot to be filled, with two players hunting it down as the Premier League heads for Newcastle and as it happens, it’s a winner takes all with the loser narrowly missing out on the Top 4. World Champion and World Number 1, Peter Wright faces Master Champion, Joe Cullen for the right to complete the top four and reach Germany on June 13th.

The Rockstar will be confident going into the tie in the north after getting the better off the Scotsman last week in London, in a run that saw him win his second night to add to his Rotterdam scalp. The Englishman will also feel that he deserves his spot in the Play Offs with Wright not winning in the league since February when the competition started in Cardiff.

The 52-year-old has also not reached a Final since Exeter on night 4, with Michael van Gerwen prevailing a 6-0 winner to get his first £10,000 bonus, as the World Number 1 became the one and only player to be whitewashed in a night final.

Both players played in Stuttgart across the weekend, and Snakebite can be confident going into Newcastle if the weekend is anything to go by. Cullen was knocked out in his opening second round match against Austrian Rowby-John Rodriguez, whilst Wright went all the way to the Final 4 in his first decent Euro Tour run after exiting early in his last three prior.

The Livingston born darting star included a 111.16 average in beating UK Open champion Danny Noppert as he won 6-1 in the Quarter Finals, as well as beating league leader Jonny Clayton by the same score line in the Last 16. The two head into Night 16 level on points with the debutant ahead on legs difference, and it all comes down to this winner takes all clash in the North. Game On!

Jonny Clayton will face bottom of the league Gary Anderson in the opening match of the night with Anderson looking to bow out of the league with a bit of pride. The Flying Scotsman hasn’t reached double figures for points in this year’s competition having won one night in Nottingham and reaching two Semi Finals in Cardiff and Glasgow, in what has been a disappointing campaign for the 51-year-old having won the competition back in 2011.

The Ferret has certainly put up a fair fight in defending the title he won last year, finishing top of the league format this year ahead of June 13th. Clayton’s eyes will be firmly fixed on that so can go into tonight thinking whatever happens, I will be top at the end of the night. The Welshman is the only player in the league to win four-night wins, a stat that proves he is a worthy winner of the league format.

Michael van Gerwen is the only player who can equal the 47-year-olds four-night wins having won three so far this year. As mentioned, he won in Exeter, as well as the following week in Brighton, finishing his win streak in Yorkshire after winning night 9 in Leeds. The Dutchman has Michael Smith again who is the only player not to win a night after losing in two finals thus far.

Bully Boy like Gary Anderson has had a very underwhelming campaign after losing in the World Championship final back in January, really struggling to put any kind of run together over the league format. This match is all about playing for pride after his hopes were ended of making the top four in London, losing to Jonny Clayton in the first Semi Final.

Gerwyn Price will have to wait another year if he’s to get his hands on the Premier League trophy, after his hopes of making Berlin were also ended by league leader Clayton in London last week. The Welshman is four points of both Cullen and Wright but with one player guaranteed two points in Newcastle, his dreams of catching them are mathematically impossible.

The Iceman has won two nights in the competition, which is more than Peter Wright above him, but his withdrawal in Brighton and back-to-back defeats in Rotterdam and Birmingham has left him on 18 pts. James Wade will face the Markham ace in the last QF, with Wade like Clayton and van Gerwen looking firmly ahead to June 13th.

The Machine has been very consistent throughout the tournament, reaching the Final three weeks in a row and finally winning on the third attempt in Manchester against Joe Cullen 6-5. Former champion Wade like Price has missed a night, missing Sheffield on Night 14 due to health reasons that started in Leverkusen for a Euro Tour event.

Regardless picking up points on a regular occasion has put Wade on 25 points after just 14 weeks off action, clearly showing that the 39-year-old is well deserving of his third position in the league after also reaching the Semi Finals at the Ally Pally back in January.

Action gets underway at 7pm live on Sky Sports with Gary Anderson and Jonny Clayton up first on the oche. Joe Cullen and Peter Wright will then battle it out for the Final Play Off place in what promises to be a cracking tungsten tussle in the North.