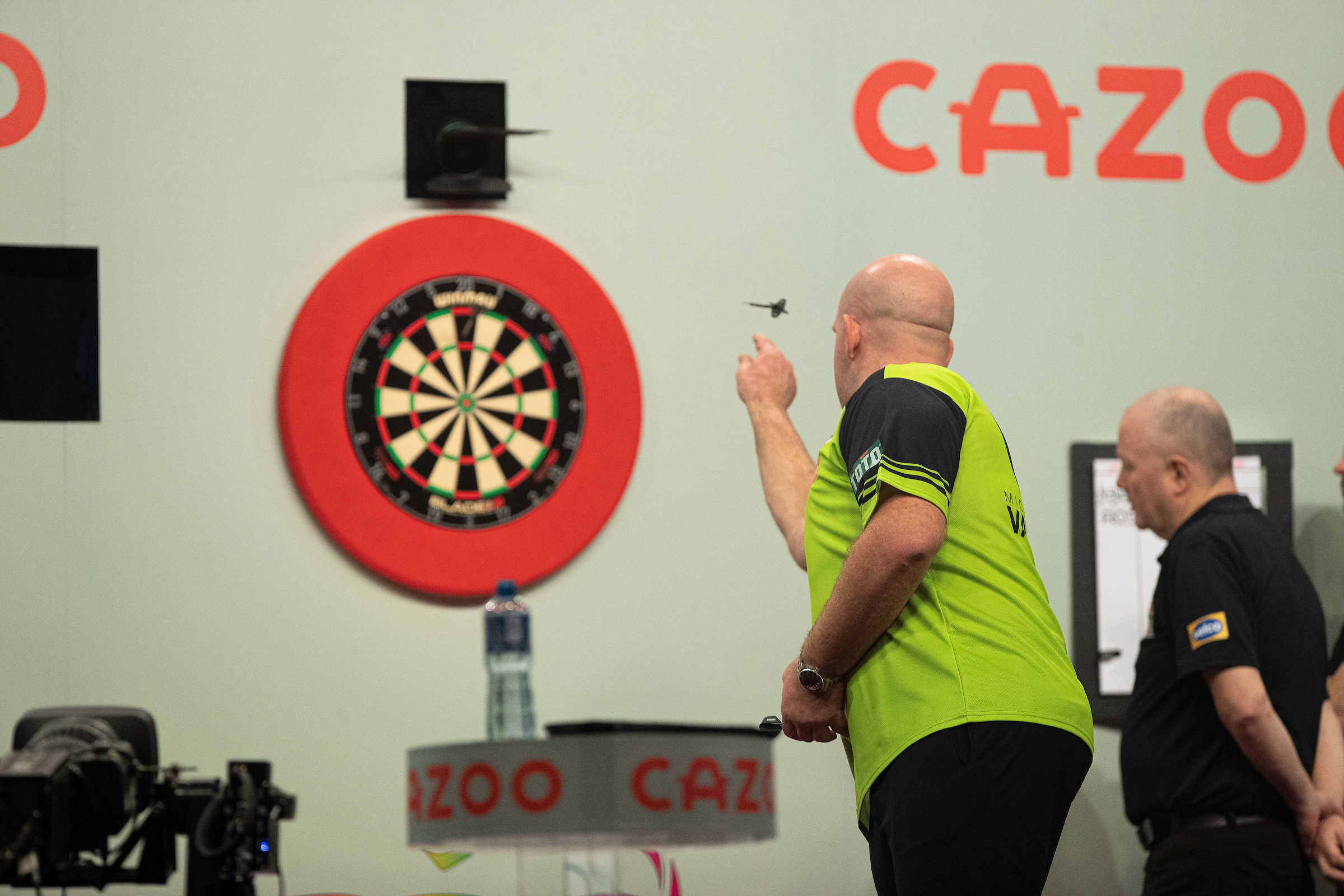 The Players Championship Finals are around the corner with the tournament an indicator for who could be in the hunt for the upcoming World Darts Championship. Michael van Gerwen has won the event six times and after the year he has had, a seventh crown could be very much in the pipeline.

MVG has so far won the World Matchplay, Grand Slam and the Premier League in 2022 along with a few victories in the Euro Tour and Players Championship events. The Green Machine won Players Championship 8 in Niederhausen: Germany, beating hometown hero Martin Schindler 8-4 in the Final averaging 102.42.

The Winmau man will face a difficult opener in Red Dragon star Ryan Meikle, with the Englishman reaching the Last 16 in 2019 including a whitewash victory over Jonny Clayton in the First Round. Mighty Mike went on to win the tournament after beating Gerwyn Price 11-9 in the Final at Butlin’s Minehead Resort.

An all Winmau clash will feature on the main stage Friday, with a rematch between Danny Noppert and Simon Whitlock who recently played in the Grand Slam of Darts group stages. The Freeze topped Group B behind the Australian after going unbeaten, finding victories over debutant Christian Perez and veteran Mensur Suljovic.

The Wizard won the World Cup of Darts earlier in the year and impressed at Aldersley Leisure Village, losing out 10-8 in a classic with Raymond van Barneveld. Whitlock has returned to some form at the back end of the year and will hope for a good run in Minehead ahead of the upcoming World Championship, having gone out before Christmas last year to Martijn Kleermaker.

Joe Cullen lost out in a last leg decider to eventual Grand Slam champion Michael Smith in the Quarter Finals but will aim to continue his best darting year this weekend. The Rockstar won the Masters back in January to qualify for the Premier League where he went on to lose a last leg decider in the Final, with Michael van Gerwen winning 11-10 at the Mercedes Benz Arena in Berlin.

Cullen will face a difficult opener in former Austrian World Cup finalist Rowby-John Rodriguez in the First Round, the second match on the main stage Friday.

Mervyn King has reached the Final of this tournament twice in his career back in 2010 and 2020, losing in a last leg decider to Michael van Gerwen two years ago.

The Englishman will want a good run this weekend in Minehead with the World Championships only around the corner. The King will fancy his chances in the First Round against Ryan Searle, after Heavy Metal endured a difficult campaign at the recent Grand Slam of Darts, finishing bottom of Group H.

Dolan could meet World Number 1 Gerwyn Price in the Second Round if both players make it through their opening matches, as the 49-year-old prepares to face Jermaine Wattimena on the Second stage at Butlin’s Minehead Resort.

The 2017 Grand Prix champion is drawn into the second section of the draw, facing a potential Second Round matchup with number 4 seed Dirk van Duijvenbode. Superchin is up third on the second stage, as he faces Keegan Brown who won Pro Tour Event 26 in Barnsley having beat Nathan Aspinall 8-7 in a last leg decider.

Vincent van der Voort will hope for a strong tournament this weekend in Minehead ahead of the Alexandra Palace, having been forced to withdraw from last year’s World Championship due to a positive Covid test.

The Dutch Destroyer missed out on the Pro Tour Order of Merit narrowly for the World Matchplay but will want to roll back the years this weekend as compatriot Raymond van Barneveld did in Wolverhampton last week.

The Winmau man faces a difficult test in Martin Schindler, who has enjoyed his best year in the PDC qualifying for his maiden Grand Prix and World Matchplay in 2022.

The Players Championship Finals get underway on Friday live on ITV Sport, with Michael van Gerwen facing Ryan Meikle in the penultimate match on the main stage.