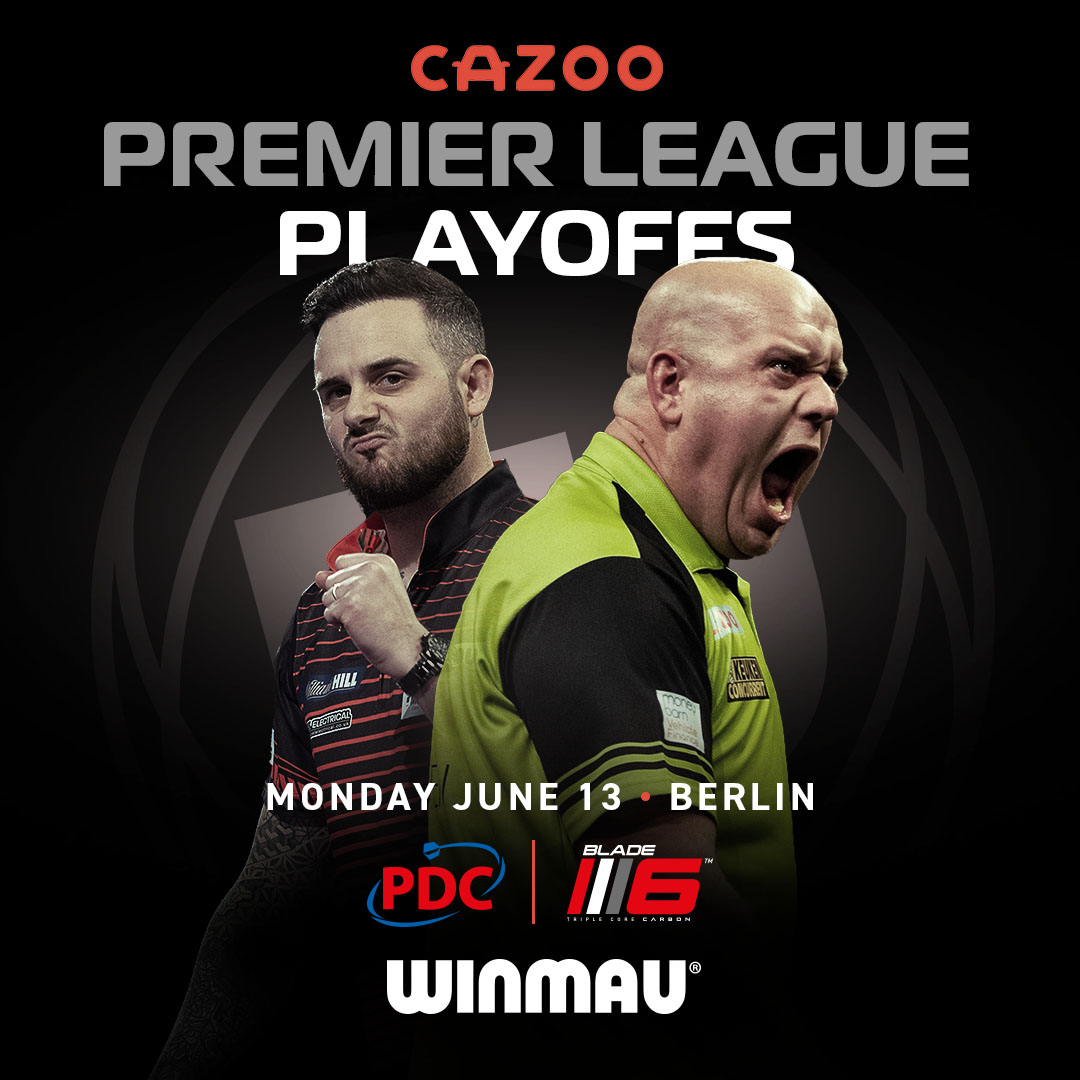 The Mercedes Benz Arena in Berlin will play host to tonight’s Premier League Playoffs as Michael van Gerwen, Joe Cullen, Jonny Clayton and James Wade battle it out for one of darts’ biggest honours.

The first Semi Final of the night will see Premier League debutant Joe Cullen take on the reigning champion, Jonny Clayton. If the Rockstar was to lift the title this evening, he would become the third consecutive Premier League rookie to do so, following the victories of Glen Durrant in 2020, and his opponent tonight, Jonny Clayton in 2021.

The second Semi Final will see Michael van Gerwen take on James Wade. MvG is bidding to become the joint most-successful player in Premier League history by picking up his sixth title tonight, a record currently held by Phil Taylor.

Wade, himself a former Premier League winner, defeated Michael 10-4 in the weekend’s Nordic Darts Masters, however, MvG was quick to state that his focus has been 100% on tonight’s Playoff.

One thing is for sure whoever wins tonight, there is a great night of darting action ahead!

The Premier League playoffs will begin just after 8PM BST, and will be televised live on Sky Sports in the UK or with any of the PDC’s broadcast partners. To check how to watch tonight’s action where you are, please follow the link below: