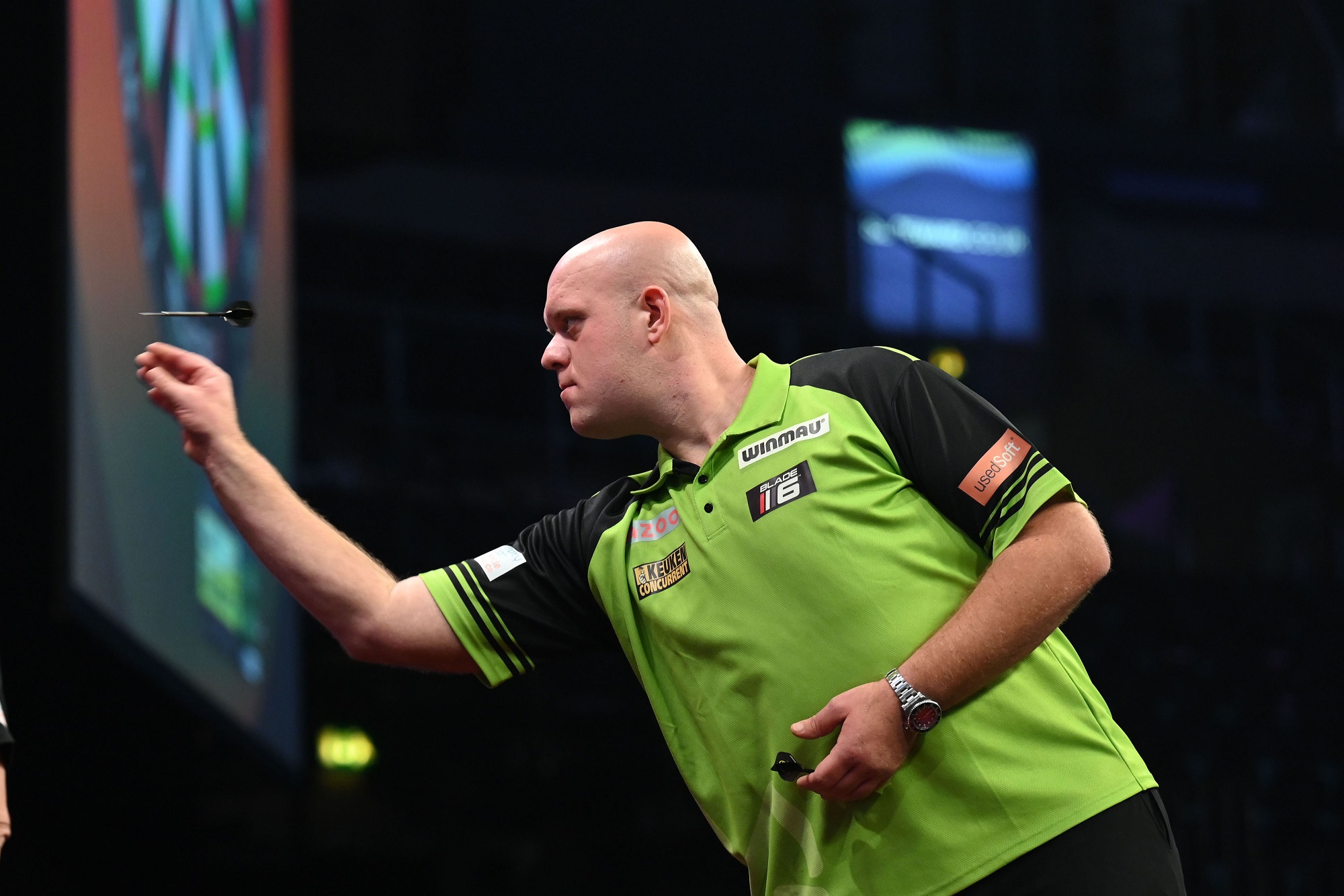 The Premier League returns for night six with the competition heading to Nottingham and what a night it promises to be.

The Premier League returns for night six with the competition heading to Nottingham and what a night it promises to be. The most in form player in darts Michael van Gerwen takes on world number two Gerwyn Price, with the Welshman returning to action after missing last week in Brighton and the German Darts Championship in Hildesheim

Van Gerwen reclaimed world number three spot, James Wade after winning in Germany on Sunday defeating Rob Cross in the final. The Dutchman continuously averaged over 100 in all his matches, with his match against Martin Lukeman being the only affair where he didn’t average triple digits.

Van Gerwen is also coming into Nottingham after winning the last two nights of the Premier League in Exeter and Brighton. He dropped just three legs as he won night four defeating Peter Wright 6-0 in the final and last week winning 6-4 game against Michael Smith with a 103.89 average to claim back-to-back victories.

Gerwyn Price has not thrown a dart on stage since his UK Open quarter final defeat at the hands of Michael Smith and now returning, has the tough ask of playing the most in form player in the PDC in Van Gerwen. Price has got the better of the Dutchman already in this year’s Premier League with the Welshman hitting a nine darter in one of the two hit in one night for “The Iceman”.

The opening match sees Michael Smith take on James Wade with Smith looking to continue the form he showed last week in Brighton. He reached the final for the first time on night five making Gary Anderson the only player not to reach the final in the competition so far.  He will be hoping for more of the same this week with “Bully Boy” seventh in the league, level on points with fellow countryman Joe Cullen.

James Wade did not play in Hildesheim at the weekend but knows he is within touching distance of the Premier League play off positions. “The Machine” currently sits level on points with Gerwyn Price and a match up could occur in the semi finals should both players come through their quarter finals ties.

The Englishman lost in a tight game last week in Brighton as he lost 6-5 to Michael van Gerwen in the quarter finals. He won five legs despite averaging just 92.32 but Wade has an ability of hitting the right shots at the right time in matches and will need that once more with his opening game against the darts speedster.

Gary Anderson needs points and fast, the Scotsman currently three adrift of seventh placed Michael Smith, with only one win so far in the league. He faces Jonny Clayton in the third quarter final of the night, with “The Ferret” also needing points to keep hold of his play off position as well as hunt down top of the league Michael Van Gerwen.

Anderson lost last week in the opening match against Michael Smith in a crushing 6-1 defeat for the Scotsman. His match against Clayton is simply a must win if he is to have any chance of making the play offs, with others around him picking points up.

Clayton reached the quarter finals at the German Darts Championship as he lost to former Premier League participant Daryl Gurney despite averaging more than the Northern Irishman. He also ended his losing run in the league after beating Peter Wright last week in Brighton but lost to Michael Smith in the semi-finals.

The world number eight has won one night so far with victory in Liverpool on night two, with the Welshman currently third in the league behind Peter Wright in second on legs difference.

The world number one will take to the Nottingham stage in the final match of the night as he takes on Joe Cullen, with “Snake Bite” returning to action after pulling out of his quarter final with Michael van Gerwen on Sunday.

Wright withdrew with a suspected back problem but is all clear to play against Cullen in Nottingham, with the Scotsman hoping for more success than last week after losing in the quarter finals. He was impressive before his withdrawal in the event in Hildesheim, including an impressive match with Krzysztof Ratajski where both players only missed seven darts at double in the entire match.

Joe Cullen will have been disappointed with the tournament in Hildesheim as he lost to Daryl Gurney in the last 16, with the match being disrupted on a few occasions due to whistling from the crowd putting the players off. Cullen received a bye last week gaining two points without throwing a dart but lost 6-1 to Michael van Gerwen in the semi-finals.

“The Rockstar” has reached the final on one occasion in this year’s competition but has failed to win a match in any of the other nights so far, with wins needing to come thick and fast for Cullen as the race for the play offs heats up. He is only two points of the play offs going into Nottingham and will need to be on his top form if he’s to beat Wright and reach the semis.

Action gets underway at 7pm live on Sky Sports Arena with another lively atmosphere guaranteed in Nottingham for some high-quality arrows.