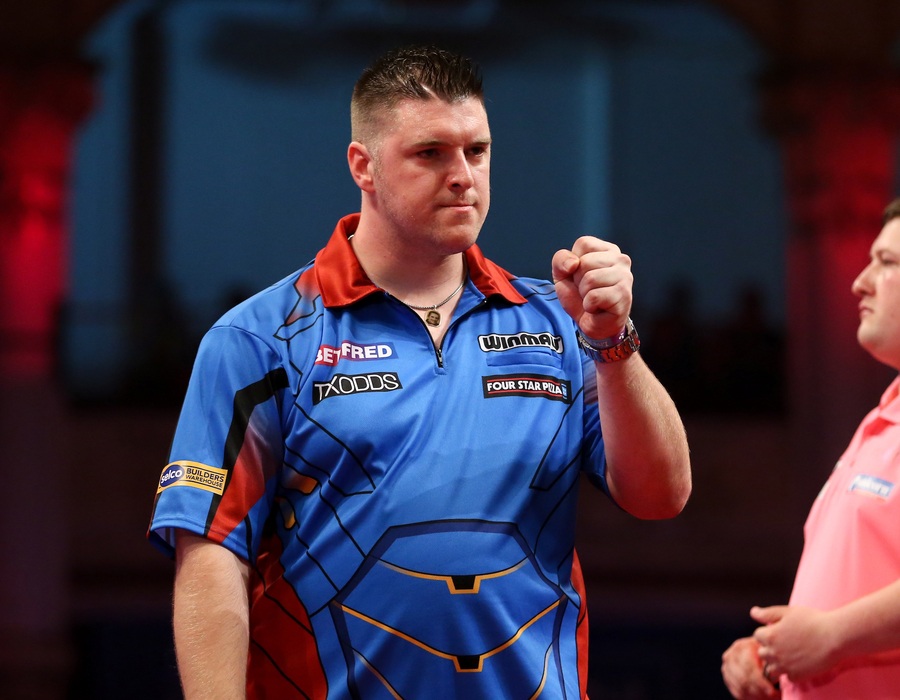 Winmau’s Daryl Gurney fired himself into the quarter-finals of the World Matchplay for the second time in his career after a 11-9 win over Keegan Brown last night.

Superchin’s scoring was once again on point as he rattled in 8 maximums, combined with a 30% checkout rate that saw him in full control of the match throughout.

Gurney took the opening three legs and refused to relinquish that lead throughout the match, keeping atleast a 1 leg buffer between him and his opponent.

The Wizard of Oz has struggled with tendonitis recently and ran head long into a red-hot Wright, who average 103 in his 20th consecutive PDC victory.

Stephen Bunting capitalised on Ian White’s mistakes on winning doubles to book his place in the last 8, defeating White 14-12.

Bunting saw himself 9-4 down, but White’s stuttering at a plethora of doubles allowed the Bullet back into a superb contest, with both men hitting a combined 19 maximums.

Rob Cross completed the quarter-final line-up after comfortably defeating the Polish Eagle, Krzysztof Ratajski, 11-5 with a 98.47 average and 57.89% checkout rate.