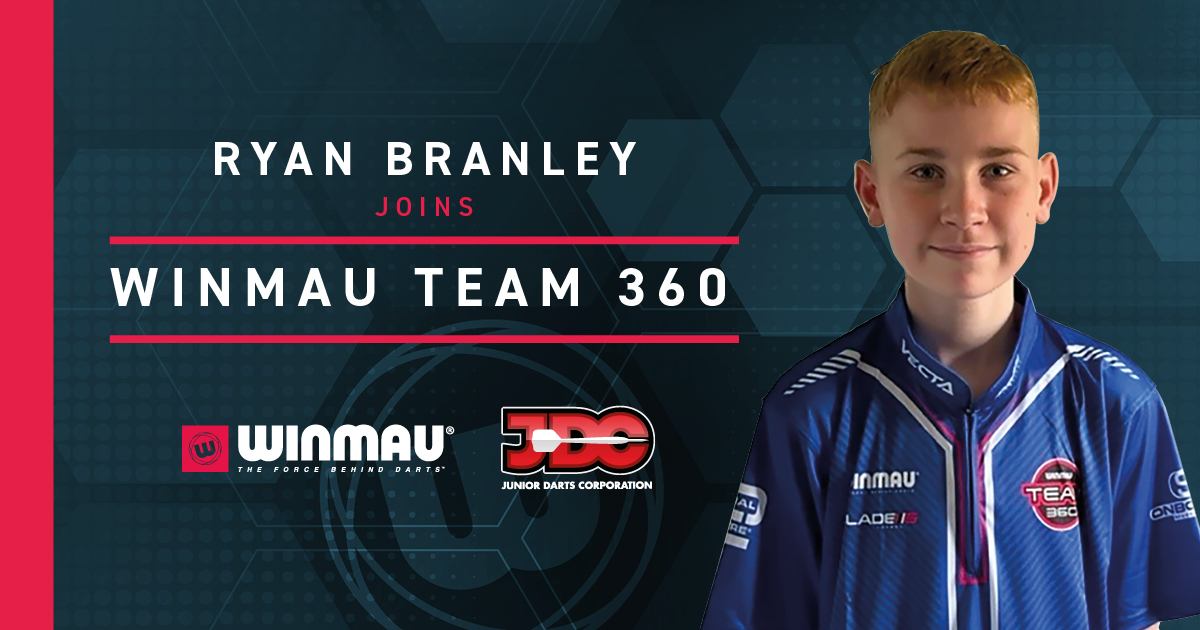 Team 360 is one of the most successful development programmes in the sport of Darts with the biggest name in Winmau fully backing the project set about by former star Steve Brown. The likes of Development Tour number 6 Jurjen van der Velde and recent Tamworth Darts Open winner Hannah Meek all play with the backing of the Welsh darting manufacturer.

Cam Crabtree has signed for Team 360 with a fantastic 115.62 average on his MODUS Super Series debut being a major talking point, beating ADC Number 1 Matt Jackson 4-0 in Group C.

The 19-year-old also achieved perfection at PDC Challenge Tour 23, in a defeat against Nathan Girvin but showing the rest of the darting world the threat, he poses with his high scoring power.

Cam finishes 57th in the Challenge Tour Order of Merit having earnt himself £1200 after the 24 events concluded last month.

Winmau are also pleased to announce the signing of Ryan Branley to Team 360, with the youngster including a victory in the U13’s competition at the Northumberland Festival of Darts four years ago.

With age grows confidence and the youngster now a regular for Northumberland youth county, also received a call up to the senior squad at the age of just 14: a fantastic achievement.

Cam said on his new Winmau contract: “I am pleased to have signed for the biggest name in darts Winmau. I am looking forward to having a long successful partnership with them”

Team 360 manager Steve Brown said on signing Cam Crabtree: “I am delighted to have Cam on board as part of the Winmau Team 360 group, we’ve all seen the gift he has from his recent Super Series performance, and I am excited to see his further development”.

Steve also spoke on Ryan saying: “I’m very happy for Ryan, he played at the Super 16 where I heard many good things and I now look forward to seeing the growth and development of his young darting career.”