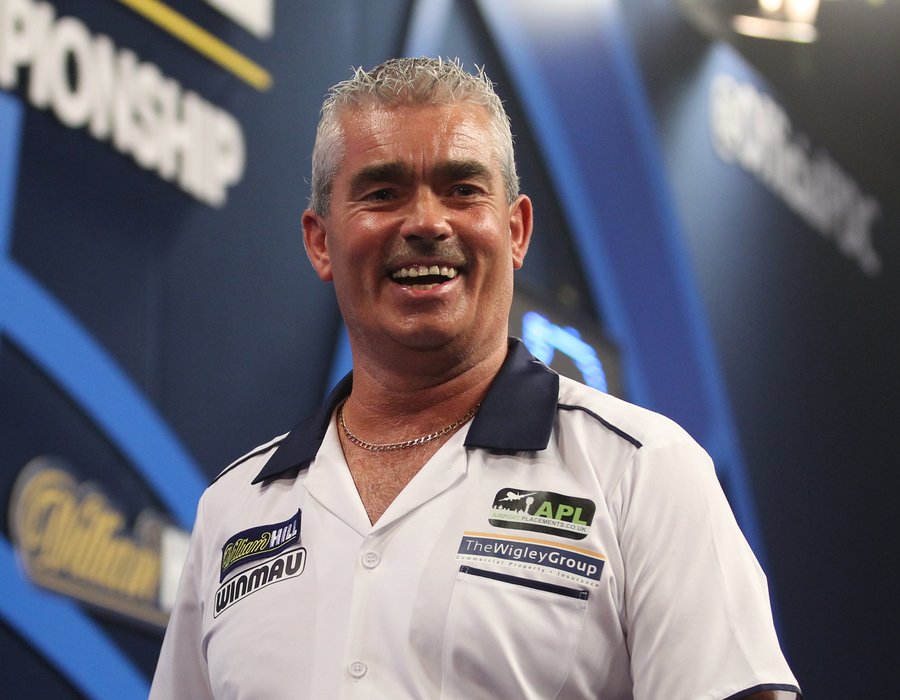 "The Bronzed Adonis" Steve Beaton is set to face Michael van Gerwen in a staggering 20th appearance at the PDC World Matchplay next weekend.

After making his Matchplay debut in 1998, Steve has since qualified for every instance of the tournament since 2001 and has been drawn against World number 1 Michael van Gerwen this year.

It’ll be the third time the pairing has met in Blackpool and it promises to be a fantastic showdown. The ever-green Beaton has been on great form over the first half of the season, maintaining a 100% qualification record on the Euro Tour so far, culminating in a 9-dart finish in the German Darts Open, in April.

Danny Noppert will be making his Matchplay debut and will take on defending champion Gary Anderson in Round 1. The Dutch star has also tasted 9-dart success this year, hitting the perfect leg in the semi-final of Players Championship 5.

World no.3 Daryl Gurney will look to replicate the form that saw him reach the Matchplay semi-finals two years ago, Superchin takes on ‘Rapid’ Ricky Evans on Monday 22nd July

The Wizard of Oz, Simon Whitlock, comes into the Winter Gardens as 11th seed for this year’s tournament and will take on 2019 Premier League Contender John Henderson, whilst Mervyn King returns to Blackpool, facing UK Open winner Nathan Aspinall.

The tournament has the 2nd biggest ranking prize fund on the Professional circuit and takes place from 20th - 28th July.

Second Round - Best of 21 legs