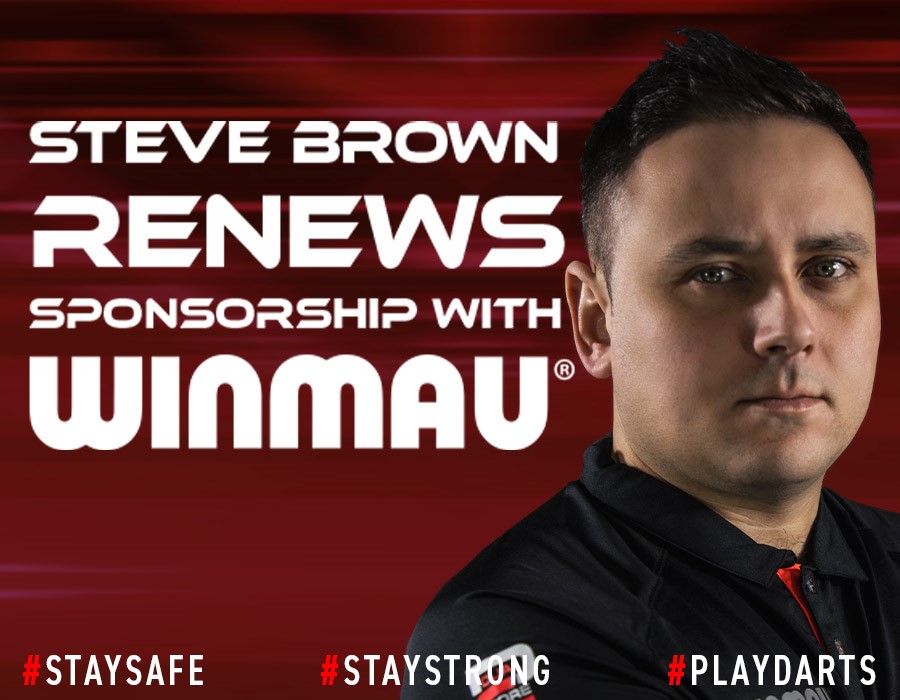 Steve "The Bomber" Brown from Bristol has signed a new five-year deal with global darts brand Winmau, his first manufacturing contract in over 5 years. The new deal follows his stunning success at the 2020 PDC Q-School, where he captured World Darts' imagination in making one of the sport’s greatest comebacks to the professional game.

Steve Brown said "I only entered Q-School as a way to really support my son John, who was entering and going up we knew that I was nowhere near Q-school fit, but I’ve always had great self-belief and mental strength.

“As Q-school begun my competitive edge returned quickly allowing me to gain some rapid points that even surprised me, yet also backed up what I feel about my own game."

"Another factor that was in my favour was that this was first time in nearly five years that I’ve been playing injury-free and not throwing in pain, which clearly made a huge difference."

Simon Hall, Head of Marketing at Winmau said "Naturally we're very close with Steve through his work at the JDC, but this episode is all about Steve and his will to continue being the top-class professional, leading by example and inspiring the children with whom his most darts passion lies.

“Steve not only fought his way through an exceptionally strong field, but he did so at the most media-hyped Q-school ever following the amazing success of Fallon Sherrock in the World Championships and her presence at Q-school."

Steve's presence of mind while humming along to Kenny Rogers "The Gambler" was even more outstanding when you consider he achieved qualification in three days and was on a plane to China before the final list of qualifiers were even announced. where Steve had taken the most monumentally unselfish decision to put the JDC first over his own professional playing career and it is this character and belief that we are so very grateful to be working with.

Steve will be in action fighting his way back to televised majors on the PDC tour through, you can follow him on Twitter @steve180brown