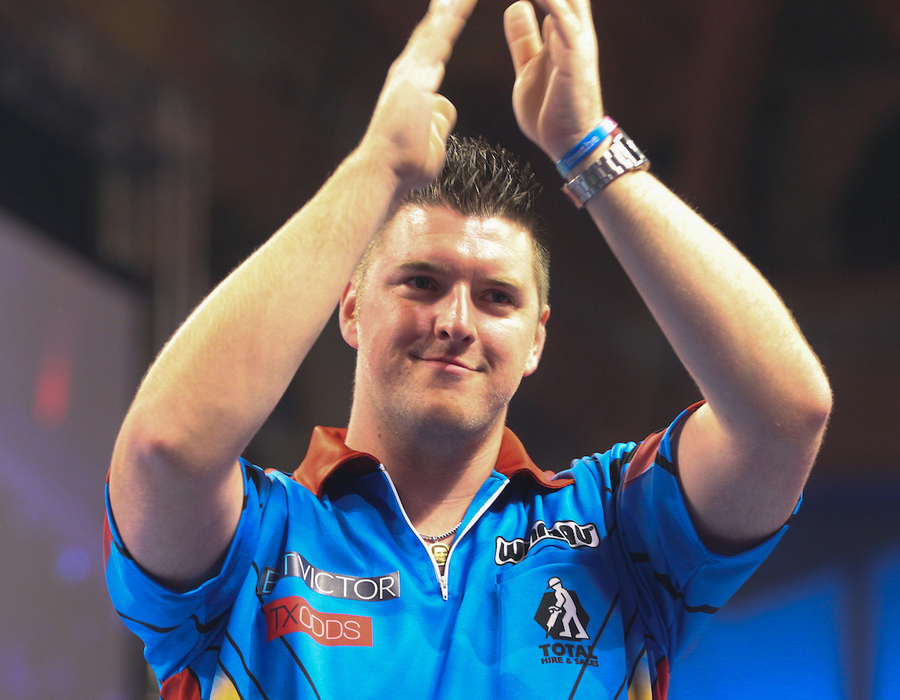 Winmau’s Daryl Gurney smashed in a 10-dart final leg to secure a point last night in the Premier League, drawing 7-7 with James Wade.

Gurney was then facing the prospect of a late defeat as Wade secured a point at 7-6, however the Northern Irishman rattled in a stunning 10-dart leg to ensure he shared the points.

There were also wins for Michael van Gerwen and Rob Cross as they defeated Michael Smith and Peter Wright respectively.

Cross averaged 102.03 as he defeated Snakebite 8-5, limiting Wright to just 6 darts at double. Despite a checkout percentage of 83% as he hit 5/6 doubles, Cross’ scorning and checkouts at key times earnt him the win.

In the other game of the night, Welshman Gerwyn Price defeated Mensur Suljovic 8-5 to move himself into a play-off position during a scrappy encounter.