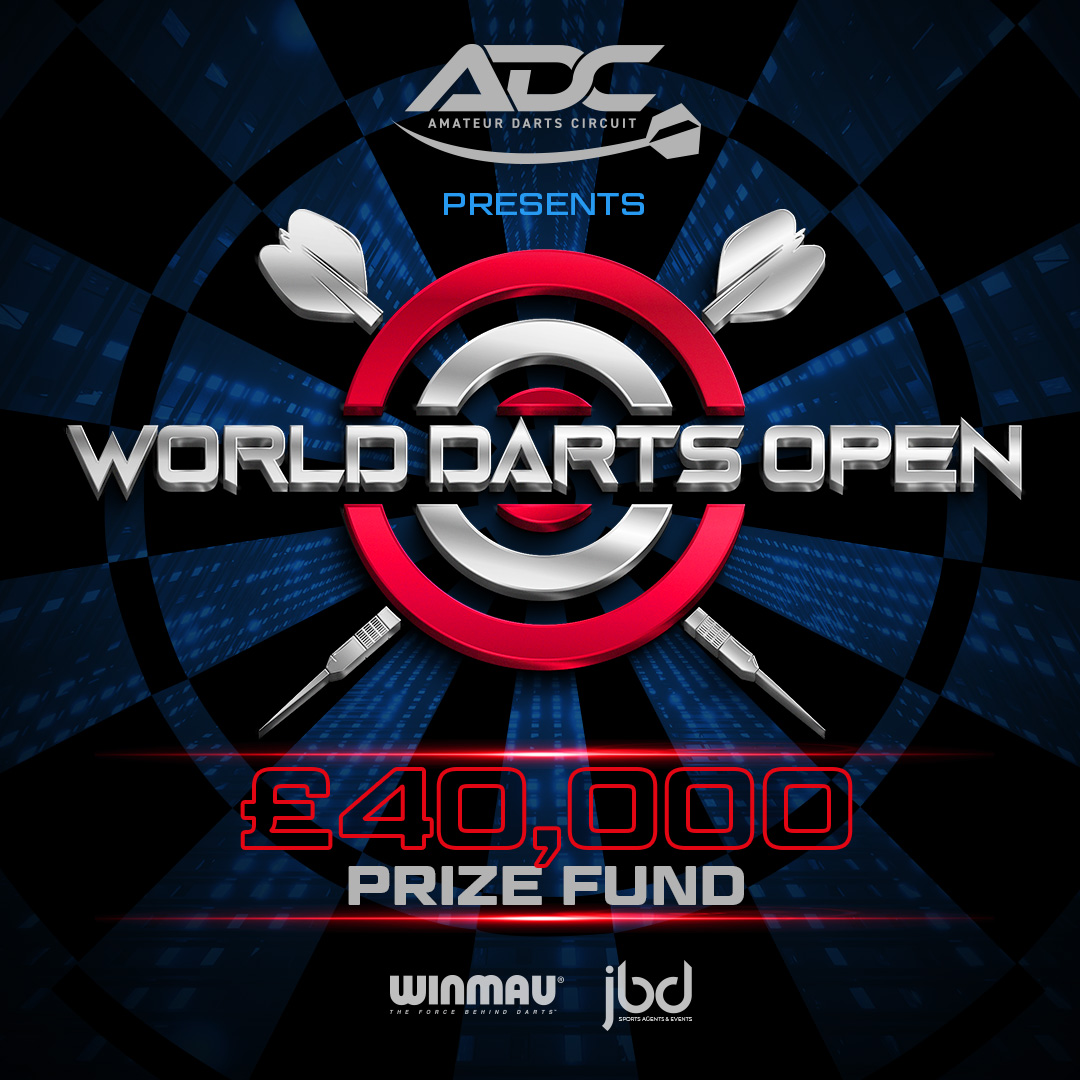 A super exciting major event has been added to the Amateur Darts Circuit (ADC) calendar with the NEW World Darts Open scheduled to take place in December.

Perfect for amateur talent, the World Darts Open will be open to 256 players, coming from international qualifiers, the ADC ranking table and the JDC advanced tour to play for a sum of the £40,000 prize pool.

Increasing the amount of play time for competitors, the World Darts Open will begin with a round robin group phase, before heading into a knock-out phase. Both Men's and Women's rounds will be on in action, with £10,000 going to the Men's winner and £3,000 going to the Women's winner.

The amateur scene is very exciting with new opportunities arriving at lightning speed, for more details please check out:

WHAT IS THE ADC?

The ADC (Amateur Darts Circuit) have stormed onto the darts scene, looking to build and structure amateur darts. Scott Hunt, Head of Global Operations and Steve Brown, CEO join Simon Hall to talk through the innovative thinking behind the ADC.

Attacking amateur darts with a 4-pronged approach, the ADC have brought in Open Ranks where any promoter can join ADC and offer points towards the competitors in the ADC ranking table.

A Championship Tour where players can attend an amateur event with professional set-up including the big stage, ADC officials, tablet scoring and a massive prize fund. 8 events will be held over 4 weekends with opportunities to qualify for the Finals at the end of the Tour.

Rejuvenated from the old belt system, the undisputed series offers players a chance to get their name on the scene by winning an event and taking home an undisputed title. There will be a global champion, a UK Champion, English, Welsh and Scottish champion to name a few.

The last prong of attack is an organised Singles League. Currently sponsored by Red Dragon Darts, 16 divisions of 16 players play over 15 weeks to earn a spot in finals night. 2 games are played a week with matches being played best of 8.

All events are played on leading Darts Atlas technology, where all scores, results and rankings are logged on line with little admin. Players can connect their phones to Dart Atlas and receive board calls and look in the local area for any registered events.

ADC are leading the charge on amateur darts, providing almost limitless opportunities to get into a well organised competitive area of darts with really good paths to move into a pro category in darts.

An evolution in the belt system, the ADC are issues over 20 belts that can be won by challengers. Belts are offered in a Global, European, national and regional level.

Currently focused on the UK, the ADC are looking to expand through-out the World and offer new belts when they are in demand.

This gives players opportunities to put their reputations on the line and money where their mouth is and create a hyped-up entertaining card, that you would otherwise find in other sports like boxing or MMA.

Watch Simon Hall go into detail about the ADC with Steve Brown, ADC CEO and Scott Hunt, Head of Global operations below:

WHAT IS THE ADC - https://youtu.be/JQARvfxVN40