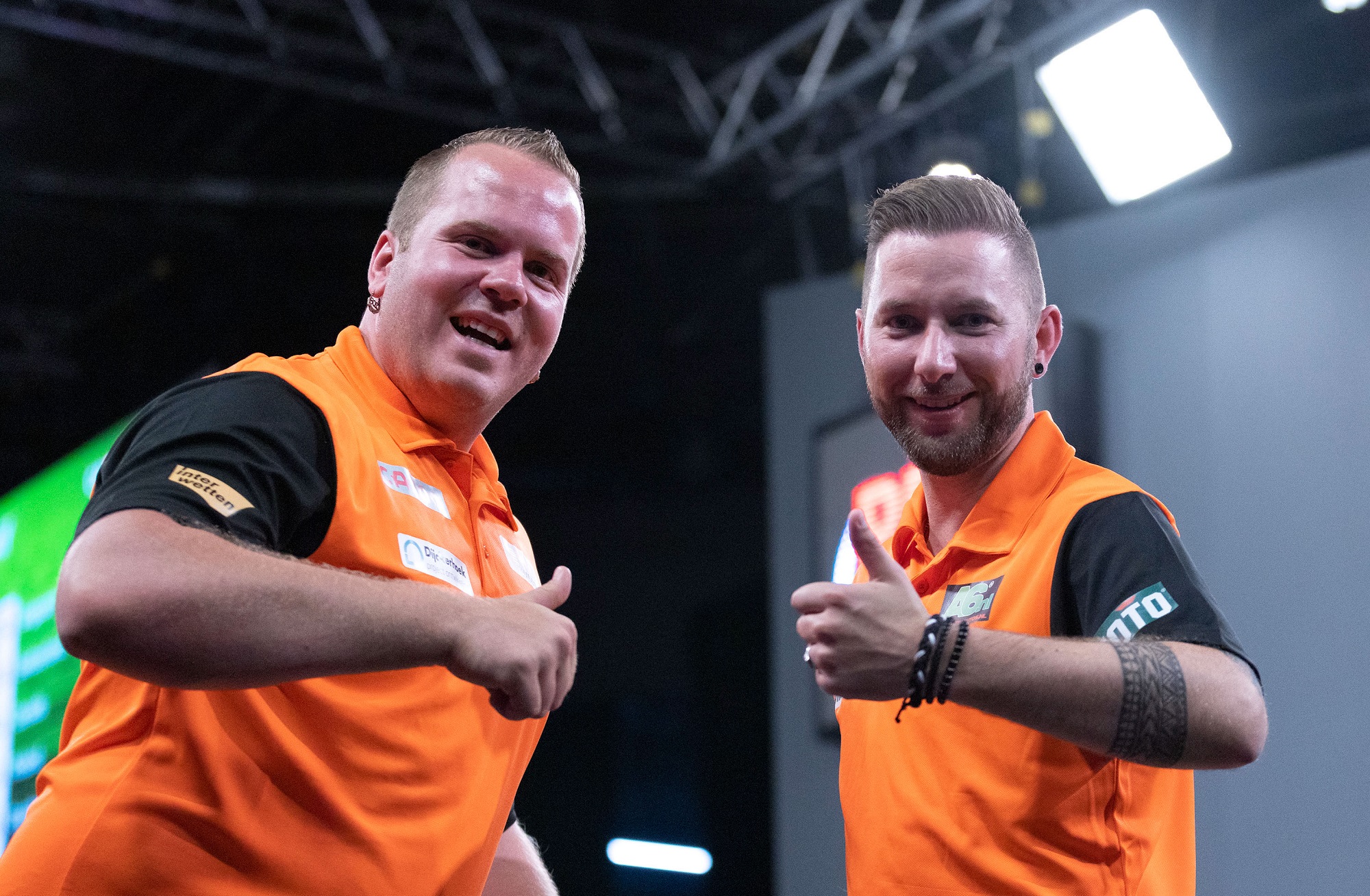 A country renowned for producing fantastic darts players is Holland, from World Champions such as Raymond van Barneveld and more recently Michael van Gerwen who is also this years Premier League champion. However, there are more players now who are starting to make their mark in the PDC and listed below are the players who can possibly be a real force in the world of arrows.

A former Lakeside finalist back in 2017, Danny Noppert has really come of age in 2022 with fantastic performances across the year within the Pro Tour and the Euro Tour where he reached the Final of the Dutch Darts Championship losing to Michael Smith.

The Freeze took his first successful step in the darting world after finding victory in his very first PDC major televised tournament back in April, winning the UK Open beating Bully Boy in a last leg decider. A moment of history for the man from Joure, who is now the world’s eleventh best player having a value of £367,000 in the rankings with more tournaments to come in the year.

The Dutchman also represented his country for the second time in the recent World Cup of Darts, losing with partner Dirk van Duijvenbode in the Semi Finals against Wales. The pair impressed in their other matches against Brazil, Ireland and Northern Ireland winning all games without dropping a single point/ leg.

With events such as the World Matchplay and the Grand Prix coming up, the Winmau star will have his eyes firmly fixed on the silverware, having achieved success and gaining the confidence that he does have the winning ability on the big stage.

Could the former Lakeside finalist come up with a run in Blackpool and again let the other players know just how difficult it will be to get the better of him on the oche?

A man who has been in the game of darts for a while now, Vincent van der Voort has certainly caused many darts players trouble with his tremendous ability on ton plus finishes and his fantastic trait of heavy scoring at a fast pace. The man nicknamed the Dutch Destroyer has reached two World Championship Quarter Finals (2011,2015) as well as the Final of the UK Open back in 2007 where he lost to Raymond van Barneveld 16-8.

This year, the 46-year-old reached the Semi Finals of the Czech Open beating the likes of home favourite Adam Gawlas in the Quarter Finals after victories over former back-to-back world champion Adrian Lewis and the impressive Martin Schindler, who has enjoyed a strong year in the PDC.

The Winmau man also played in the recent Dutch Darts Masters and reached the Quarter Finals where he lost to fellow compatriot and Winmau star Danny Noppert. Van der Voort clinched a last leg decider against Gerwyn Price on the opening day to reach the Final 8, missing just five darts at double in the entire match.

With what happened in the recent World Championship, the Dutchman has really put that behind him and the quality he still possesses is still feared by many. The Purmerend thrower beat Adam Hunt 3-0 in his First-Round match at the Ally Pally but withdrew from his Second-Round match with James Wade due to a positive Covid test.

A man who also has represented his country twice in the World Cup of Darts, Dirk van Duijvenbode has really kicked on this year winning already on the Pro Tour and reaching the Final of the Dutch Darts Masters where he fell short to Dimitri van den Bergh.

The Auber-genius won Players Championship 12 after clinching a last leg decider against Ryan Searle and saved his best performance of the day for Danny Baggish in the opening round averaging 109.81 in a 6-2 win against the American.

The Dutchman reached the Final of the Grand Prix in 2020 where he lost to Gerwyn Price 5-2 in the Final in his only televised Final thus far in his career. Van Duijvenbode sits 14th in the PDC Rankings and should expect a spot at the Winter Gardens later this month after making his debut in Blackpool last year.

An up-and-coming darts Dutchman who has come into real form especially in the Online Live League recently, winning Week 4 after beating Nathan Girvin 5-3 in the Final. The youngster came through a very tough field last week, with players such as Chas Barstow, Arjen Konterman and former Lakeside finalist Thibault Tricole all involved.

The Red Dragon star also reached the Final of Development Tour 11 losing to Northern Irish star Nathan Rafferty 8-4 in the Final. Van Veen beat Jarred Cole and Jurjen ven der Velde along the way to the Final and at just 20 years of age, it’s safe to say we won’t be hearing the last of this youngster in relation to the sport of Darts.