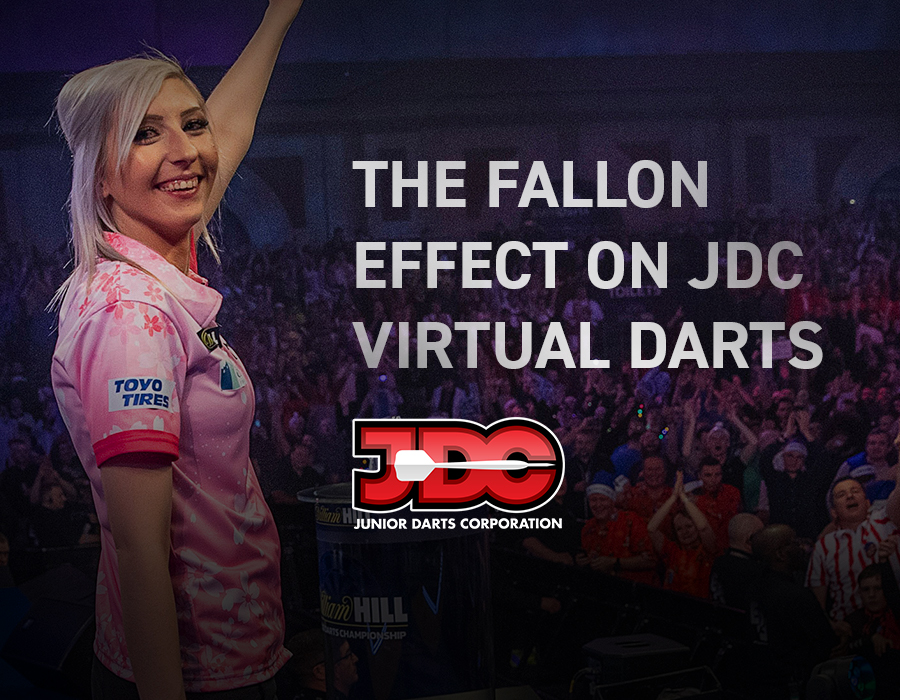 Fallon Sherrock's meteoric rise in the sport and her effect on it has been seen throughout lockdown with the JDC reporting big increases in female participation in JDC virtual.

Steve Brown, JDC Chairman, said “Fallon’s journey in the World Championships has heralded a new era for the sport as a whole and we have already seen a superb influx of girls both playing and interested in taking up the game.”

Throughout the lockdown period JDC Virtual’s popularity and participation exploded, with opportunities for grassroots players of all ages, sex and ability to qualify for the first ever Virtual Amateur World Darts Championships.

Steve said “Whilst we are a million miles from the glitz and glamour of the televised game, it is this sort of development that bodes well for decades to come and hopefully the first ever ladies and girls competing for major titles.”

Steve's passion for the sport has played out in another blockbusting move with the announcement of Modern Amateur Darts (MAD), that creates 16 super-regions for the UK in a franchise system that will include full support for the Ladies game.

Steve Brown said "Grassroots amateur darts will always be in my heart and seeing the success of people like Fallon has helped convince me to get involved and give back to darts what it most deserves. MAD is a massive project to undertake, but one that will put amateur darts on a fantastic footing, with a structure and pathway for the game’s future to flourish"

Check out the full details of JDC Virtual here: http://juniordarts.com/