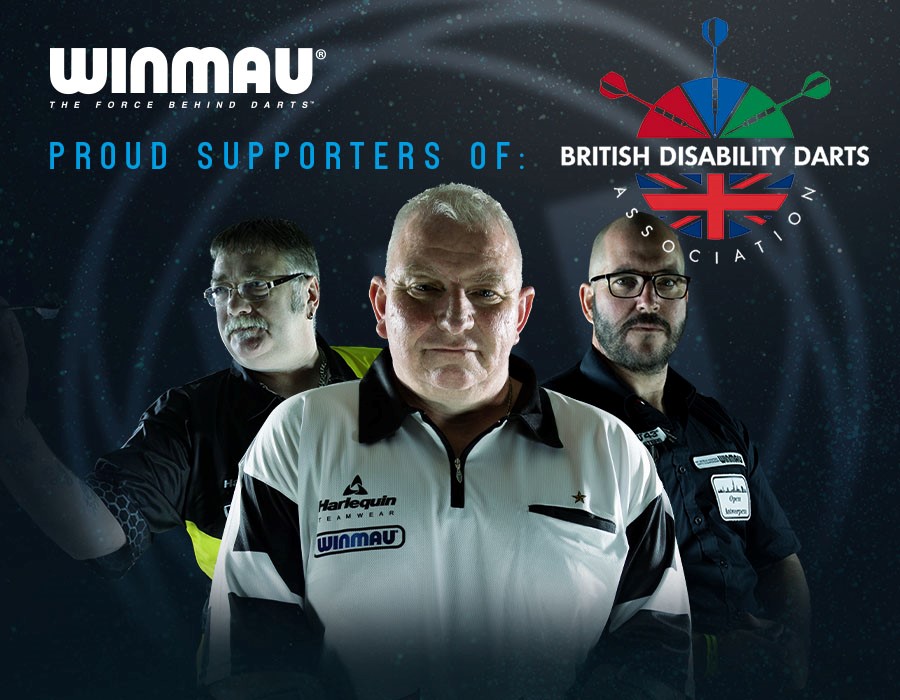 On Friday the 6th and Saturday the 7th November 2020

There is a new ranking system for the BDDA players for these events in the “BDDA Road to the Winmau” and it will consist of the following BDDA Ranking tournaments:

23rd February at the BDDA Winmau Open in Chester

May 8th to 10th BDDA Welsh open with the WDO

14th June at Selsey with the EDO

August to be announced

27th September at Selsey with the EDO

All BDDA Tournaments are open to players from any country and regardless of what other darts organisations they belong to, subject to them meeting the BDDA Paradarts eligibility criteria and registering as a member of the BDDA.

If you are not already registered as a BDDA member please visit our website at  https://www.britishdisabilitydarts.co.uk/new-members, for details on how to register.

The BDDA is continuing to follow the Paralympic guidance of players playing in a classification system.

The BDDA will now have 2 new classifications: Standing Players (ST) and Wheelchair Players (W1/2). They will each have their own separate ranking tables and separate BDDA Winmau Masters and Open 2020 tournaments.

At the beginning of the year, players will be allocated the relevant classification (standing or wheelchair player) and they will stay in that classification for the whole season.

If during the season standing players need to use a wheelchair to play, through injury, illness or a deterioration of their disability, they can play from their wheelchair but will remain in the Standing Player ranking system. A player can ask to be or will be advised they have to be reallocated to the wheelchair player classification at the beginning of the next season if appropriate.

Players in the Wheelchair Classification at the beginning of the season cannot change to play standing during the season.

In addition, the BDDA will be inviting additional players worldwide to register for this tournament

The full tournaments details including how to register will be announced nearer the tournament date.

The BDDA reserves the right to change these details if required.

For more details please visit the BDDA at: