'The King of Bling' joins the WDDA as an Ambassador 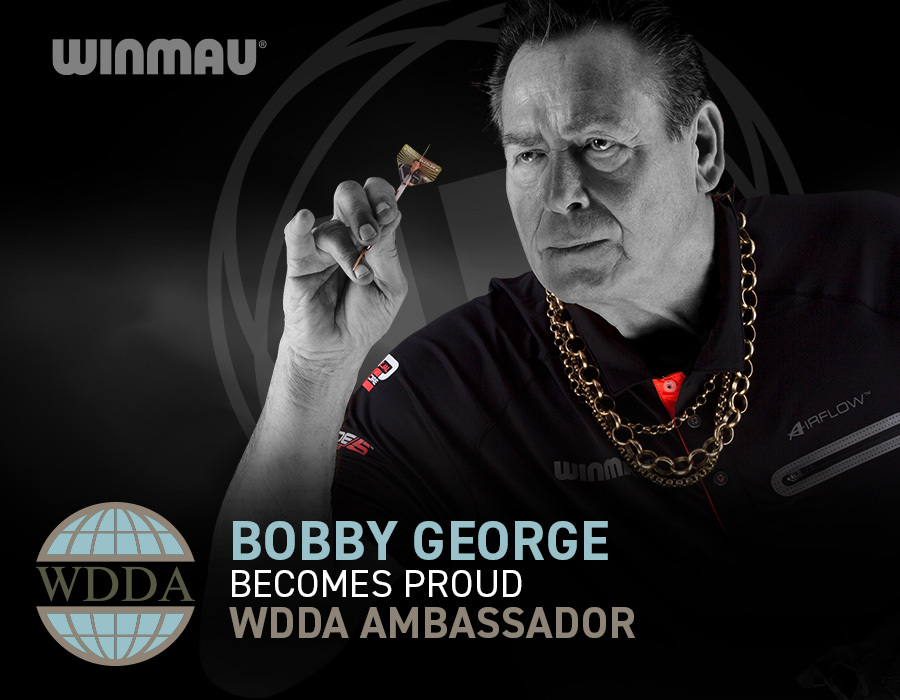 'The King of Bling' joins the WDDA as an Ambassador

‘The King of Bling’ otherwise known Bobby George has joined the World Disability Darts Association (WDDA) as an ambassador with other newly appointed ambassador Jenny Fordham (The late Andy Fordhams wife) and will join in the quest to promote darts in the disability community.

Bobby is a household name in darts, taking up the game in the 70s. Bobby holds many achievements in the game winning the News of the World Championship back in 79 and 86 and other wins in the Nations cup with the England team and noted victories in Butlins grand masters.

The WDDA was first set-up by Russ Strobel in 2013. Russ had the aim of using the WDDA to enable any of those with disabilities an opportunity to get involved in the game and offer a safe social space where participants can play together and join in mainstream darts competition worldwide. With this in mind, Russ worked on a board that could be used by both Wheelchair players and standing players with a fair playing field, Russ achieved this with the Wildfire 137 which has been approved by the WDF.

With the pathway already set by the WDDA for competitors to get involved with disabilities dart across the World, Bobby can come on board knowing that competitors are using the best products out there with Bobby also using Winmau equipment.

With Bobby’s abundance of experience in the darting world, Bobby can help use his flamboyant style and access a wider audience and continue to push the great morals presented by the WDDA.

After a COVID layoff, Ted McMillian WDDA CEO, is ready to get the disability darts scene back-up and functioning with a big 2023 planed, the WDDA are ready to offer players to get in involved in 7 majors next year (venues and dates TBC at a later date) –

The World cup in Germany,

The WDDA team is fired up already with majors going ahead in 2022 with the Matchplay play-offs taking place 23rd-26th June, the PDC Betfred World Masters taking place 18th,19th , 20th July and the European Cup and World Single Champion finishing off the year in Cyprus from October 21st -25th.

Ted has expressed his excitement to a blockbuster year in 2023 “The WDDA are delighted to announce The King of Bling " Bobby George" as our new ambassador. Bobby will join the WDDA as our Ambassador along with the late great Andy Fordham’s wife Jenny as joint ambassadors. With Bobby's knowledge and experience within the game of darts, we feel is a fundamental part of the growth of Disability darts Worldwide”

“It is an absolute pleasure to join and be an ambassador for the WDDA. The focus they have providing opportunities for players with disabilities is amazing. I can remember when I first started to play darts, there wasn’t any type of organisations pushing to open opportunities for disabilities or any minority groups. Now players have plenty of opportunity to get on the stage and perform and make a name for themselves on the circuit.

Using darts to provide a safe place for enjoyment and using the game to help players rehabilitate is something I admire, that’s what darts is all about. I am excited to see the talent grow in the WDDA and hope to see a 9-darter on the way”.