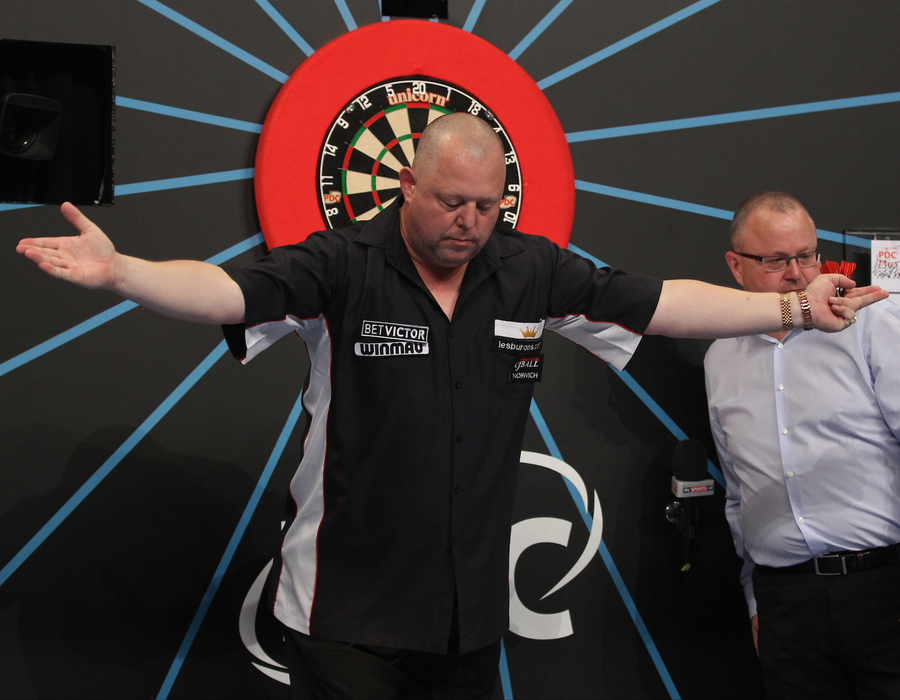 King flew out of the gates to a 4-1 lead before the first break, before Aspinall fought back to level the game 5-5. Mervyn’s lethal finishing proved to be the difference though, hitting 62.5% of his attempts at double as he reeled off 5 legs on the spin.

Gary Anderson awaits him in the final, after a scrappy 10-6 win over debutant Danny Noppert. It was a shaky start to Noppie’s first appearance as Anderson capitalised to move into a 6-1 lead.

The Dutchman showed great spirit to rally and move himself back within a single leg of the two-time World Champion at 7-6, but couldn’t stop Anderson’s sprint to the finishing line.

Stephen Bunting and Gerwyn Price battled out a classic, Bunting taking the tie-break leg on double 11 to win 13-12. Former World Champion Rob Cross also booked his place in Round 2 with a comfortable 10-3 win over Chris Dobey.

Sunday’s action saw a clash of BDO v PDC World Champion set-up in round 2, after Michael van Gerwen and Glen Durrant both claimed victory in their opening fixtures.

MvG hit four maximums but looked uncharacteristic on his doubles as he defeated the Bronzed Adonis, Steve Beaton, 10-6. Duzza hit a much more confident 101 average in his match as he sailed past Adrian Lewis 10-4. That defeat signalled the first time that Adrian Lewis fell out of the World Matchplay in the opening round since 2010.

There were also victories for James Wade and Mensur Suljovic in the evening session, defeating Jeffrey de Zwaan and Jermaine Wattimena respectively.

Earlier in the day there was a whitewash as Joe Cullen succumbed 10-0 to Ian White, after Max Hopp had dumped out Dave Chisnall 11-9 in a high-scoring encounter.