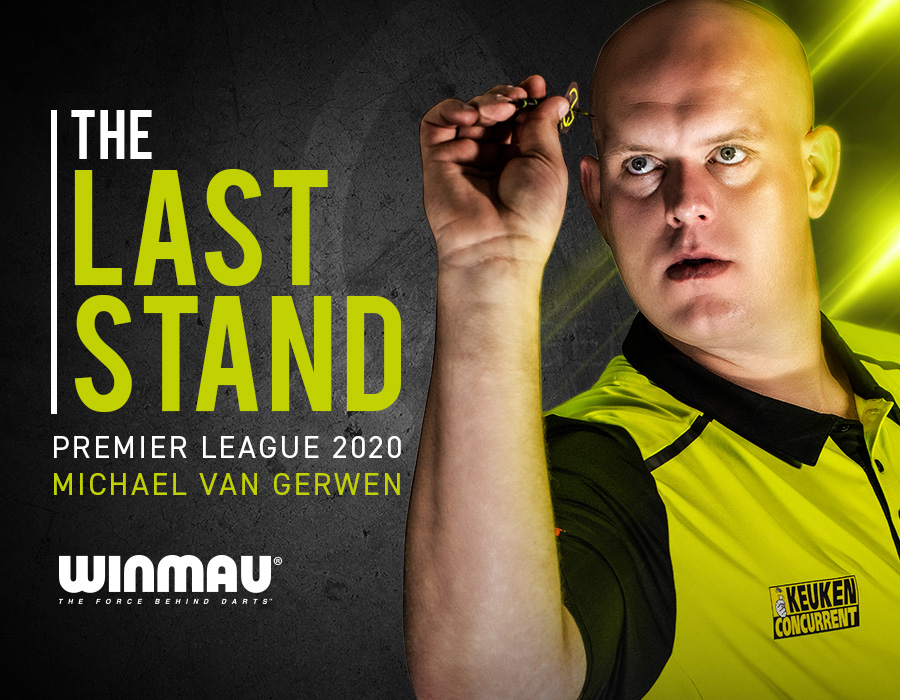 World No.1 and Reigning Premier League Champion Michael van Gerwen remains right in the hunt for a play-off place despite letting Glen Durrant off with a draw last night.

All the attention turns to the massive final two matches for Mighty Mike, who sits outside the last qualifying fourth spot on leg difference only, but Michael must win both remaining games to force a place in the top four spot.

Michael said “There’s two games left and I’ve got to treat this like a knockout tournament, two wins are an absolute must which always helps me to get focused and get my mind-set to be at my most dangerous”.

“I’ve not been performing at my best during some of these games, I know that, but I played much better against Glen tonight after sharpening up on a few things on the practice board and a switch of darts”

In MvG’s sights first is Gary Anderson in the battle between former Premier League champions, a match which often sees both men bring the best out of each other’s game.

Saturday’s Judgement Night will then see Daryl Gurney face MvG in a finale to the tightest league stage in the tournament’s history.

Gurney himself may not be able to qualify mathematically, but showed he’s still up for the fight and It showed in his performance during his 7-7 draw with Gerwyn Price last night.

Live coverage of Unibet Premier League Night 15 will be shown on Sky Sports, as well as through the PDC's international broadcast partners.