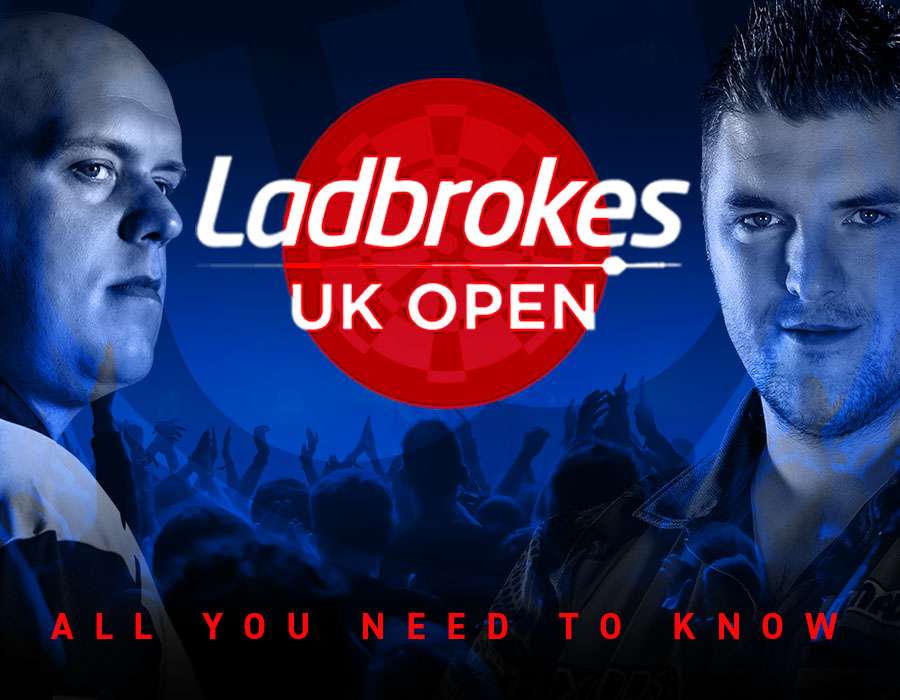 The Ladbrokes PDC UK Open kicks off this Friday where 160 darting warriors will enter one of darts’ most exciting major darts tournaments.

It’s long been known as the “FA Cup of Darts” due to being the only tournament in the World that allows amateur qualifiers the chance of winning a televised major PDC title.

Many a fairy-tale run has occurred at the tournament, such as Rob Cross breaking on to the scene with his Last 32 run in 2016 – coming off the worse in a titanic battle with World no.1 Michael van Gerwen after entering as a Riley qualifier.

Full coverage of the tournament takes place LIVE on ITV4 (and PDCTV) adding to the pressure and excitement of the event, and it’s this underdog pressure which gives such great potential for upsets in this quick-fire major tournament.

As you can see the higher up the PDC rankings you are the later that you enter into the tournament, but as we’ve seen before that isn’t always a good thing.

Similar to the Winmau World Masters, the UK Open offers the chance for a player entering at the first round a chance to build momentum, find form and then face one of the PDC big boys cold.

We’ve seen this happen many times before such as when a young Aden Kirk defeated Phil Taylor and Peter Wright in 2014 or darts cult hero Paul Hogan’s win over Gary Anderson in sudden-death leg in 2017.

All the action will unfold live on ITV4 from 6th-8th March where one player will be crowned the Ladbrokes UK Open champion and the first major winner of 2020.