The Rockstar Reigns Supreme in Rotterdam 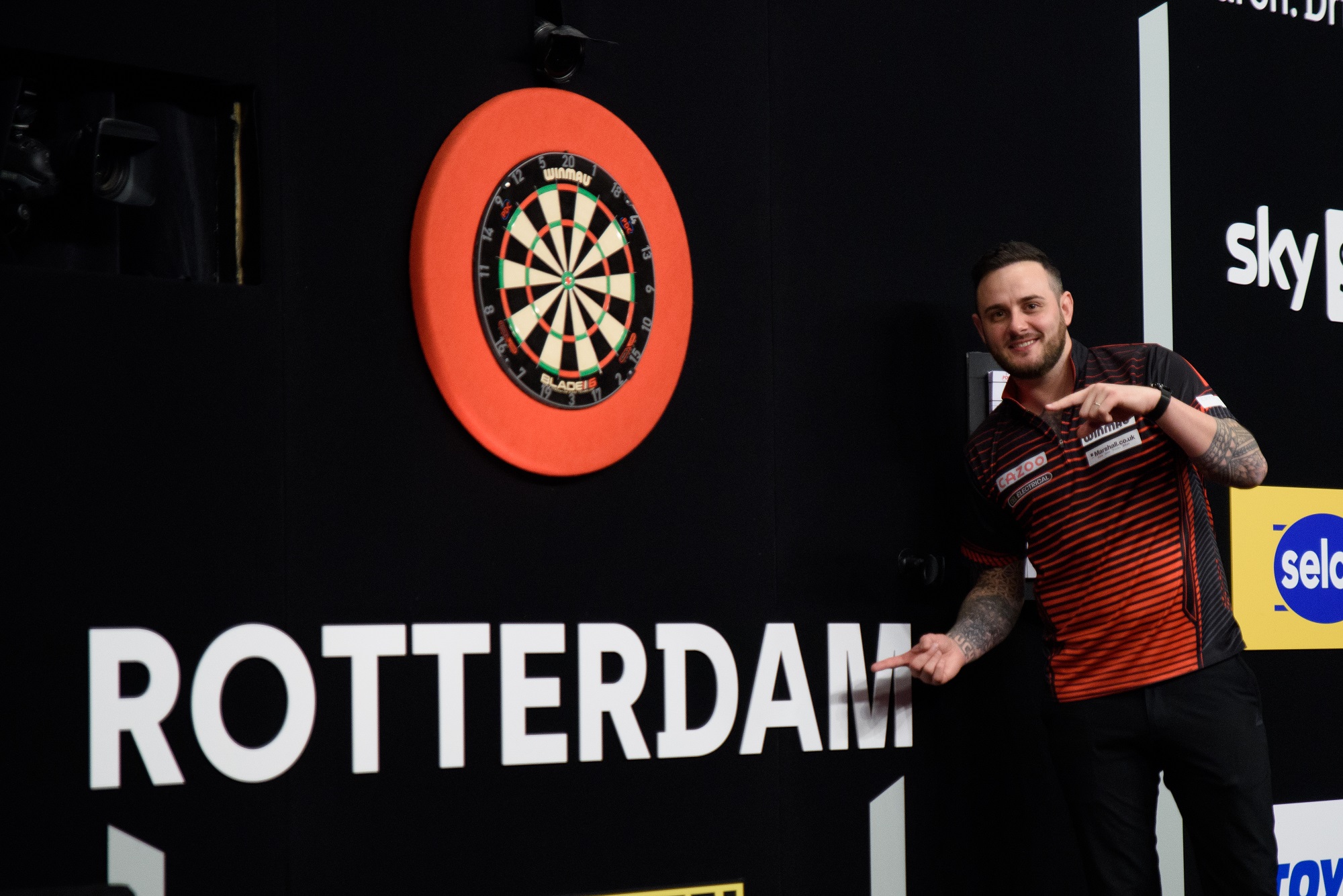 The Rockstar Reigns Supreme in Rotterdam

Joe Cullen won an all Winmau final in night 7 of the Premier League as he beat Michael van Gerwen in a last leg decider to reach the play off positions for the first time. “The Rockstar” defied the odds after coming into Holland as the least likely to win the night after only picking up wins in Liverpool so far.

The final saw Cullen hit seven 180’s and nearly take out the deciding leg with a nine darter after hitting six perfect darts. A nervy finish saw Cullen eventually close out the match on double four and become the 6th player to win a Premier League event out of the 8 players selected in the 2022 season.

Cullen came into Rotterdam bottom of the league and leaves in fourth as he picked up a night win for the first-time making Michael Smith and James Wade the only players yet to win on a Premier League night.

His opening match of the night saw him play Gary Anderson with the Scotsman coming into Holland on the back of winning in Nottingham last week. Anderson also won in a semi final between the pair on Saturday as their paths crossed during Pro Tour event 5 in Barnsley.

“The Rockstar” was very impressive on his doubling with only three missed darts at double, in a 6-5 win which saw Anderson after the game state that Cullen had encroached him with Joe adamant, he did nothing wrong. He won his first match on a Premier League night since February and earned a spot in the semi-finals.

World number one Peter Wright was Cullen’s semi-final opponent. Wright aimed to keep his hundred percent win record in the Premier League semi-finals. The match was very scrappy with many loose darts from both, but four 180’s and an 88.17 average was enough to see Cullen reach his second final beating “Snakebite” 6-4.

Michael van Gerwen did not get the win on the night but can also be happy with the fact he has strengthened his lead at the top of the table with only Cullen earning more points than him on the night. His lead at the top is extended to three points ahead of second placed Peter Wright after reaching the final and earning one more point in the process.

“Mighty Mike” beat Michael Smith 6-5 in a very nervy quarter final for the Dutchman with van Gerwen averaging less than “Bully Boy” in the match. An 89.53 average was enough to see him through, despite being outscored by Smith through out the match.

He beat Jonny Clayton in arguably the highest quality game of the night in Rotterdam with the Dutchman averaging 103.28 in a 6-3 win. Van Gerwen included an impressive 138 checkout to close out the match hitting double nine to complete the combination shot after hitting two treble twenties.

The Premier League will return next week in Birmingham with Joe Cullen facing Gerwyn Price in a big tie in the race for the play offs. Michael van Gerwen will face bottom of the league James Wade in quarter-final action.

The Cazoo Premier League is being broadcast live on Sky Sports in the UK, through the PDC's worldwide broadcast partners including DAZN and Viaplay, and on PDCTV for Rest of the World Subscribers (excluding UK, Ireland, Germany, Austria & Switzerland