THE ROCKSTAR RETURNS FOR MASTERS DEFENCE 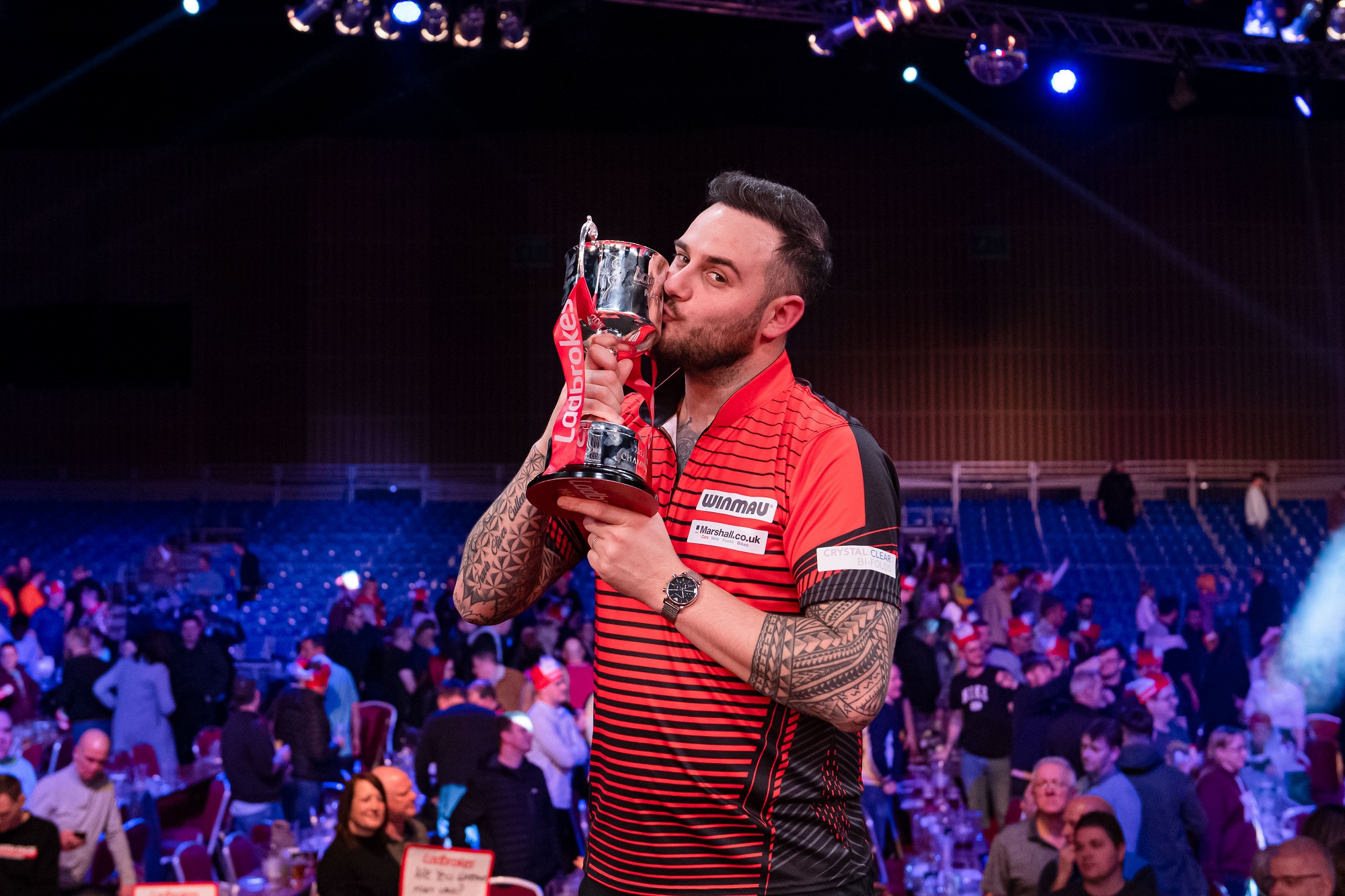 THE ROCKSTAR RETURNS FOR MASTERS DEFENCE

The PDC year is underway with the Cazoo Masters kicking off on Friday from the Marshall Arena in Milton Keynes. Joe Cullen secured his route to the Premier League after winning the event last year, beating Dave Chisnall 11-9 in the Final.

The Rockstar will begin his title defence this year against recent World Championship Quarter Finalist Chris Dobey in the First Round, with the winner set to face World Number 5 Luke Humphries in the Last 16.

The Winmau man will certainly have his work cut out on Friday, with Hollywood showing at the Alexandra Palace the major improvement to his game in particular his scoring in legs. The World Number 21 shocked 2018 World Champion Rob Cross in the Last 16 of the World Championship with a 4-2 victory over Voltage.

Cullen will know the threat he possesses with back to back wins on the Pro Tour last year, as well as the Hungarian Darts Trophy where he beat William O’Connor 8-2 in the Final.

The World Number 12 ran into a rampant Michael Smith at the back end of last year, with a brilliant display from Bully Boy averaging over 103, ending the hopes of the Premier League finalist making his first Quarter Final in North London.

The Bradford thrower enjoyed his best darting year in 2022 and will hope to start this year in the same way, as he prepares to enter a venue he’s accustomed to winning in this weekend.

Michael van Gerwen will kick off his hunt for a sixth Masters title in the Second Round, with the Dutchman in the top 8 on the order of merit meaning he avoids the prospect of a First Round matchup.

Mighty Mike is the Number 3 seed coming into Milton Keynes, and was involved in a classic World Championship Final with new World Number 1 Michael Smith, which included the best leg the sport has ever seen.

The Vlijmen man claimed the Matchplay, Premier League, Players Championship Finals and the Grand Prix in 2022, and will be looking for a good run in the Masters ahead of the defence of his Premier League crown.

MVG could face recent World Championship Semi Finalist Gabriel Clemens in his opening match, with the 39-year-old becoming the first German to appear in a Quarter Final and Semi Final at the Alexandra Palace.

The German Giant will have to beat former Grand Slam Champion Jose de Sousa if he’s to set up a clash with the six-time winner, as the pair set to meet in Friday’s evening session.

Reigning UK Open champion Danny Noppert comes into the Cazoo Masters as the Number 8 seed so like Van Gerwen, avoids the prospect of a First-Round tie in Milton Keynes.

The Winmau man beat Michael Smith in a last leg decider in the Final at Butlin’s Minehead to win his first major televised title, winning what many describe as the “FA Cup of Darts”.

The Freeze could face World Number 9 and Grand Slam Runner Up Nathan Aspinall, with the Asp’s last match on the stage a classic with young darting sensation Josh Rock where he lost a last set decider in the Third Round.

The Stockport man will have to beat Stephen Bunting in the First Round, with the Bullet beating the likes of Dave Chisnall and Luke Humphries in a memorable run to the Quarter Finals at the Alexandra Palace.

Noppert showed his capabilities last year after he went on to reach his First World Matchplay Semi Final, whilst going to the Semi Finals of the World Cup in a Dutch partnership that didn’t include Michael van Gerwen, after Mighty Mike opted to miss the tournament due to surgery.

The 2023 Cazoo Masters starts on January 27th from the Marshall Arena with Joe Cullen hunting for another strong run as he looks to secure his spot in the Premier League, after a sensational run last year where he lost a last leg decider in the Final to MVG.