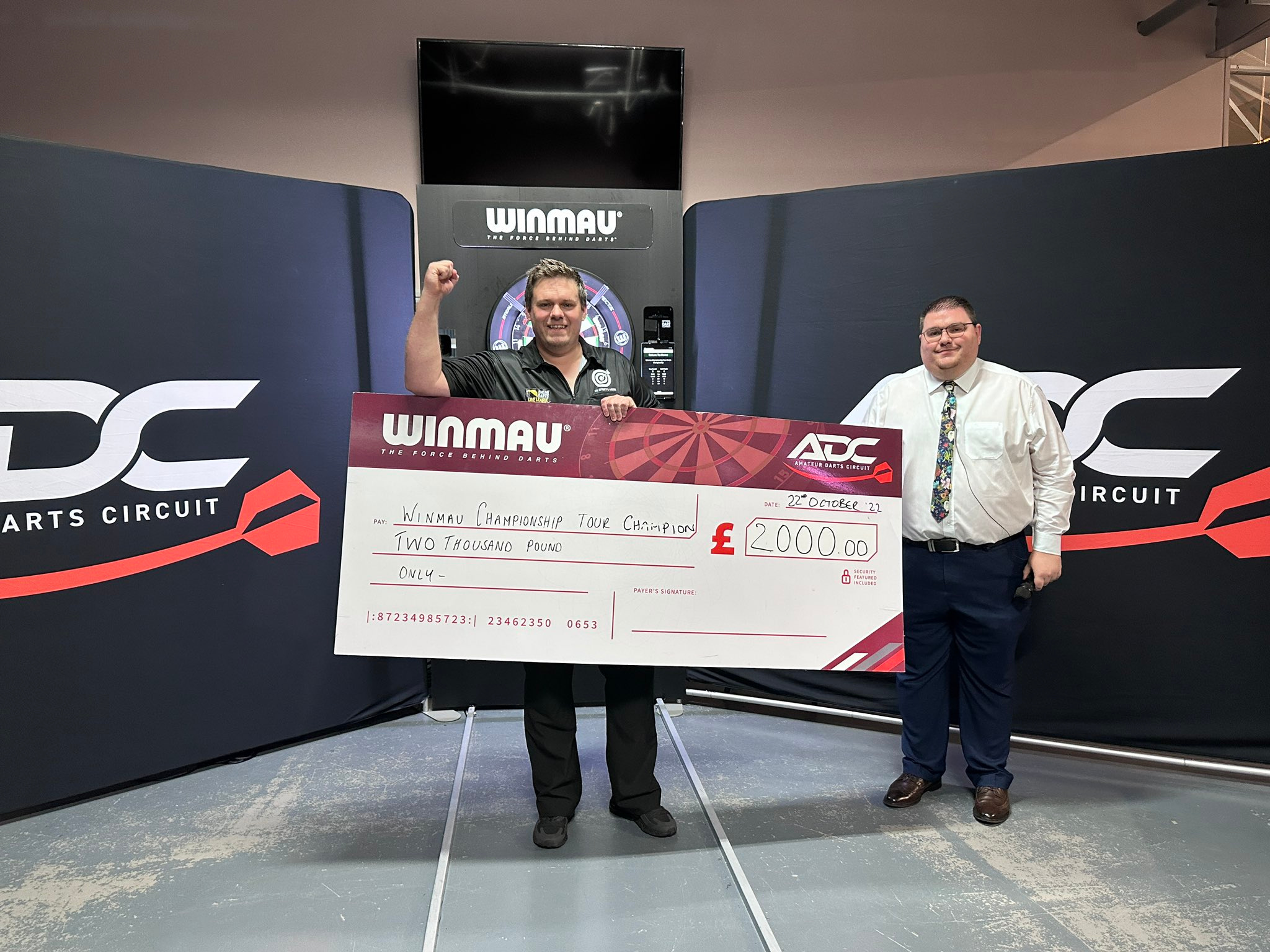 Tony Newell following on from his success back in May for Championship Tour 2, achieved glory again in the Amateur Darts Circuit after winning the Winmau Championship Tour Grand Finals in Reading, beating Scott Taylor 8-4 in the Final.

The Englishman defeated tournament fourth seed Kevin Garcia in the Quarter Finals, clinching a last leg decider 6-5 despite averaging lower than his compatriot. The Bear included legs in eleven and twelve darts with a 144 crucially breaking throw in the sixth leg to level at 3-3.

The St Helens born thrower hit the highest checkout in the match, with three ton plus finishes in a row wrapped up with a 160 finish for a 5-3 lead. Newell won the remaining three legs to set up a Semi Final with 16th seed Sam Cromwell.

The 40-year-old ran out a 7-4 winner in the Semi Finals and included a shanghai finish in the eleventh leg to book his spot in the Final, his second of the year having waited since May for a good run in the Championship Tour.

However, for the 31-year-old, the Final may have been one game to many after losing 8-4 to the man from Kendal, who averaged 90.48 over the twelve legs played. Newell threw another eleven-dart leg, checking out 86 in two darts in the eleventh leg to go one away from victory winning the last five legs in the Final.

The man ranked 26 for the tournament included an eleven-dart leg of his own in the seventh leg, finding scores of 180 and 140 before finishing 91 in two darts in what was his last leg of the Final.

The Englishman’s win in Reading earnt him a huge £2000 in prize money, with the prize pot doubled from the original Championship Tour events for the Grand Finals on Saturday.

Adam Atkinson the ADC Number 2 and Steve Brown the number three in the rankings met in the Quarter Finals, with the Poolie completing a 6-4 win despite both players failing to register an average over 80.

The win sees the Englishman move 322 points ahead of the Bomber in the rankings, with help from the Championship Tours in getting him to where he has after earning a staggering 384 points from his wins in Championship Tours 1 and 7.

The ADC has recently agreed a deal with the MODUS Super Series, allowing 50 places to players competing in ADC sanctioned events so expect to see the likes of Adam Atkinson, Tony Newell and Scott Taylor competing in the weekly competition.

A fantastic year for the ADC who have taken the next step in making grass roots darts a lot more enjoyable for players, with professional setups from Winmau and competitions that include quality throwers like Steve Brown and Adam Smith-Neale all competing for good prize pots.