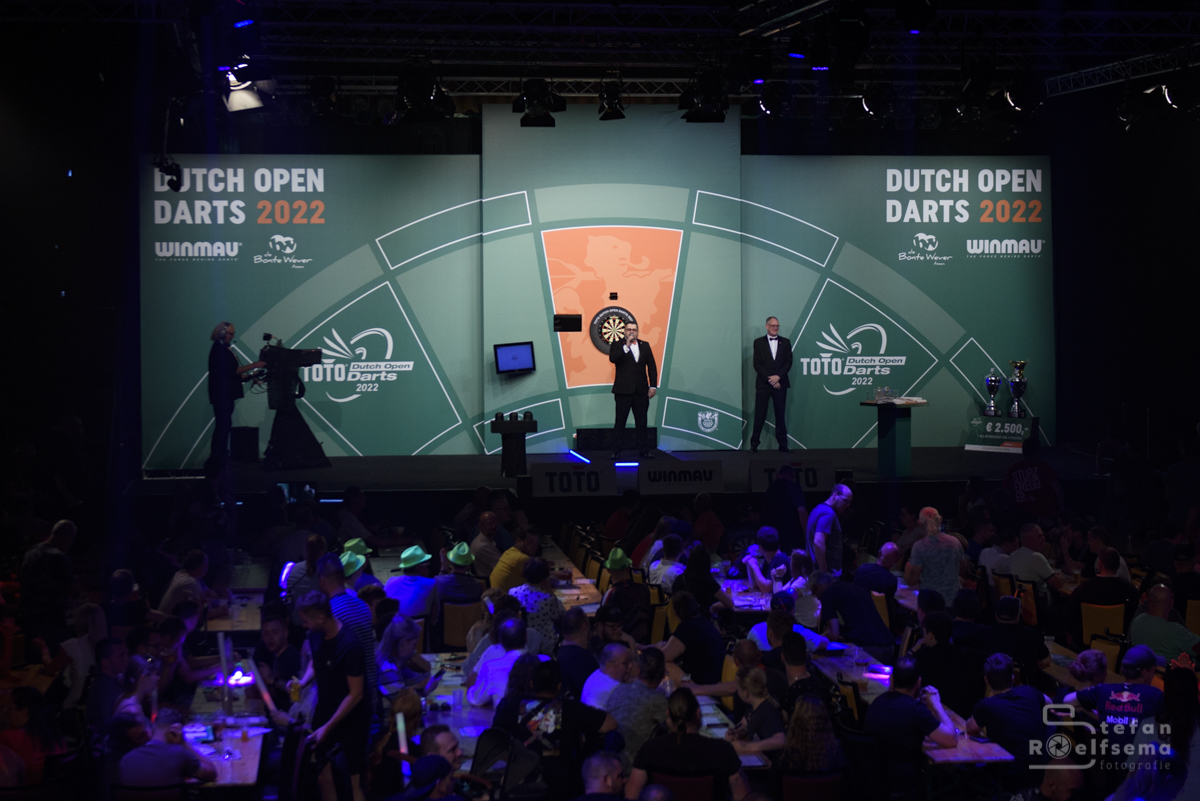 For more than 10 years, RTL7 was the darts channel that broadcast all PDC events on television in the Netherlands and on January 29, 2023, they will broadcast darts again, with the entire evening dedicated to the final day of the TOTO Dutch Open Darts 2023.

Organised by the Nederlandse Darts Bond, the TOTO Dutch Open Darts takes place over three days and is the largest open darts tournament in the world. There’s over 5,000 players currently registered to play, with some well-known players in the field such as the current WDF World Champion Neil Duff, Ron Meulenkamp, James Hurrell, Richard Veenstra, Deta Hedman and Aileen de Graaf looking for glory!

Last year Jelle Klaasen won the men’s singles tournament. He will be looking to retain his title in 2023 as will the reigning Women’s WDF World Champion Beau Greaves, who also recently took part in the PDC World Championships.

All finals will be played on the large stage on Sunday 29 January. From 17.00 the program will be broadcast LIVE on RTL7 and presented by Marcel Maijer. Between matches there’s analysis from Vincent van der Voort as well as interviews with various top darts players and the chance for everyone to sample the atmosphere from this wonderful event.

The TV program reads as follows:*

Action from Friday and Saturday at the TOTO Dutch Open Darts can be followed via a Livestream on the NDB YouTube channel.

On Sunday you can also watch the pairs finals and the youth finals on the same YouTube page.

Tickets:
Would you like to come to the Bonte Wever, to watch the finals? Tickets are available here and are also sold at the door.