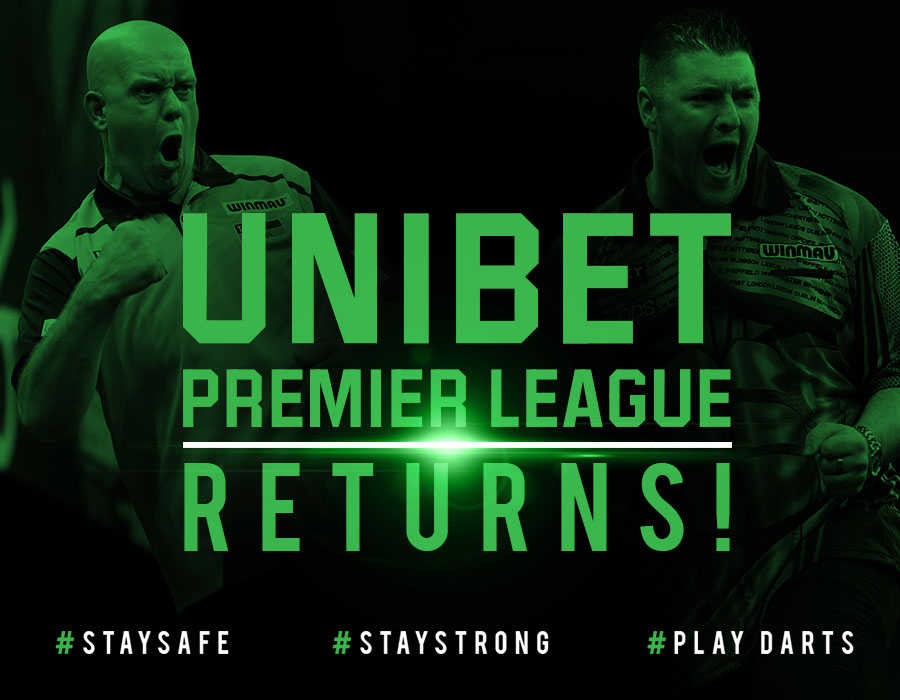 With just three games left before Judgement night, the league table is looking to be one of the tightest in Premier League history. Both Michael van Gerwen and Daryl Gurney are both eager to get back under way, but they are battling at different ends of the table.

World no.1 MvG has topped the league stage of every Premier League since his debut in 2013, lifting the trophy five times in his career.

He finds himself just a point behind Glen Durrant who leads the league and is in a buoyant mood ahead of the return of the tournament.

“Obviously it’s going to be different with the conditions behind closed doors with no crowds over the next 2 weeks, but I’m going to make sure I’m at the top of my game, which you have to be all the time in the Premier League”

“It’s really tight at the top at the moment and I want to get off to the best start possible against Rob first and just take it from there, Glen is just a point away and I’m going to make sure I give everything to get to that top spot come finals night”

Daryl Gurney however finds himself in a much different scenario, looking to pull off a mission impossible style escape at the other end of the table.

Superchin finds himself in the elimination spot in 9th and three points off his nearest rival, but the Northern Irishman still remains hopefully of pulling off an upset.

Daryl said “Obviously it’s a Premier League that I probably want to forget, but I’m not mathematically out yet and still have plenty that I can show on that stage.”

“Playing on the Premier League stage week-in, week-out can be really tough, especially with ProTours and Televised darts tournaments in-between. I’ve taken this period that we’ve had off as a well needed break to recuperate and work on the fundamentals of my throw, I’m ready now to get back to top-level competitive darts”

“The majority of people will be writing me off, but I’m looking at this as a free throw of the dice so to speak, I don’t feel pressure on myself and I’ll just be taking it as one game at a time. “

“It’s been probably the most tightly fought and competitive Premier League that I can remember, if I can win all three of my games then who knows what can happen?”

Daryl’s first game of the Premier League return is against Challenger Chris Dobey, whilst Michael van Gerwen faces Rob Cross – live on Sky Sports in the UK, on PDCTV for Rest of the World Subscribers and through the PDC's worldwide broadcast partners.