Van der Voort Smashes his way into World Matchplay Round 2 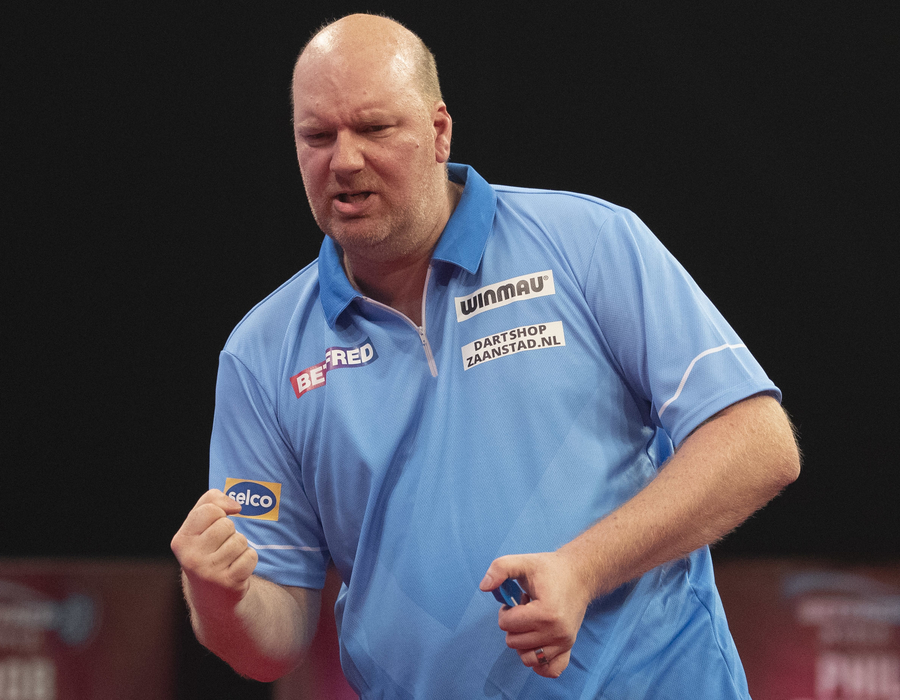 Van der Voort Smashes his way into World Matchplay Round 2

The practice and best buddy of World No.1 Michael van Gerwen swept aside Dave Chisnall 10-6, reeling off five successive legs in his opening clash at the Marshall Arena.

Van der Voort has spent lockdown practising with MVG and it certainly seems to be paying off in Milton Keynes.

He said: “I feel great of course. After four months off playing the Summer Series was hard. I knew I had a lot of practice ahead of me.

“Every venue is better than the Winter Gardens. I think they shoulder the whole place down and build it up again.

“The crowd was against me today, I thought they were booing me!

“It’s difficult to play in a situation like this. I think the PDC have done a great job. I’m always critical of everything the PDC does, everybody knows that. But they’ve done a great job the last two weeks putting this on.

“I can play like this three or four nights in a row and then the next one I play a 80 average. That’s really frustrating.

“Hopefully I can be more consistent. But obviously consistency comes with practice and it’s difficult for me to practice all the time.

“Every opponent I get it’s not about them, it’s about me. If I turn up and play well I can give everyone a game and beat anybody. But if I don’t turn up they have an easy night.”