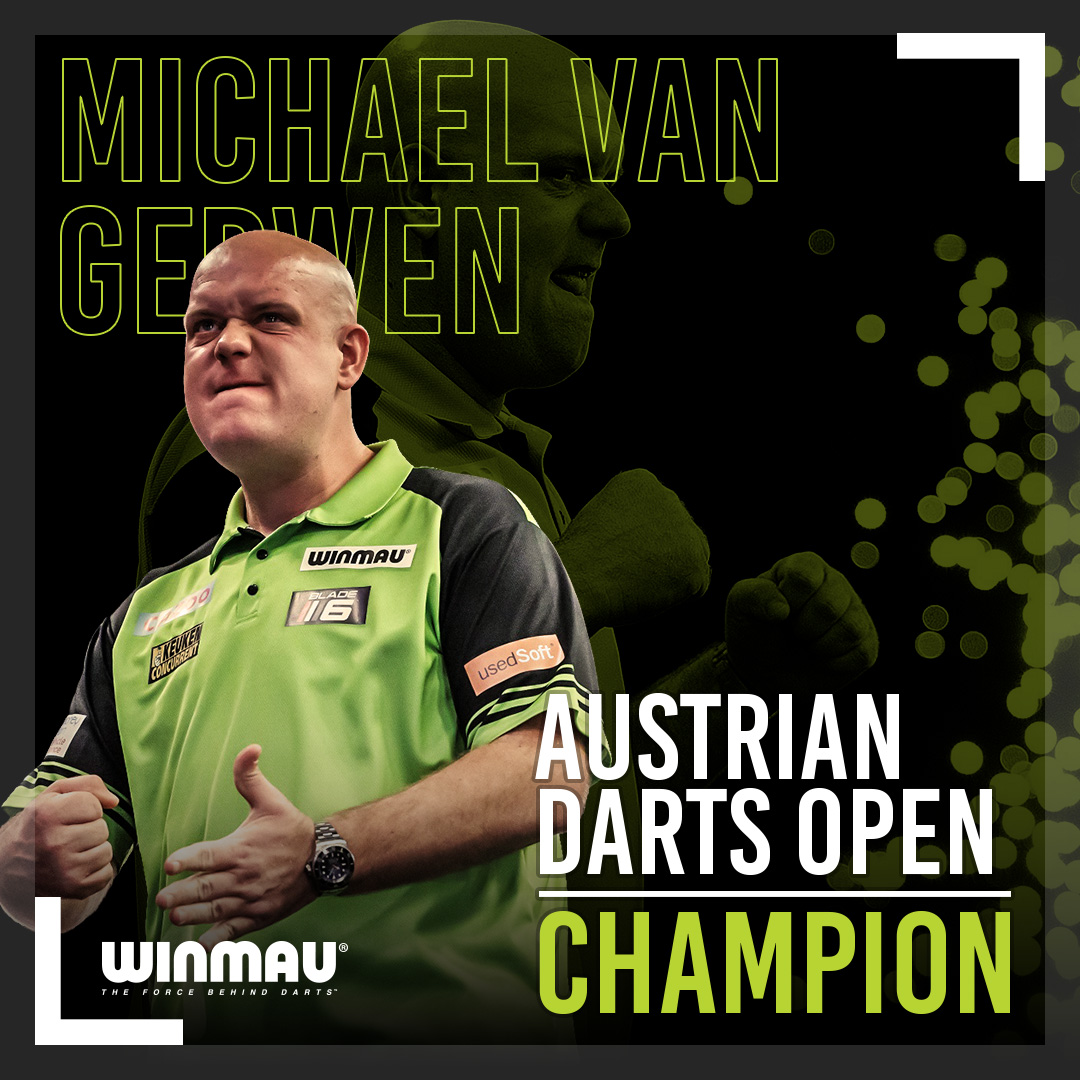 Michael van Gerwen won his second Euro Tour of the year after beating UK Open Champion, Danny Noppert 8-5 in the Final to claim the £25,000 prize for the Austrian Darts Open winner. The Dutchman continues his brilliant form in 2022 and solidifies his spot as the World Number three with Michael Smith not featuring in Austria and James Wade losing to ‘Mighty Mike’ in the Third Round.

The Dutchman beat Noppert in the Final with a 98.78 average and closed out the final on 60, hitting tops with his second dart to reign supreme once more in a tournament, van Gerwen has only lost two matches in. Noppert pressured the 60 with his second maximum to leave double 13 but it was not going to stop van Gerwen from claiming another Euro Tour title of 2022.

There were two ton plus finishes in the final, one for each player with van Gerwen finding a 121 checkout in the seventh leg to take a 4-3 lead whilst Noppert found a Shanghai (120) finish in the fifth leg to break his Dutch compatriot’s throw.

Mighty Mike enroute to victory beat the likes of Stephen Bunting in the Semi Final 7-5, hitting double eight on his return to the oche after missing a dart at the same double for a 124 out.

His best performance on Sunday came in the Quarter Finals against another Dutchman Dirk van Duijvenbode, as MVG averaged 106.05 in a 6-1 victory. ‘The Titan’ averaged a very solid 103.38 and will feel he should have had more than the one leg he won in Austria.

Van Duijvenbode had just three darts at double all game despite the three-figure average, in what was a magnificent performance from the former three-time world champion van Gerwen.

The Freeze still waits for his first European Tour title but can be proud of his achievements in Graz having played a game more than the likes of van Gerwen, having beaten Jermaine Wattimena in the opening round on Friday.

Stephen Bunting reached the Semi Finals of the Euro Tour for the first time this year, losing to eventual winner van Gerwen 7-5. The former Lakeside winner did beat 2018 World Champion and former World Matchplay champion Rob Cross in the Quarter Finals including an 88 checkout in the opening leg to break throw.

Ricky Evans enjoyed a strong weekend in Graz after reaching the Quarter Finals, beating youngster and winner on the Pro Tour Danny Jansen to make his way through. Rapid would fall short to Nathan Aspinall in a last leg decider, despite a late comeback after being 5-2 down. Aspinall eventually got over the line in the last leg finishing double 16 with his first dart.

The Premier League Darts returns on Thursday with the competition heading for Glasgow as four weeks now remain before Finals night in Berlin. Michael van Gerwen sits second in the table behind Jonny Clayton and faces Joe Cullen in the final Quarter Final on Night 13.