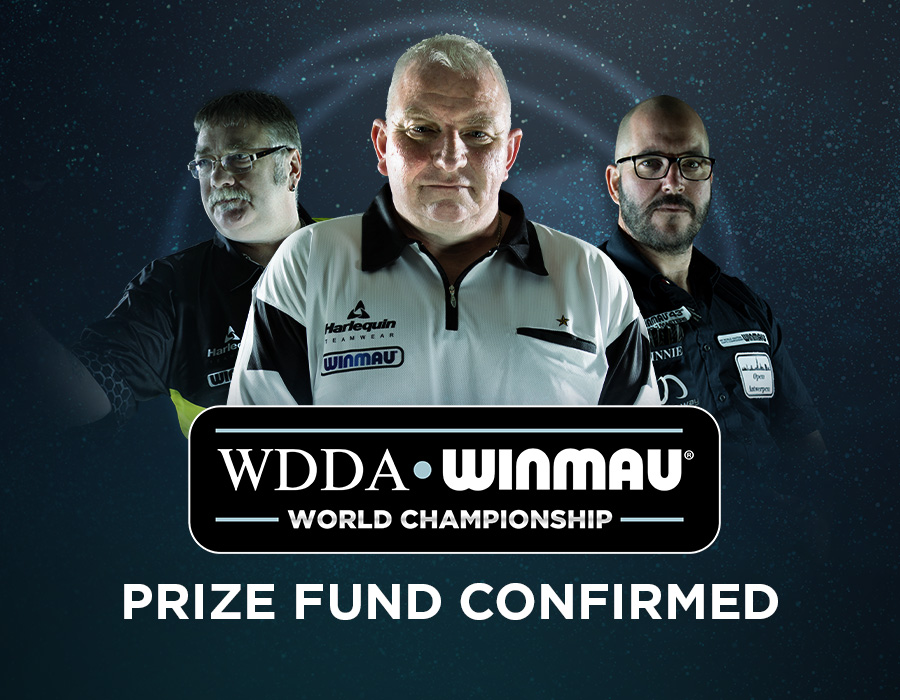 The prize fund for the inaugural WDDA Winmau World Championship has been announced with an incredible 4,400 euros to play for!

The winner of the landmark tournament will pocket a 1,000 euros winner’s cheque along with the prestige of being named the first ever WDDA Winmau World Champion.

Winmau are also pleased to announce that Winmau TV will be broadcasting the final live and for free worldwide.

Russ Strobel, President of the WDDA, said: “We can’t thank Winmau enough for working with us to create this amazing opportunity for the WDDA and its players. This tournament will represent the pinnacle of the WDDA system and will be THE tournament that every player wants to win. We can’t wait to find out who will be crowned the inaugural champion and it is exciting to know that viewers across the globe can tune in for free via Winmau TV to watch what will no doubt be a scintillating final”.

The full breakdown of the prize fund (in euros) is as follows:

20 of the qualifiers have already been announced, with the event taking place alongside the World’s biggest open event, the Dutch Open, on 31st January at De Bonte Wever, Assen.