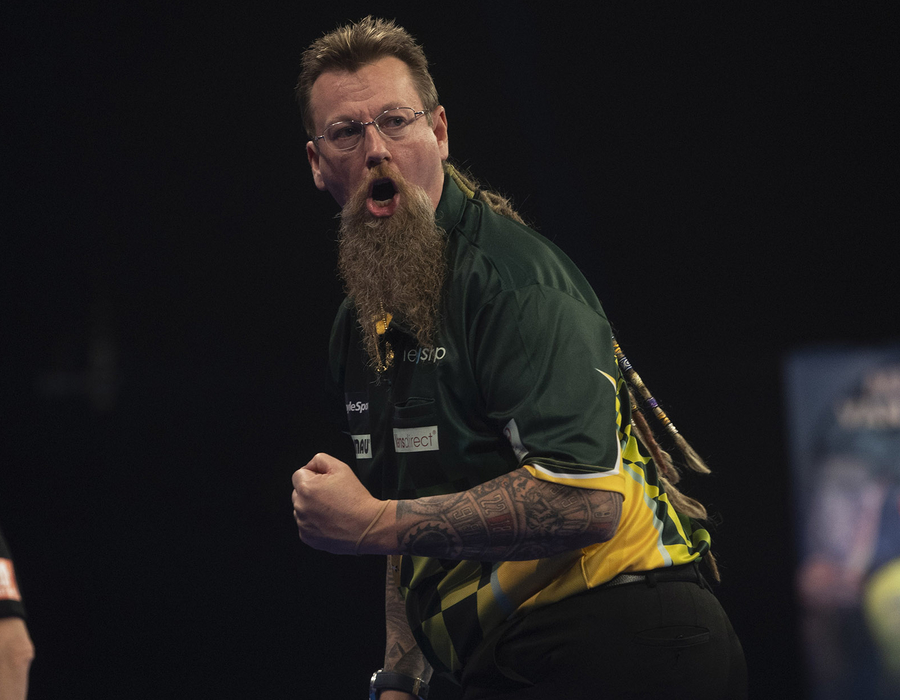 The Wizard of Oz, Simon Whitlock, claimed his place at the BoyleSports Grand Slam of Darts at Monday's PDC Tour Card Holder Qualifier in Coventry.

Fresh off his quarter-final run at the World Cup of Darts with Australia, Simon defeated Toni Alcinas, Martin Schindler and Matthew Edgar on his way to qualification.

Dave Chisnall, Krzysztof Ratajski and Ryan Joyce also headlined the eight players to qualify. All Tour Card Holders not to have secured qualification for the televised event took part in the qualifier at the Ricoh Arena, where the Grand Slam of Darts will be played from November 16-24.

World number ten Chisnall edged out Brendan Dolan 5-4 in their decider as the 2014 runner-up qualified for a ninth time.

Click here to view all results from the qualifier.

Click here to view all match stats through DartConnect.