Whitlock and Gurney Progress into Round 2 - European Championship Night One 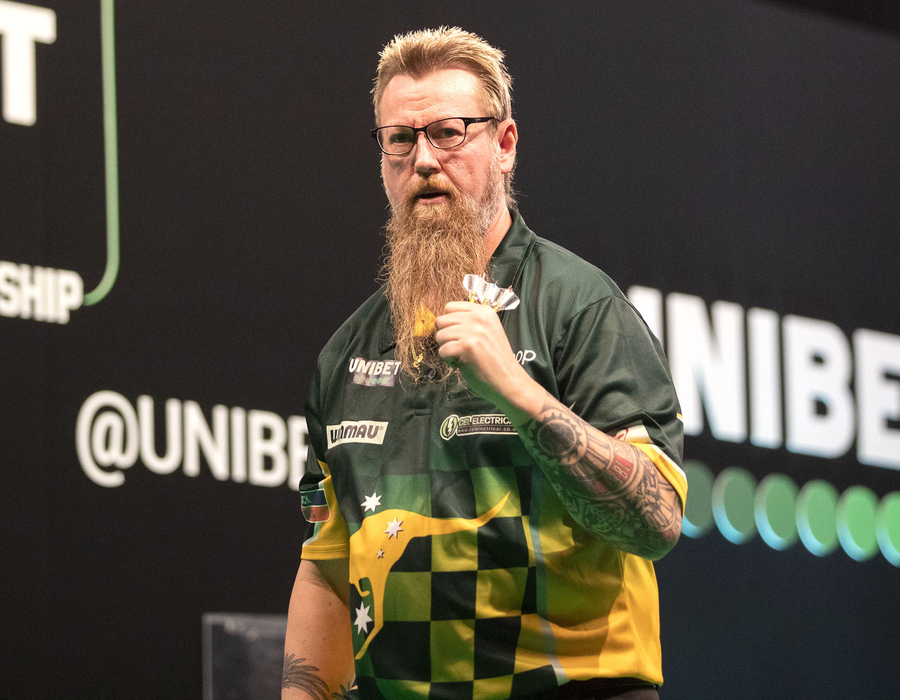 Whitlock and Gurney Progress into Round 2 - European Championship Night One

Daryl Gurney and Simon Whitlock both progressed into the second round of the European Championships last night after defeating Willie O’Connor and Adrian Lewis respectively.

Whitlock averaged just shy of 100 and hit a lethal 67% success rate on the doubles to defeat the former two-time World champion 6-1.

Gurney closed the night’s matches against Willie O’Connor, with Daryl rattling in 5 maximums on the way to a 6-4 win.

Opening the night’s games, Mervyn King suffered a 6-2 defeat at the hands of Joe Cullen as “The Rockstar” capitalised on King’s missed doubles.

The tournament continues today at 12.45 local time (11.45 UK Time) with another 8 matches to  complete the second round line-up before the next round gets underway tonight.