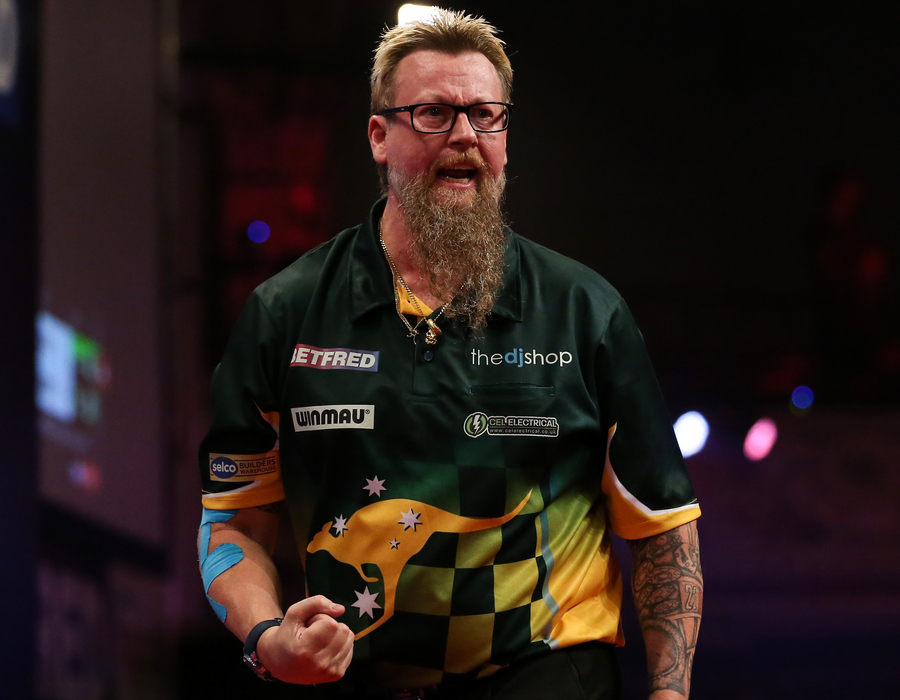 The ‘Wizard of Oz’ Simon Whitlock weathered a Scottish storm from John Henderson last night, securing his place in Round 2 of the World Matchplay.

Two-time semi-finalist Whitlock edged the encounter 10-8, but had to produce darts of the finest order to overcome a 101 average from Henderson.

Daryl Gurney also got his campaign underway in winning ways, defeating Ricky Evans 10-7, rattling in a staggering nine maximums in the process.

Superchin took an early 2-0 lead before pulling away to an 8-4 advantage, Evans then rallied to close the gap to 8-7 with three consecutive legs.

Evans couldn’t sustain the pressure however and Gurney capitalised to win the final two legs, including back-to-back maximums in leg 17.

The other match of the evening saw Keegan Brown defeat Jonny Clayton 10-8. Both men were neck and neck throughout the encounter, but Brown’s superior finishing proved to be the difference.

Brown manages four 100+ checkouts in the match, hitting them at crucial times to stop the momentum of Clayton and book a second round match against Gurney on Wednesday.