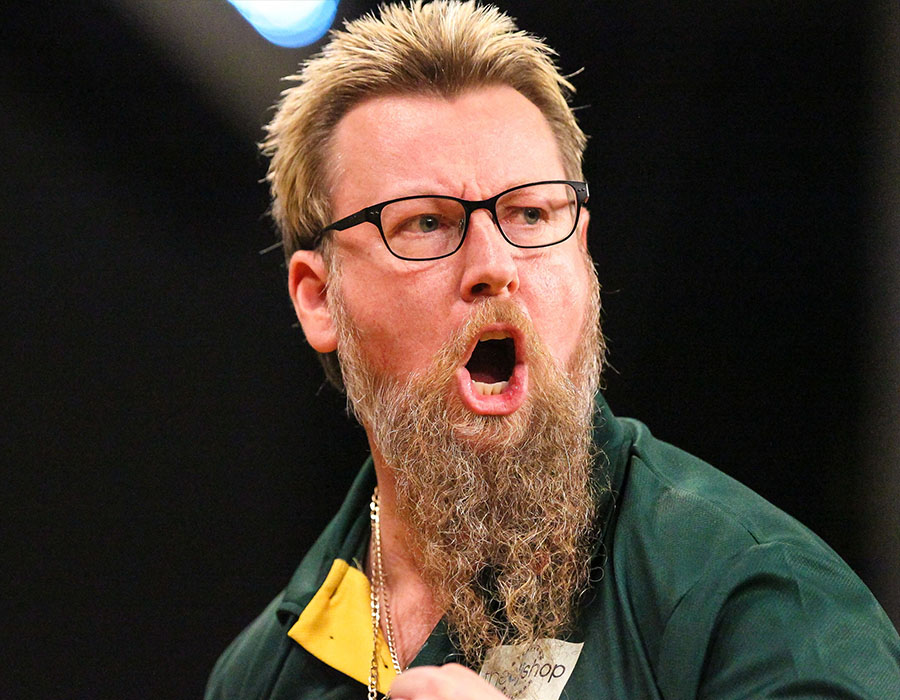 The Wizard of Oz hit a strong 40% of his doubles with a 95 average in the 10-6 win and now faces a group stage rematch against fiery Welshman Price. The pair lit up the stage in their Group F match earlier in the tournament, which Whitlock edged 5-4. Gerwyn Price eased his way past Josh Payne 10-5 earlier in the night to set-up the clash with Whitlock.

Dimitri van den Bergh smashed in a 9-darter on his way to dumping out former Lakeside Champion Stephen Bunting. Both men struggled on their doubles throughout the clash, with Dimitri eventually pulling into a 8-6 lead and put the icing on the cake with the perfect leg.

Mensur Suljovic will face the young Belgian next after his 10-7 win over World Champion Rob Cross. Cross lead 6-0 in the 180 stats but his poor finishing let him down as Mensur hit 43.48% of his doubles.